The Kurds appear to be about to be left in the lurch, again. Although, I am skeptical that the US military will withdraw in any meaningful sense. They’ll withdraw enough to watch our short-term allies get slaughtered.

The US has a long and inglorious history of politically destabilizing places, then blaming the residents for not “standing up” for themselves. Then, sometimes, we get involved, make matters generally worse, and then leave. 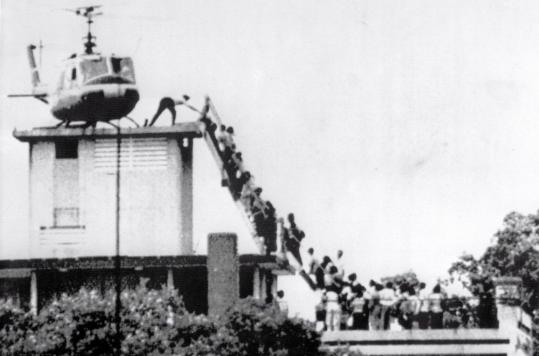 Our erstwhile allies get slaughtered. That appears to be the menu for the Kurds, who the US screwed over after Gulf War I, then screwed over again (because we are big fans of “democracy” and sovereignty except for where it interferes with our puppet governments) when they tried to create an independent state – and now they’ve been casually thrown to the Turks for a bit of the old genociding.

Let me tell you how some of that is going to play itself out: the Kurds are going to die hard and the region is full of weapons. The Turkish military appear to be poor at handling state of the art gear – [stderr, turkish armored vehicles demonstrating fatal incompetence] – they’ve been complaining about having a guerilla war with the Kurds for decades, now, and they’re just about to re-invigorate that war. The Turks are going to get a bloody nose or two, freak out, and feel justified in trying to commit genocide under cover of “anti-terror.” As the US has taught.

A lot of people are going to die. The US does not give a shit; I think somewhere in some policy office some American policy-maker (Steve Miller comes to mind) is going to frame all of this as a “population reduction project.” It’s not “collateral damage” it’s “extra credit.”

After the Vietnam War, there was a large influx of Vietnamese immigrants (who brought us Phở Soup to brighten our undeserving lives, especially those who live in the frozen wasteland known as “Minnesota”) fleeing the slaughter that was about to happen. Now, with the US deliberately adopting a policy of refusing to accept immigrants, any Afghani or Kurdish helpers are probably looking at the doors remaining resolutely shut to them.

Remember when the US created ISIS? Saddam Hussein’s Iraq, which was a hot mess held together by fear of Saddam, was uncorked into a full-blown insurgency under the unconscionably incompetent colonial rule of Paul Bremer, who oversaw the demolition of Iraqi civil society – the fabric that organized it and held it together – basically ripping the lid of an insurgency that had been on “pause” for decades because everyone involved feared Saddam more than they hated their enemy. There’s a point here that I’d like to shine some light on: the Iraqis immediately realized that the US is a bunch of chucklefucks who are not capable of “nation-building” and who were going to just try to run their usual playbook of throwing money at a puppet dictator who would just put the lid back on the situation, however brutally.

But the icing on the cake was a fellow with the serial number US9IZ-157911CI – a prisoner in Abu Ghraib prison, who came to hate America with a deep passion; a good tactician, a very pissed off individual. He is known now as Abu Bakr al-Baghdadi, and he’s the leader of ISIS. He’s our creation and he’s a rather expensive one. Ironically, he’s one of the Iraqis who “stood up.”

Another of our creations is the Taliban in Afghanistan; they were something the US helped foster in order to screw the Russians over for invading the place. They took the country over after the Russians left and started enforcing their will as they saw fit – all the US invasion of Afghanistan accomplished was hitting “pause” on their governance, while they waited for the shambolic dictatorship we created to stumble over its own corruption and begin to fall apart. This has been going on for a long time and it’s been getting worse. The US’ response has been remarkably similar to what we did in Saigon in the Vietnam War: establish safe enclaves with Burger King and Starbucks and mostly hunker down there while sending high explosive raining all over the place. The Afghanis have reacted in a way that has been remarkably similar to what the Viet Mihn did: infiltrate and occasionally shoot some Americans, watch them freak out and build the walls around their bases higher, and higher.

What’s going to happen to the Afghanis who cooperated with the Americans? There’s a certain level of troop draw-down that means the retreating troops can be overwhelmed. It probably won’t happen, because the Taliban and Syrians and everyone else will be so glad to see us go that they won’t try to give us our Dien Bien Phu. They’re going to sit back and prepare to settle scores against the locals who served the hated invader. 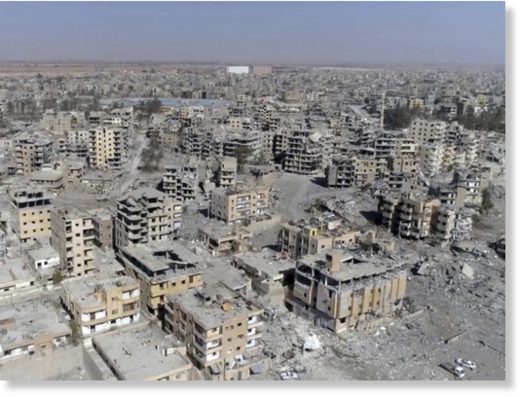 They did not just hit ISIS fighters.

This is actually not Trump’s fault. Trump’s a douchebag of the first order, but the situation was created by better-loved and more respected presidents, kicked down the road for far too many terms, because none of those presidents had a credible way to extricate themselves from the mess without suffering the embarrassment of admitting defeat. Egotistic asshats, in other words – they’d rather see lots of people die than admitting that maybe they were in a situation they didn’t know how to handle. Perhaps Trump shows one virtue: he rather obviously doesn’t know how to handle anything so defeat is not unexpected from him.

But, just in case you thought I was accidentally saying something nice about Trump; I am not. Now that the US has blown Raqqa flat [stderr] in a depressing slough of war crimes, the Trump Administration has decided to withhold $230 million that the State Department had allocated to help with reconstruction. [wp]

The State Department will pull back funding it had allocated to rebuild parts of Syria once held by the Islamic State, saying Friday that other countries will now provide $230 million in planned spending.

Most of the U.S. money was first announced in January by then-secretary of state Rex Tillerson to “stabilize” areas such as the Syrian city of Raqqa, which was largely destroyed by U.S. airstrikes and proxy combat on the ground in a major offensive that ousted the Islamic State last year.

The spending was frozen in March, after Tillerson was fired, as part of President Trump’s effort to hasten American withdrawal from Syria and turn more responsibility over to members of the U.S.-led coalition. The administration informed Congress on Friday that the money would be “redirected” away from Syria to other, unspecified areas.

I have a suggestion for the Republican 2020 election campaign: “FUCK YOU WE ARE AMERICA” hats.

Retreating is one of the hardest military tasks, because you need to continue to hold your zone of control while your forces get smaller and displace from their positions.

A retreat, however skillful the maneuvers may be, will always produce an injurious moral effect on the army, since by losing the chances of success yourself you throw them into the hands of the enemy. Besides, retreats cost far more, both in men and materiel, than the most bloody engagements; with this difference, that in a battle the enemy loses nearly as much as you, while in a retreat the loss is all on your side. – Napoleon Bonaparte

You gotta listen when Napoleon Bonaparte talks about retreats. He was the bomb at retreats.
Al Jazeera reports: [ajz]

Armed men have detonated a car bomb before storming a Kabul government compound in an ongoing attack, officials and witnesses said, in the latest violence to rock the Afghan capital.

A number of armed attackers entered the compound where the Ministry of Public Works and an office of the Ministry of Labour, Social Affairs, Martyrs and Disabled are located, Interior Ministry Deputy Spokesman Nasrat Rahimi said on Monday.

Kabul police chief spokesman Basir Mujahid said police have cordoned off the area and were still battling the gunmen.

It’s Fort Zinderneuf: the Americans and the Afghan government are hiding in a defended compound, and venturing out occasionally. This is the same strategy that worked so well when the Viet Minh attacked Hue, which precipitated the US re-assessment of the war and eventual withdrawal.