What, another hurricane menacing the coast?

Actually, no: hurricanes are like bullets – the size doesn’t matter as much as where they hit you. 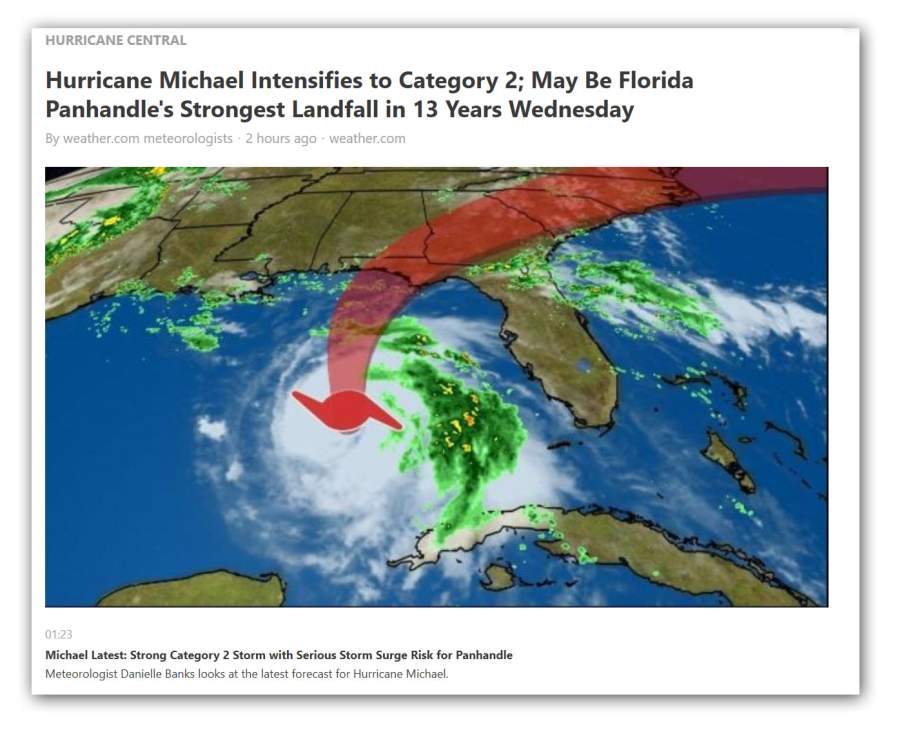 I think they should start naming the hurricanes after global warming denialists and high carbon-output corporations (after all, corporations are people, too!) – “Hurricane Exxon is bearing down on Tampa, Florida” has a more realistic ring to it.

The more I think about it the more obvious it seems, to me, that we should declare a global 20-year pause and cease-fire for all warfare. Instead of spending $1trillion on new nuclear weapons, the US should spend that money on carbon reduction. And the Russians – whose “defense” spending is dwarfed by ours, could stop building new military gear for 20 years and build windmill farms, or whatever. It’s completely foolhardy that we have a president berating NATO members for not spending enough on defense, when there is This Great Big Much More Important Thing they should be spending their money and effort upon. Imagine the plaudits that would accrue to any president who managed to stop the US and Saudis from bombing Yemen back into the stone age, and spent that money turning Yemen into a solar farm?

Of course it’s not going to happen. But, it could. 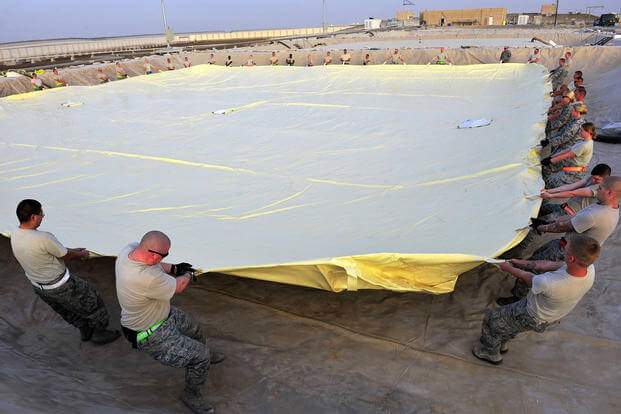 When philosophy majors play a trolley car experiment on you, or some other consequentialist moral dilemma, one of the tricks embedded in the thought experiment is that this very unlikely situation could happen. We are expected to ponder the practical effect of throwing someone in front of a train and weigh those consequences as if that sort of scenario is remotely plausible. Or, when we are considering the simulation hypothesis, we are expected to deal with the highly unlikely probability that, given all the possible realities, a bunch of them are fake. If your reaction to my suggestion that humans get their heads out of their asses and stop fighting for 20 years was that it’s absurd and unlikely, just remember it’s less absurd and unlikely than the highly unlikely scenarios that philosophers keep throwing at us. In fact, we are already (collectively) the guys standing on the one fork, with the train bearing down on us. Are we going to collectively take some action, or just stand there until we can read the fine print on the front of the train?

War consumes millions of gallons of fuel; it is not only expensive, it’s one of the most energy-profligate things humans do. Read this a couple times: [mil]

the Air Force is the largest consumer of jet fuel among the military services and spent $7.2 billion on 2.7 billion gallons of fuel in 2010

That’s just the air force. The Army and Navy are also profligate wastes of energy with a carbon footprint the size of Godzilla. They don’t just buy that fuel, they burn it. [Annual automotive fuel use is around 160 billion gallons]

Meanwhile, in some related WTF, the coalition is starving Yemen for: fuel. [hrw]

(Beirut) – The Saudi Arabia-led coalition’s blockade of Yemen is keeping out fuel needed for the Yemeni population’s survival in violation of the laws of war. Yemen is in urgent need of fuel to power generators for hospitals overwhelmed with wounded from the fighting and to pump water to civilian residences.

The 10-country coalition, which has United States logistics and intelligence support, should urgently implement measures for the rapid processing of oil tankers to allow the safe, secure, and speedy distribution of fuel supplies to the civilian population. The Houthis and other armed groups controlling port areas should permit the safe transfer of fuel to hospitals and other civilian entities. Fuel should be allowed to go through whether or not a proposed ceasefire takes effect.

Perhaps humanity is just too foolish to survive.