It is time for Argument Clinic to tackle one of the most important topics in argumentation today: how to deal with a hypocrite.

Hypocrisy is when you say something that you yourself do, is bad, in a context of criticizing someone else for doing it. 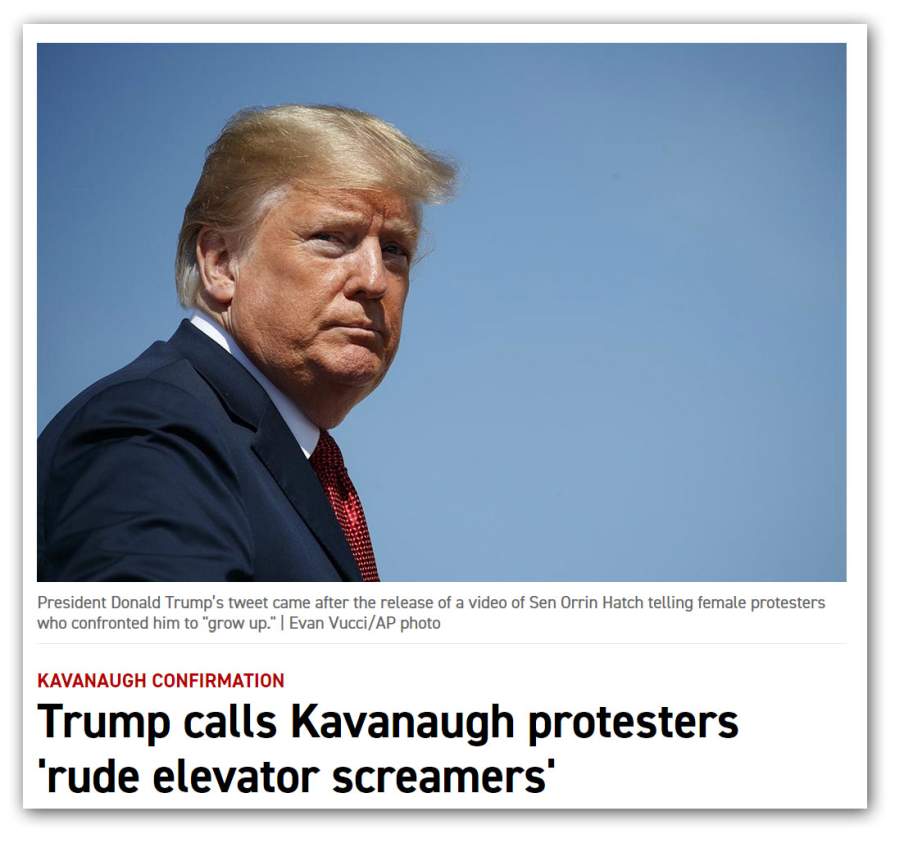 Donald Trump is fond of leading chants of “lock her up!” and calling his peers names like some kind of schoolyard bully. For him to flip around and suddenly act as though civility matters, or discourse should be courteous, is a perfect illustration of hypocrisy. And Trump is a perfect vehicle through which we can analyze the hypocrite and our response to them.

Our first reaction might be to simply call them “hypocrite!” and assume that the label, once applied, is going to do some rhetorical damage. But we don’t recommend accusing others of hypocrisy, as a strategy for a simple reason: they almost certainly don’t care. They wouldn’t be hypocrites if they cared about philosophy, or fairness, or truth – so the fact that they are willing to be so obviously inconsistent in a public forum only shows you that they’ll do more of it if they want to.

The worst-case scenario is that you point a finger at a self-aware nihilist and call them a “hypocrite” and they reply, “yeah, I’m just saying whatever I want to, in order to manipulate you. I don’t believe anything.” Trump is not self-aware; he is some kind of natural, reflexive, uncaring, pathological liar. He lies even when it doesn’t help him. Therefore, he doesn’t care about lying. If you call him a “hypocrite” your words are meaningless blah-blah because he probably isn’t listening to you at all anyway.

What to do? As always, go meta-. If you are in a dialogue with a hypocrite, recognize that they almost certainly don’t care what you say and probably aren’t listening. Is there an audience? That is who you need to talk to. Begin to talk past the hypocrite and explain to the audience what is going on: “My opponent here is saying whatever pops into his mind; he’s not concerned with saying anything consistent. He’s not a hypocrite, he’s completely disconnected from the conversation – so what does that tell you about his position? This is a guy who is willing to say anything to try to score rhetorical points – how can you believe anything he says? He’ll say anything that pops into his mind in order to win you over.” Begin to angle toward the door and plan an exit, because a protracted argument with a hypocrite is a battle of endurance and they have a huge advantage because they don’t need to actually formulate a coherent argument. They can just keep filling the air with noise; go back and watch the presidential debates with Hillary Clinton and you can see Clinton fell into Trump’s trap and started trying to grapple with the content of his words. She probably still would have lost, but she needed to say “I can’t even make sense of my opponent’s incoherent position, it’s like arguing with a 5-year-old. Look at him, he’s clearly saying whatever pops into his head. This guy is not a credible human being; he’s incapable of forming a consistent world-view beyond ‘me me me’ and he’s incapable of leading anything except a bankruptcy filing.”

There is currently a trend in the online skeptical/youtuber-sphere toward this sort of rhetorical nihilism. “Ha! Ha! I triggered you!” is basically the same maneuver: I was able to adopt a position that was so inconsistent that you were faced with a choice between rejecting our entire conversation, or having to piece-by-piece refute a mountain of nonsense. The only way out of that trap is to play to the audience: “clearly, you’re not concerned with actually defending or arguing a point, you’re just throwing out nonsense without worrying about what a hypocrite you are. It’s pointless for me to try to address your arguments in detail because they are self-contradictory. If you are ever capable of treating this matter seriously, you may find an audience but in the meanwhile I don’t see any point in trying to make sense of what you’re saying.”

Once you maneuver for the exit, that will almost certainly trigger a response from the hypocrite along the lines of, “See?! They’re running away! I hold the field! Victory!” If you want to take a parting shot as you head out the door, remember to stay meta- “You can’t declare victory just because someone was too impatient to talk to you anymore. Truth is not determined by who’s the last person standing.”

Coal Country: Matewan via Slaid Cleves » « Already Getting Inured To It