Government (you can especially see this, nowadays, in the US) does not act as a unit. It’s too big to generally agree on all of the disparate agendas it contains at any given time. It’s not that the left hand doesn’t know what the right hand is doing, it’s more like that the left foot and the right foot keep stepping on each other, deliberately.

Recently, there has been some press attention focused on the NHTSA (National Highway Transportation Safety Administration) sneaking a few true bits of information about global warming into one of their publications. It was note-worthy because the Trump administration’s general approach to global warming is to embrace it. First, act like it’s not a problem, then deny the science, and de-fund anyone who talks about it. From a distance it may seem as though the US Government has decided to have a great big nihilism-fest in which everyone declares “nothing matters, so let’s party until the lights go out!” – that’s a reasonable enough strategy if you’re a 79 year-old oligarch who is angry that young people will get to survive longer then they will; all their money can’t buy that one thing, and they’d just as soon see young people inherit a mess than to have a good life like they did. 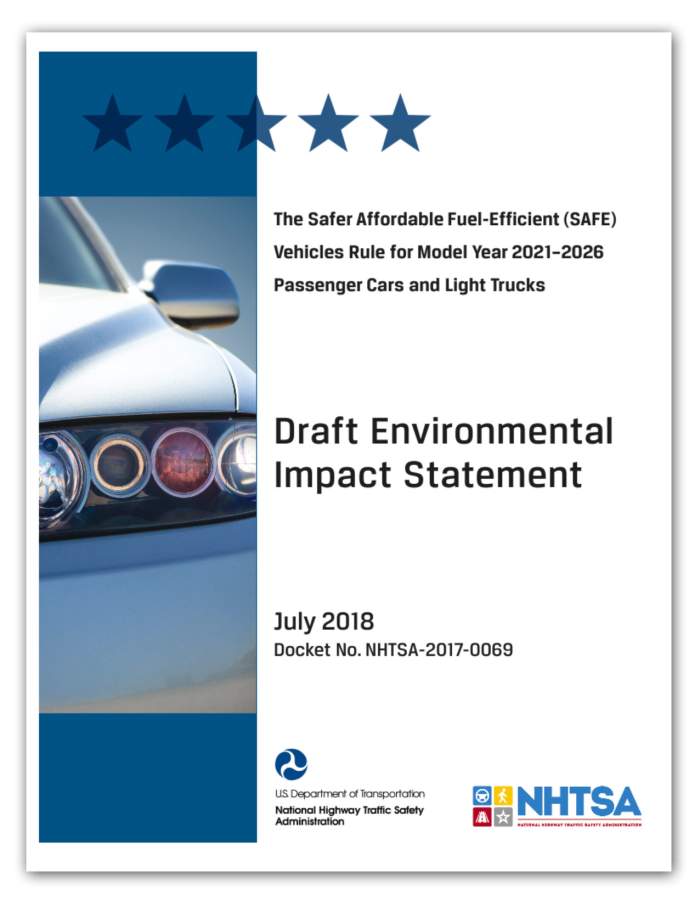 Someone lost their job over this, I bet.

The NHTSA paper has been taken down (naturally) so I squirrelled away a copy where I control the take-down [ranum.com] – it’s not tremendously ground-breaking stuff, except insofar as it comes from a government agency. What’s interesting is its conclusions: we have already fucked ourselves so thoroughly, it’s hardly worth trying to do anything more. NHTSA models several cases in which the number of gas-burning automobiles are reduced by various amounts between “not at all” and “about 1/25 of what we have now” and NHTSA’s models show: we are thoroughly fucked. 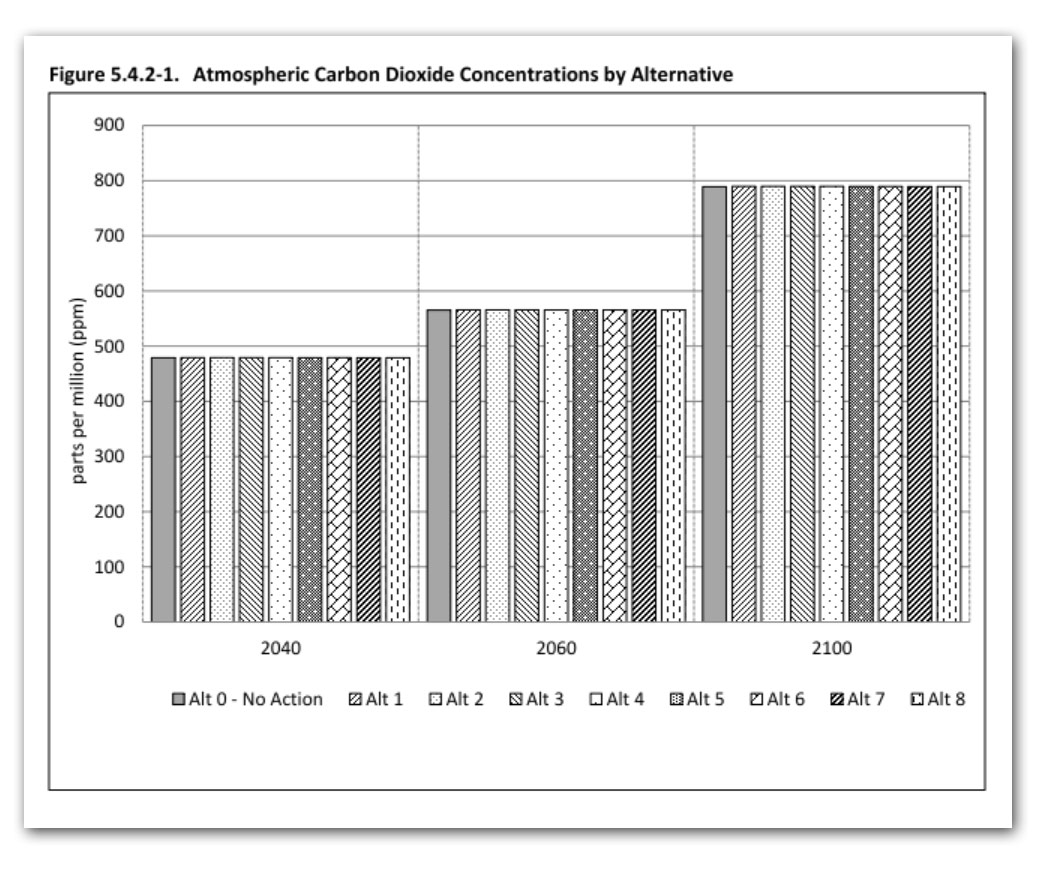 “aside from that, Mrs Lincoln, did you enjoy the play?”

NHTSA is right, to the extent that it’s pointless to do much about cars, as long as the US and China are burning coal and natural gas for power generation. They’re right, in terms of what their models show. Everyone could switch to bicycles and it won’t make a whit of difference as long as the oligarchs are flying all over the place in CO2-spewing jet aircraft. May as well stick a fork in it, it’s done. I call this the “Private Hudson Response.” 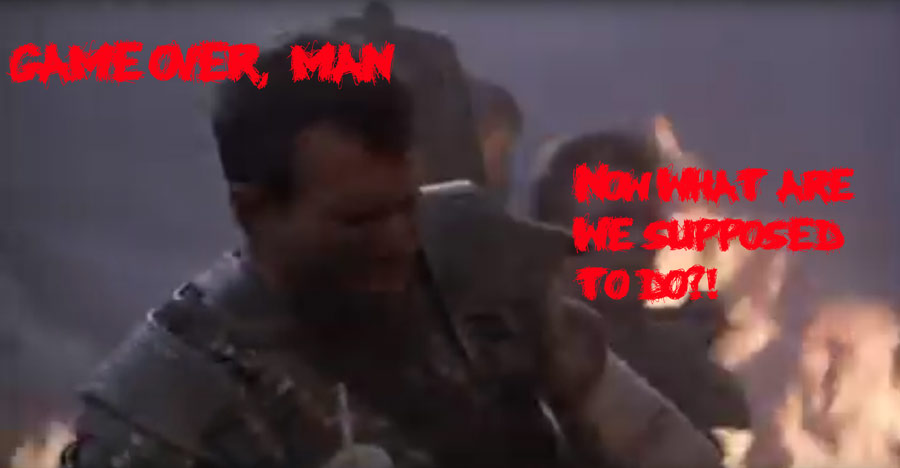 Private Hudson is right: once the situation devolves to a point where there’s basically no option that looks good, all you can do is wander around and whine for a while until you die. It’s now too late. The time to have done a smart thing was a while back, in the past, and you can’t go back and fix it. Time to die.

This is the “conservative” strategy, writ large – keep kicking the can down the road on the big problems and, when you finally run out of road, you can say “well, now it doesn’t matter.” But, it did. Back then, it did. Personally I think it’s a tragedy that so many of the “greatest generation” and the WWI generation have escaped into a peaceful death – they will never have to confront the consequences of their choices. That strategy would make sense, to me, if they had decided not to have children and their plan was to die and be beyond reach.

Projection: the can will keep getting kicked down the road. Prediction: there will be consequences, and they will be bad.

So, what NHTSA is saying is that it’s going to be time to face the music, soon, and – buh-bye! It’s a switch from outright denial (“global warming isn’t real”) to acceptance and passivity (“global warming is real and it’s not my problem”). The NHTSA paper appears to even accept global warming scientists’ projections as to what happens if we stay on this course – which, we will, because it’s inevitable. 3.8C temperature rise – a rise that will turn the entire planet into a shithole.

And, we must remember that governments and political movements do not operate with exact agreement. There were factions within the prevailing faction, that understood and believed what was going on. It just wasn’t convenient for them to go against the overall strategy of the faction. Within the overall strategy, though, there were people thinking about Plan B, Plan C, and even Plan D. What do do when the temperature rise is on the order of 3.8C.

They are working out how best to pull the drawbridge up. (@2:46)

It is enough to make one look at Brexit in new light, isn’t it? “Lifeboat England” as a real scenario. With some ethnic cleansing and considerable economic realignment, the UK could feed itself and let the rest of Europe literally “fuck off and die.” Are any of us naive enough to think that hasn’t occurred to the owners of England?

The United States Army looks at this and says “our major problem is Mexico. Mexico and Central America, where we are going to be ordered by Congress, they reckon, in the next 10/15 years – to close the border for real.”

The search for compact, portable, high-energy power sources was driven by warfare – in World War I, humans began to deploy massive coal-fired battleships, and built gigantic industrial farms in order to build the great guns, and the ammunition, and the steel plates and the shells. In World War II, gasoline and heavy oil drove the diesel-powered tanks, the great battleships, and the 4-engined heavy bombers; the blitzkrieg ran on gasoline. After World War II, the rising US superpower/empire depended on massive production (based on oil and coal and gas) to fuel pointless wars characterized by millions and millions of gallons of jet fuel being fed into armored vehicles, helicopters, and strike aircraft. As I write this, the US refuels Saudi (and US) airstrikes in Yemen, fueling them with millions of gallons of jet fuel. Human dependency on fossil fuels is the history of warfare – you will notice that the renewable sources of energy: wind, water, and sun – are not dense enough or portable enough to lend themselves well to warfare. Why do we fight these pointless wars? So that our depraved ‘leaders’ can aggrandize themselves personally; war benefits nobody else. 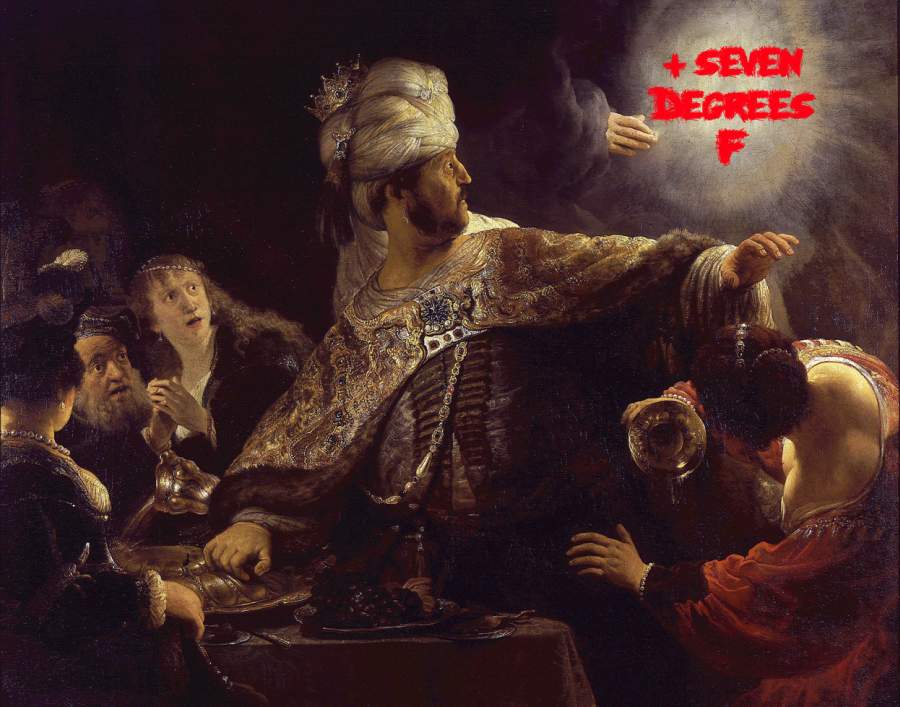 Dyer believes (as do I) that we’re going to blow past a +4C average temperature rise by 2060. That puts the planet well into the process of potential run-away feedback loops. The political will to do anything effective never really existed; the capitalists didn’t want to give up the reins of control and didn’t want to have to stop the party. There is no such thing as “enough” for some people, and – unfortunately for all of us – those are the people that humanity has allowed to rule the world. Allowing sociopaths and psychopaths to form and drive our civilization has turned out to be a really bad idea.

Gwynne Dyer is not a very good speaker, but he’s an in interesting thinker about grand strategy, and was the producer of BBC’s Climate Wars series.

After The Rain » « Hacking and Propaganda