This is one of my favorite jokes; I think of it as “zen-like” and “koan-like” – except it has one problem: it’s a “blonde” joke.

I haven’t figured out a good way to translate “blonde” jokes because their essential nature is that they are implying there is a class of people that are inherently stupid because of something to do with their hair/skin color. It’s clearly wrong in that way, and it’s also ableist, mean, and a bunch of other things. 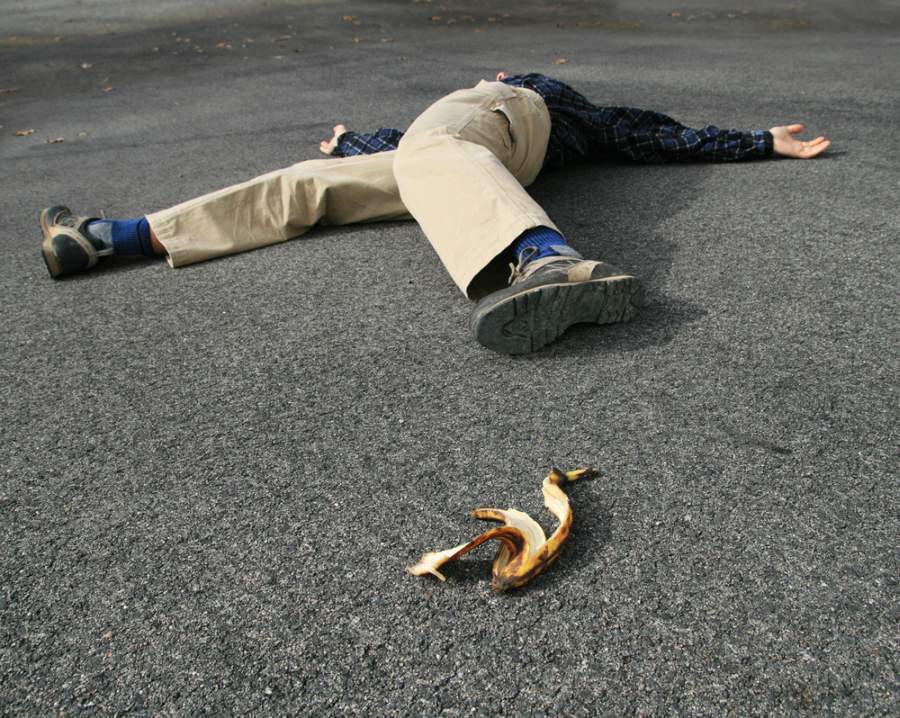 stolen from [today I found out]

How do we save this joke? How can we re-write it so it still has the same ‘punch’ but is not ableist?

A blonde is walking down the sidewalk and sees a banana peel, and says, “Oh no! I am going to fall down again!”

See what I mean? I’ve de-gendered it, but it still hangs on the notion that the blonde is somehow less wise because of their hair color. Maybe the joke is irreparable, which I would consider to be a sad thing since this joke used to be one of my teaching tools.

That’s all a nice set of thoughts, but it’s overloaded with a lot of “hurrr hurr look at the dumb person.” I suppose that what I am doing is similar to the comedian who complains that “political correctness has ruined the audience” when nobody laughs at their dick jokes.

Is there any saving this joke, or is it beyond repair?

Let’s look at an example of the banana peel joke and its relevance as a teaching tool. Mother Jones reports [mj]

Campaigns Are at Serious Risk of Being Hacked, and Congress Is Doing Nothing to Help Them

There hasn’t been a single hearing to address cyber threats to political campaigns and parties.

What does the writer think Congress is going to do about campaigns getting hacked? The answer should not surprise you, but it might:

In the face of coordinated hacking efforts backed by the Russian state, there’s only so much Krikorian and his 30-person team can do on their own. When he ran security at Twitter, [DNC Chief Technology Officer] Krikorian had a team of 60 to 70 people. “We don’t have the budget for a 60 to 70-person security team, but we have the same target on our back,” he says. “I think this is where we need the federal government to step in.”

In the course of my career I’ve had many conversations with Chief Technology Officers that go somewhat like that. They say “we don’t have the resources! Someone ought to help us!” And I tell them, “no, sorry, protecting yourself is a cost of doing business. Factoring in security and staffing is what a Chief Technology Officer is supposed to do. So stop complaining and pick up your shovel.”

Seriously, if the DNC’s idea of how to make their horrible, pathetic, lame, repeatedly-penetrated security better is to ask Congress to do something you can begin to see the problem. For one thing, they’re asking the wrong branch of government and for another, they are not themselves a branch of government. Their security failures have been a result of over-important blockheads that fell for the most unsophisticated hacks that are being used in the wild.

They see that banana peel a’comin and they’re shouting for help from Congress, “save me so I don’t fall down again! Goddamit you Russians gotta stop leaving banana peels in our path!”

DNC or RNC’s security problems are not that great, in my opinion. They could dramatically improve their ability to resist attack for a relatively small investment (around $100k or so) and a couple of good system administrators. Remember, these are the dipsticks that brag about how many bazillions of dollars they raise so they can influence public opinion; surely they could have a GoFundMe for “better security for our email system” and step around the banana peel. It’s not hard: sequestered servers, a VPN, content filtering at the edge, switch to using Macs instead of PCs, ditch Microsoft Office, and don’t click on every email that says “щелкните по важному сообщению”

The Trump Insider » « The Committee Is In Session