One of the features my schoolhouse came with was an old time-clock, on the wall of the Principal’s Office.

“I’ll get rid of that…” I thought, but didn’t want to just throw it in the dumpster. So I listed it on ebay. 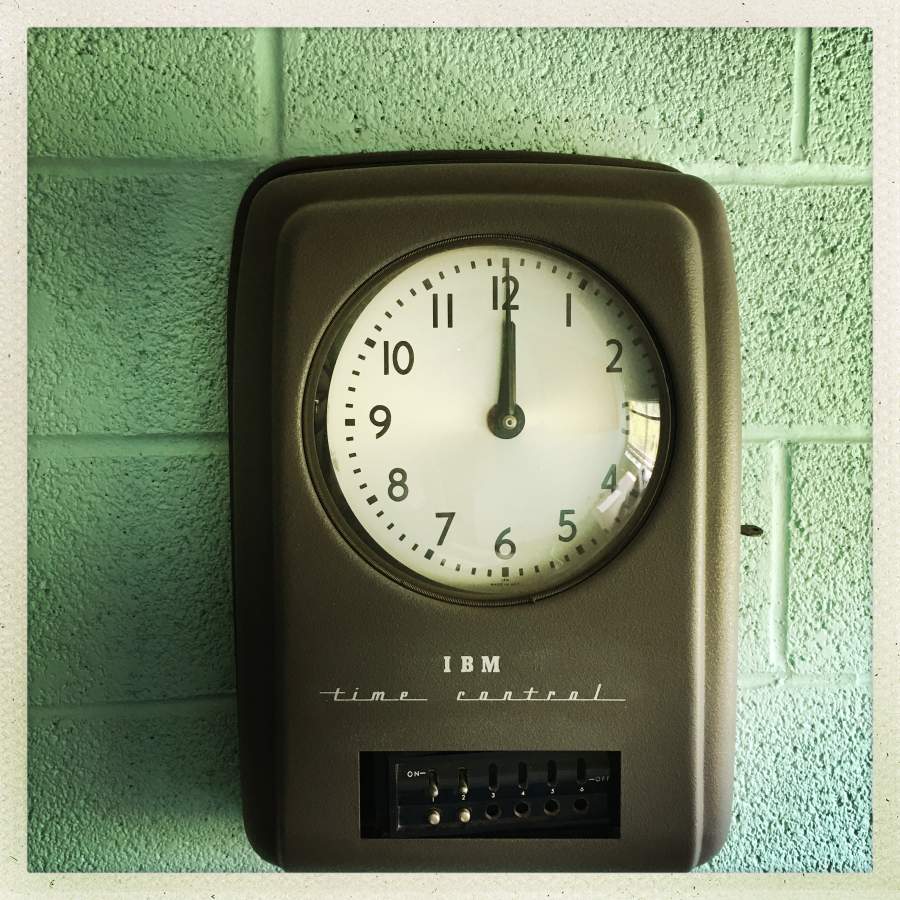 Someone thought it was worth $70, plus shipping (which is going to be a lot) – and, it turns out, it’s the IBM Museum in The Netherlands. 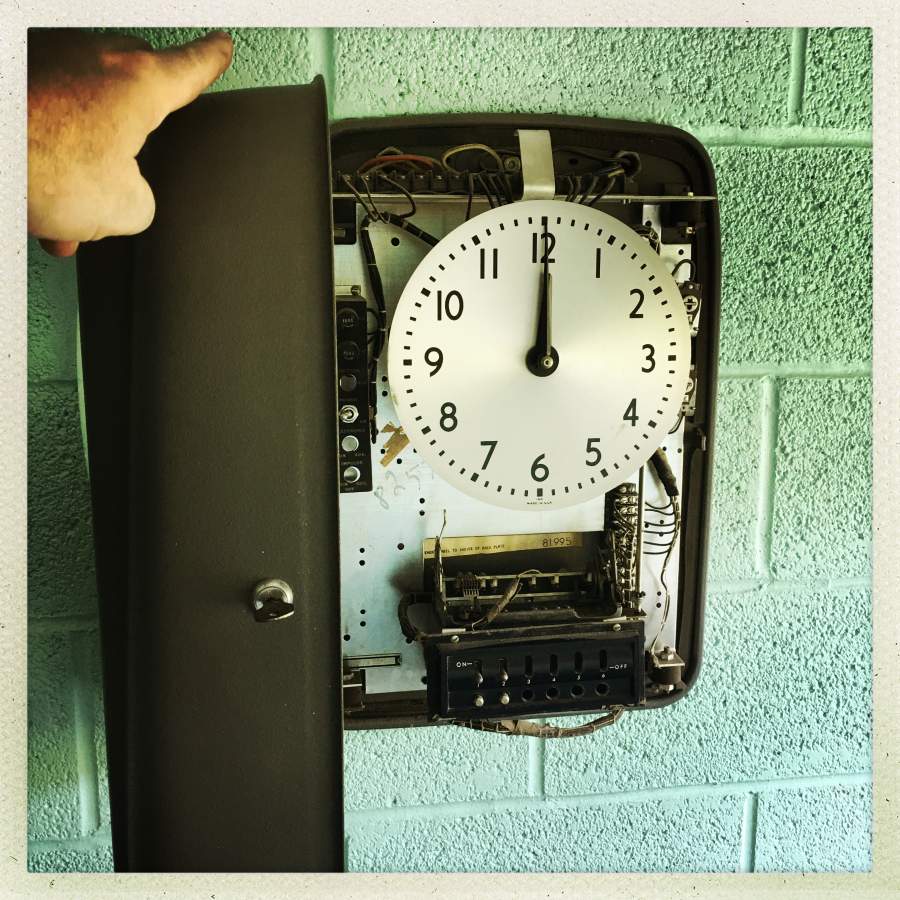 I love the old hand-wrapped wire bundles. When I was in high school, I learned how to do those, working for Moore Security building burglar alarms.* I’d have been corrected, had I not tied those floating bundles down to the base board.

The building was built, and the clock installed, in 1957. It ran until the school district shut the township school down and moved all the kids to West Branch in 199?9 or therebouts. The West Branch school has all sorts of construction problems (there was a lot of “friend of a friend” contracting and corruption) and huge cost overruns. And it doesn’t have a cool IBM Time Central.

According to the person I bought the building from, it worked the last time anyone turned it on. So I’ll be removing it carefully from the wall, and tagging all the wires, then boxing it up and shipping it off to its new home in a museum. Congratulations, survivor!

* Mr Moore was a great man. He unfailingly explained things to us kids (there were two of us, me and Tom S.) and was precise and critical, but never mean. He even paid us minimum wage, which, he explained as, “you’re doing grown-up work, you get a grown-up salary.” I did, too – one of the panels I built was the master control alarm for Calvert Cliffs nuclear power plant, and it had to undergo some kind of certification inspection by a master electrician who said my circuit runs were “beautiful.” Mr Moore was a positive influence on many kids – encountering someone like him was another fortune of the privilege that I enjoyed.