I wish all the 2nd Amendment nuts cared as much about the 4th Amendment as they do the 2nd. Many of them say they need their guns in case the government turns oppressive.

Yeah, I don’t believe it, either. Personally, I think that America’s love of guns is to enforce white supremacy (what tool did the slave-owning southerner or Native American-slaughtering colonist need more than any other?) but can we call them on their delusion of resistance, yet? When cops are kicking in the doors on “no knock” warrants and putting bullets into stoners, the “government turns oppressive” inflection-point has been passed. 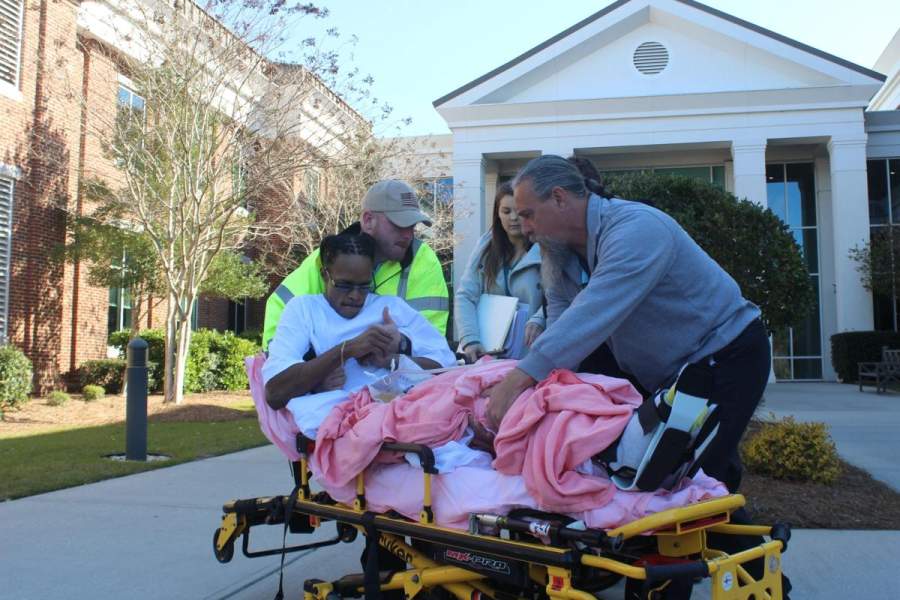 Paraplegic for life, shot 9 times in a “no knock” warrant

Although there’s no body camera or dash cam video of the shooting, Betton’s surveillance video depicts what happened outside the home. The video shows the officers directing one of Betton’s neighbors to get on the ground. One officer then opens a screen door before another rams Betton’s front door. The video does not show an officer knocking. The video has no audio, so it’s unclear what, if anything, was said.

However, the neighbor who was on the ground told state investigators that the drug agents never knocked or identified themselves as police.

Betton has said he had a gun in the waistband of his pants that day, but he denies drawing it and shooting at the police.

Why was there no body camera or dash cam video of the incident? After all, the cops were prepared to go charging in to someone’s house. It’s not like they were going to suddenly realize “Oh, oops, we forgot our pants” and have to turn around and reset the raid. But, if they did, so what? They could have gone in the next day, or telephoned the guy and said, “please come out and talk to us?”

I hate to say it, but that gun he had, didn’t protect him from oppression very well.

Yet an independent prosecutor who reviewed the case concluded that the men who shot Betton – Belue, Frank Waddell and Chris Dennis – acted in self defense.

Who was the independent prosecutor and who paid their paychecks? Did the prosecutor get donations from the police union? Was the prosecutor Sam Harris? In order to “defend yourself” you need to be attacked.

Police can obtain no-knock warrants, but agents had a standard warrant when they raided Betton’s apartment that day, which means they would have been required to knock and announce themselves before entering.

Three months after Betton was wounded, Gall emailed DEU Commander Bill Knowles and told him he couldn’t find a policy in the DEU’s manual for executing search warrants. The city police department has such a policy. Knowles responded that he didn’t believe the unit had any policy outlining search warrant execution.

“It appears that the search & seizure policy follows our policy verbatim, until it reaches the search warrant section…then DEU’s policy has nothing,” Gall wrote. “I thought maybe I missed something or it was not copied to my file. If it’s absent, it’s certainly a concern.”

Why did the police feel they had the right to tell the neighbor to get on the ground?

Sam Harris on “Why is That You Never Criticize Israel?” » « I Thought It Was A Harness