When you learn how a trick’s done, does it “spoil” it for you? Sometimes I gnash my teeth a bit, but I find that when I know how a trick’s done, my appreciation for the trickster actually increases, and I have a good opportunity to examine my own cognitive biases and how I fell for redirection.

Several years ago I spent a few months obsessively watching Banachek [Chris Shaw]’s DVDs on stage magic. [wc] Banachek’s series is like a Penn and Teller show except with an extremely polite Canadian, and better explanations. One of the things I loved is how Banachek explains that some tricks are really hard technical set-ups, whereas others are memorization, or simply misdirection and sleight of hand. If the trick’s a good one, you may slap yourself on the forehead at the glaring obviousness that you missed – that, to me, is the sign of a good trick, well played.

Via The Register comes a tidbit that I did not expect: [reg] [google patents] Let’s do the ‘reveal’ backwards so you can see when you catch it. 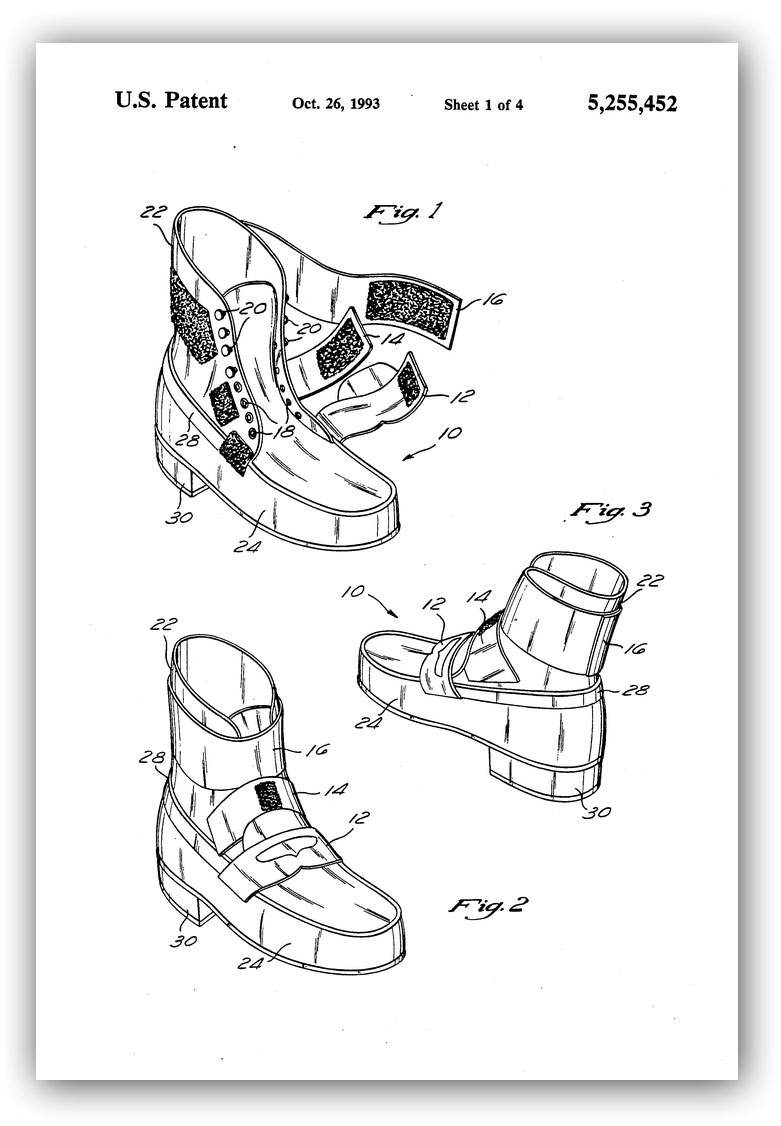 A velcro-quick-change boot that looks like a loafer, including supports around the ankle.

If you’re like me, you immediately searched to see if Jackson has any other patents, and you found out that he does not.

So, that’s the trick – Jackson’s shoes were braced, and he had a kick-plate in the heel that could be slotted against a protruding spud on the floor. From there, it was a question of how well he used his body language to redirect the audience’s attention and his dance skills to isolate his body movements. That set-up must have put tremendous pressure on his ankles 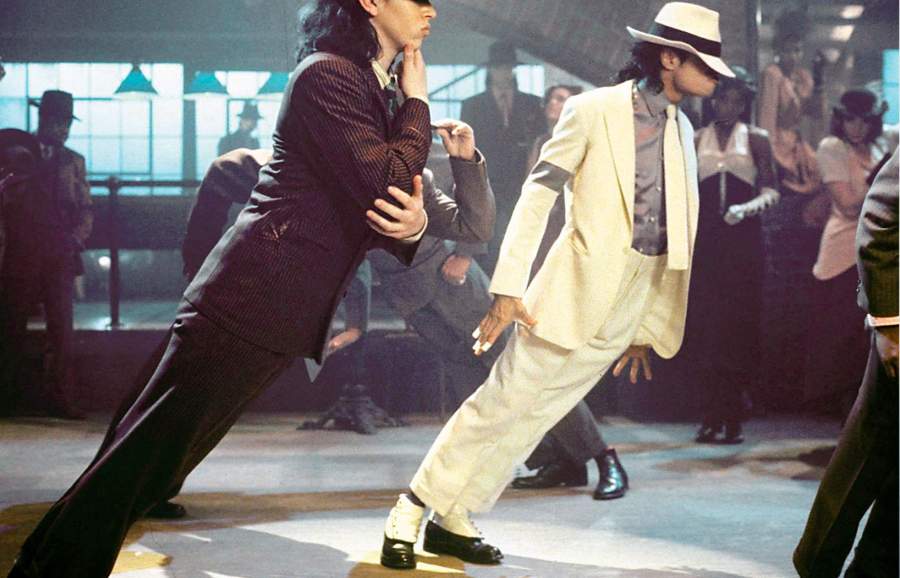 My assumption was that it was a harness, with a very fine black steel wire going down between his shoulder-blades. Then, the trick would be to dance without getting tangled in the wire – a good wire-operator like the guys who do movies like Crouching Tiger, Hidden Dragon could have made Jackson fly around the set. But this was 1992. Crouching Tiger, Hidden Dragon didn’t happen until 8 years later.

Once you have an appreciation for how strong steel can be, this trick is also pretty clear: [int] 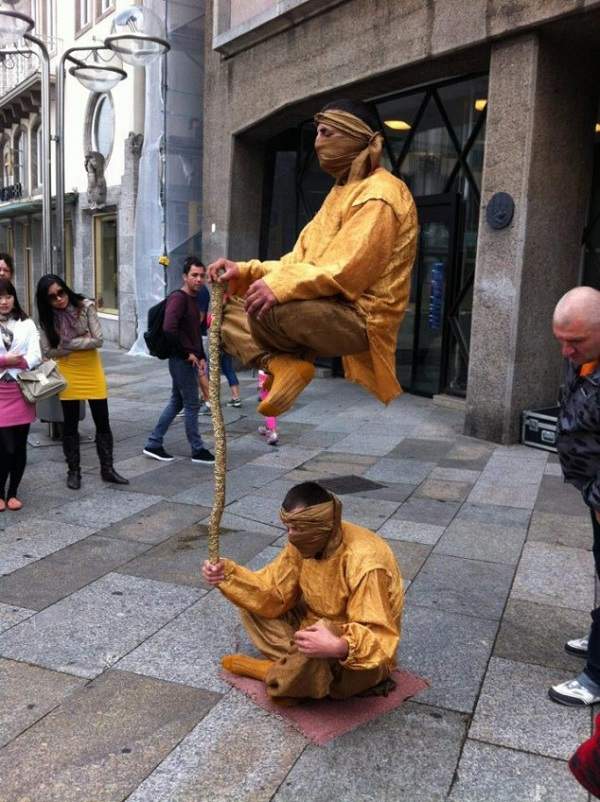 Some rebar and a couple of steel plates. The trick, such as there is, is getting into position without it being obvious that they are climbing onto a metal gantry.

I remain a huge fan of Michael Jackson’s dance performances. For several decades he broke new ground, by dramatically re-inventing other artists’ techniques, from James Brown to Michael Jordan.

And here is a little video for you, of Michael Jackson at the peak of his power, with Prince and James Brown. Prince demolishes a stage-prop (he should have used the floating meditation trick’s rebar brace!) and James Brown’s band doesn’t miss a beat. One gets the impression they’ve seen stage antics before.