Ready Player One is a nice bit of fluff and wish-fulfillment, with some really beautifully executed imagery. Behind that, it’s a basic good guys versus bad guys conflict, and the end is predictable and you can put your brain in “park” and enjoy the explosions. I won’t say “it was a waste of film” because I’m sure everyone involved worked very hard and it was shot on digital. But this is not a review of the movie – I want to discuss thoughts I had during the movie.

During the course of the movie, there were several moments where I experienced a distinct shock of pleasure. 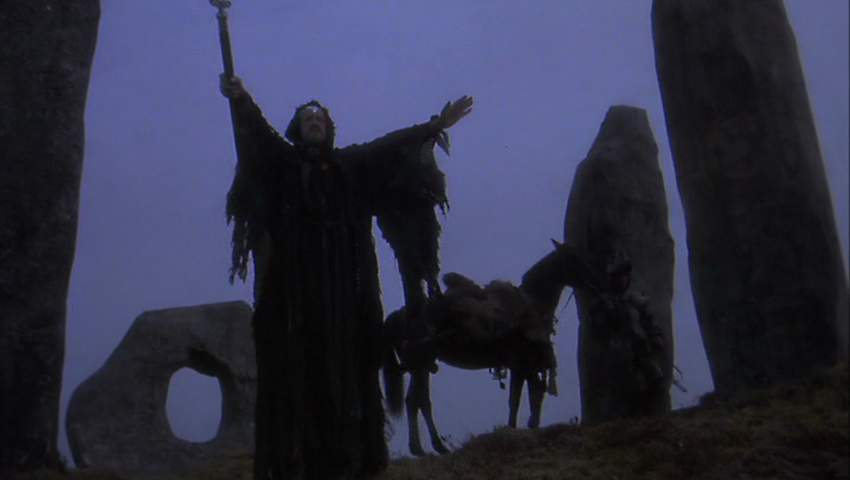 Perhaps I’m giving away too much about Ready Player One if I mention that it’s a movie that leaves you plenty of space to think about other things while you’re watching it.

So I started thinking about our brains, and the cognitive process of recognizing things. Maybe I was committing a bit of evolutionary psychology; I’m not sure. Here’s the idea:
It stands to reason that our brain would reward itself for a successful pattern-match.

That would be a necessary part of any recognition feedback loop – you need a way of telling the recognizer when it has succeeded, so that it can tune or de-tune its rules for next time. So, if you’re waiting by the watering-hole for a deer to come try to eat your cilantro, so you can kill the deer and eat yummy venison pizza, you need a way for your brain to tell itself “you are right!” and pat itself on the occipital lobe when it recognizes a deer. (that’s the back of a brain, right?) If that’s reasonably close to what’s going on, it’s the beginning of an explanation for a lot of cognition:

Ontogeny recapitulates phylogeny in artificial intelligence research: one of the hot topics in AI is how to develop training sets that reinforce desired patterns and another is how to build learning into a feedback loop without introducing unwanted cognitive bias. In AI we have no problem, at all, introducing confirmation bias – in fact, we want it. We skeptics complain about confirmation bias when we see it in christians, but we want Alexa to learn quickly that when I mutter a certain sound, that I am, in fact, saying the same thing.

Back around 2007 I had a conversation with Bill Cheswick in which he asserted that “music doesn’t work on me.” I though that was quite bizzare and I said so. He said “I suspect that someday we’ll figure out why people’s brains like it – and we’ll discover that it’s an error in how brains process input.” I don’t think Bill had that quite right – I think that brains’ enjoyment of music is based on mashing the recognizer’s input queue over and over with recognizable stuff, which triggers that little shock of pleasure that I experienced so distinctly during the movie. In other words, it’s not a bug, it’s a side-effect of a feature.

Is there someone on this blog that is not happy? [wc]

Here’s another data-point on that: there have been a couple of times when I’ve been in various states of messed up, and have been listening to music, and noticed that being messed up alters my fondness for music. What does “fondness for music” mean? Well, when I was tripping on the Oxy, “fondness” meant “recognizable” – I was listening to a bunch of old favorites and was quite happy, but as soon as something I hadn’t heard before came on it was as it I had exactly the opposite of a happy shock of recognition – I felt the other side of the feedback loop kick in and I actively did not enjoy the music. I remember I was so interested in that, at the time, that I sent myself an email to think about it later. When you study how great pieces of music (Beethoven’s 9th, lecture by John Kelly comes to mind [stderr]) the inner structure of the piece is intended to hammer on the recognition function in our brains by repeatedly throwing us semi-predictable variations of the same theme. I observed this back in the late 90s when I was listening to Christina Aguilera’s first album – the Spanish-language version, please [wc] – and I noticed that there were riffs cross-edited from songs across the whole album. I believe that the mechanism that the sound designers are playing on is the recognizer: if you catch hints of riffage that seems familiar in a song you haven’t heard before you’re more likely to like it, if you liked the original source song. That may also go a ways toward explaining music like Jean-Michel Jarre, Ray Lynch, and Philip Glass – there’s a lot of self-reference in the individual tracks and cross-reference in the albums.

And that’s what I think of Ready Player One – it mashed on a lot of gamer and 80s retro- happy buttons, and it mashed on them hard and very effectively. There were moments during the movie where I thought “wow, was that a Spartan from HALO?” or whatever, felt happy for recognizing it, and immediately wondered if they had just stuck that momentary flash of HALO iconic character in just to make the HALO players happy.

I enjoyed it, because I was pre-loaded with cognitive bias to enjoy it.

At the level I’m talking about, I am pretty comfortable with assuming that this is a built-in brain function, not a learned behavior. Because, I suppose, it’s a question of what learning is: it’s a feedback loop that amplifies cognitive biases toward actions that are successful and away from actions that are unsuccessful. It has to encompass an ability to assess cause and effect within the limits of the experience – if you drop a hammer on your toe it’s not useful to assess cause and effect within the light-cone going back from the event – our ability to learn things at all works better if we have a more accurate assessment of proximal cause and effect, and a limited imagination. But those appear to be learned behaviors! Piaget’s experiments on children appear to show that early learning builds up our ideas of cause and effect and imagination (object persistence) – his term was “precausal thinking” [wik] – and if you’ve ever observed a baby beginning to establish its response loops, I think you’ll unavoidably have some sympathy for Piaget’s theories. Piaget doesn’t explicitly point it out but at the point where a baby develops “object persistence”, can it be said to have figured out how to imagine things that it’s not sure are there?

All of this stuff loops me back to the creeping awareness that there are cognitive processes in our brains, and that we exploit them for our own amusement – and others exploit them for their benefit. It’s going to be important to stay on the power-curve with this stuff, because if commercial manufacturers are able to figure it out ahead of us, they’ll be able to make music we can’t avoid, foods we can’t help but love, Facebook we cannot bear to quit. Of course, this has been going on, already, for a long time. When I hear Donald Trump speak, I hear the cadences of a mega-church pastor – the repetition and rhythm that are most familiar and comforting to his constituents; perhaps they are primed to accept being lied to in that tone of voice. When I play World of Warcraft, or any computerized RPG derived from it, I see the sequence of quest-lines that have been designed to pull you in for “just one more.” The recognizer/reward cycle even explains advertising: get people familiar enough with something, they’ll buy it because they get that little shot of pleasure when they recognize it when it’s time to make a purchase.

Her fingers and palm slipped gracefully over the panel. A tune of utter monotony filled the room with agonizing, unforgettable banality. It was the quintessence of every melodic cliché Reich had ever heard. No matter what melody you tried to remember, it invariably led down the path of familiarity to “Tenser, Said The Tensor.” Then Duffy began to sing:

“You little devil!” Reich started to his feet, pounding his palms on his ears. “I’m accursed. How long is this affliction going to last?”

“Not more than a month.”

That’s from Alfred Bester’s 1971 masterpiece The Demolished Man [wc] in which Duffy Wyg& explains some media jingle-making, and how they weaponize cognitive tricks to trap brains. Spielberg does that in Ready Player One, too.

Messed up: Most recently, on oxycodone and some fireball and cider when I was suffering from my kidney stone. But I have experienced the same cognitive effect while listening to music on nitrous oxide or mushrooms. For science, naturally.

Piaget experiments: Piaget, naturally, experimented only on French children. Can we generalize? I am biased toward Piaget because he actually did experiments and was concerned with the problem of making sure his subjects didn’t fool him. Which is a bit easier when you’re dealing with babies who haven’t learned what “fooling people” even is.

By the way, Piaget’s book on infant development is a great gift for a new parent (before the child is born) – they can watch along as it goes through the various stages that Piaget identifies, of its various cognitive systems coming online. “For entertainment purposes only.”

Hollywood: Do not make bad Alfred Bester movies. We saw what you did with Philip Dick’s books. There will be no second warning.