Over at PZ’s he posted about hunting. [phar] That’s one of those topics that’s guaranteed fun, because it sits at the intersection of toxic masculinity, gun control, environmentalism, and class. PZ was merciful enough not to mention class as an issue in hunting, but, well, I’m not.

Having mentioned that hunting and hunting rights are a class signal going back to ${forever} I think I don’t need to say much more about it than, “class and class identity are integral to the notion of hunting as a sport” – in the US, I bet you find very few hunters who both fox hunt wearing tweed and britches and deer hunt with blackpowder or a bow. In England, class consciousness, more than any concern for foxes and badgers, is behind restrictions on the old tradition of rich people galloping on horseback, drunk as lords, trying to keep up with a pack of dogs that do the actual hunting. It’s a barbarous spectacle in lots of ways. 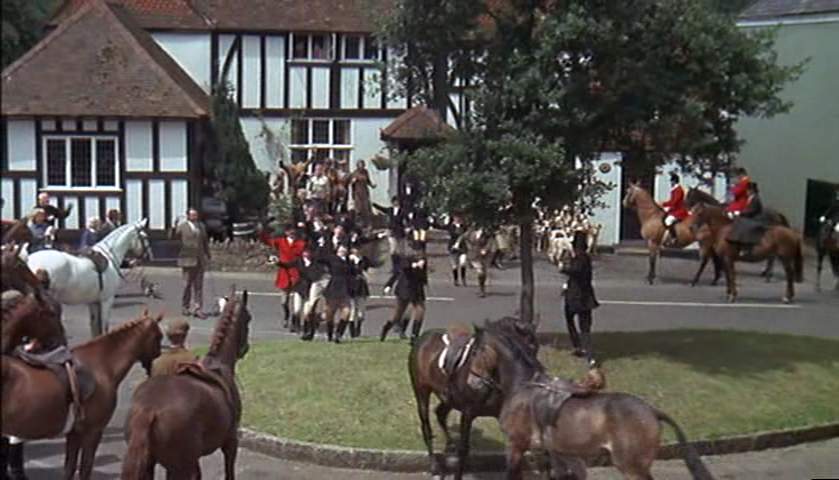 Out here in rural Pennsylvania, the class consciousness of hunting is working-class. I regularly encounter people who stoutly insist that they need the deer for the meat. Sometimes I get embellished stories about how grandpappy put his family through the depression by hunting. Well, those are probably true: my grandfather, who raised his family though the depression, provided most of the protein through hunting. As soon as he got his job building aircraft hangars during WWII he stopped hunting because he could afford good beef and pork and chicken for his family.

The argument that “we need the meat” doesn’t hold up very well when the hunter rents a cabin, drives up from Maryland, and is hauling around $1,500 worth of rifle and gear, and who knows what else. That’s ten dinners at Ruth’s Chris, if you “need the meat” and that’s including a glass of burgundy to wash it down. My friend Gary, who “needs the meat” raises successive pigs, which he names after politicians so he doesn’t become attached to them; last year he air-dried Berlusconi into prosciutto-style ham that was pretty damn yummy, and during the years prior to his transsubstantiation, the pig was a voracious gobbler of pretty much anything that was left over from the kitchen. Politicians are like that.

In rural Pennsylvania, the kids are let out of school on the first day of hunting season, if they want to go hunting. I have not explored that in any detail but I’d be willing to bet that girl children are not expected to leave school that day. To be fair, I doubt they’d push the point if some girl said she was going hunting with daddy; they’d probably think that was sweet. It makes me want to ask the school board, “the ballet season at the Met is opening in 2 weeks, I plan to ferry a carload of any kids who wish to attend up to New York, you don’t have a problem with that, do you?” When I was a kid I’d have cheerfully sat through a ballet if it meant getting out of school and having a bus-ride. For that matter, I probably would have been happy to go out with my camera and a long lens, to try to photograph some deer. (Deer are boring to photograph. They try to look sultry for the camera but just come out looking slightly stupid and very bemused)

Another aspect of hunting is the argument that it’s hard. That’s one that I generally laugh at, a lot. Modern rifles (even the ‘black powder’ ones) are incredibly accurate – so accurate that the hunters control rifle season down to a very brief time, because otherwise there would be no deer left at all, in fairly short order. [There was a lot of discussion on PZ’s post about how the whole “cull the herd” process is bullshit from the hunting fans: they’re not trying to reduce the herd, they’re trying to ensure a steady supply of living play-things.] Out here a lot of hunters use tree stands and game cameras and scent masks and they know where the prey are going to come, and they sit there, wait for them to walk up, and blow them away. It’s as hard as, say, hunting yuppies by setting up a sniper post 20 feet from a Starbucks.

There was a case a couple years ago, of a fellow who was raising a buck in semi-wild captivity – he built a 10′ fence around part of his property and began growing this huge buck. His plan, it seems, was that eventually it would get a huge set of antlers and then, on the opening of hunting season, he was going to shoot it – thereby claiming a valuable prize buck and he’d get his picture on the cover of Hunter Assholes magazine. Instead, one of his neighbors ‘accidentally’ shot the buck through the fence, and was sued for $250,000 for the prize buck that wasn’t quite a prize anymore. Everyone around here thought the whole affair was scandalous and so did I: I’d driven by his set-up and to shoot a deer in that enclosure the neighbor would have been firing straight at the guy’s house. Aside from the buck, nobody was hurt, although my sense of the sportsmanship involved in big game hunting took another hit below the water-line. 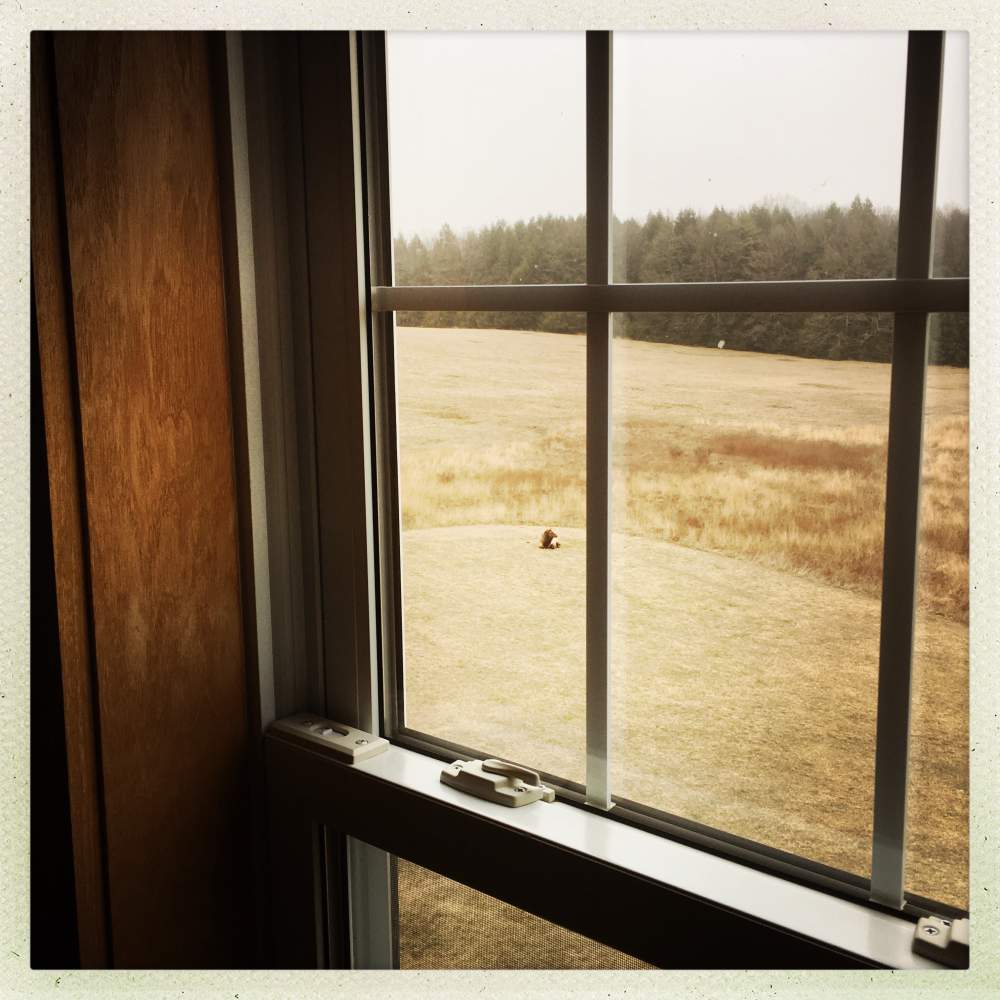 See what I mean? There’s a horse-sized bull elk 120 feet from my bedroom window. I could possibly hit him with a rock. Instead, I threw him a couple apples.

Explain to me again why I need camo and scent block and a scoped rifle and all that? Explain to me again how hard hunting is? One winter the turkey executive committee decided to hold their mating allocation subcommittee meeting under my bedroom window. I had to open the window and scream “KNOCK IT OFF!” at them. They subsequently adjourned the meeting, but resumed it the next morning after the recess. I could have dropped a dictionary on one of them, and been a mighty turkey hunter, except that would have been violating the class-signalling inherent in game-hunting in Pennsylvania. Besides, it would have been murder: the turkeys are clearly emotional beings, judging from their behavior during the subcommittee meeting.

I have decided to name the elk, since he appears to like it here. I’m sure he has his own idea of who he is, but I cannot but note his noble mien and Habsburg jaw. Therefore he is The Baron D’Elk. There is power in names, I know, and I immediately see him as more solemn, and even a bit world-weary. Heavy hangs the head that wears 20lbs of antlers.