The Unification Church (AKA: “moonies”) held a ceremony to bless ‘the rod of iron’ – AR-15s. So everyone brought guns to church (unloaded, with the triggers ziptied). 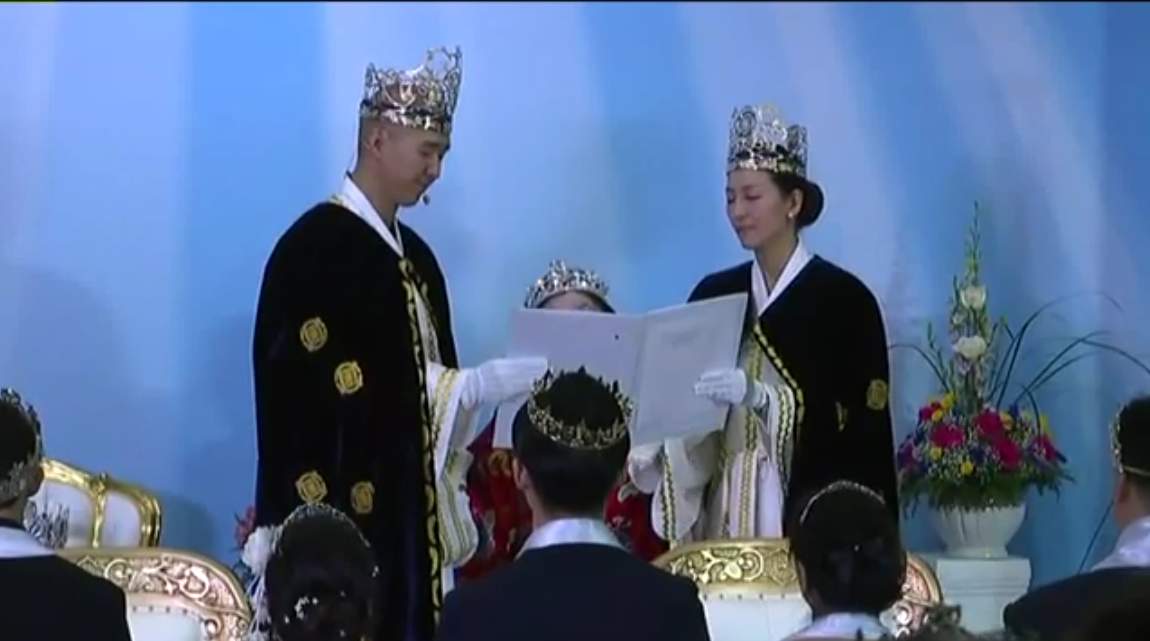 One must admire the bling.

The ceremony at Sanctuary Church started at 10 a.m. and wrapped up shortly before noon, according to KTLA sister WNEP in Harrisburg.

Followers of the offshoot from the Unification Church came with their AR-15s which they believe are the rod of iron mentioned in the bible.

Reverend Sean Moon led the blessing of couples inside the church. Several hundred worshippers wore crowns — some made of bullets — and held their firearms throughout the ceremony. 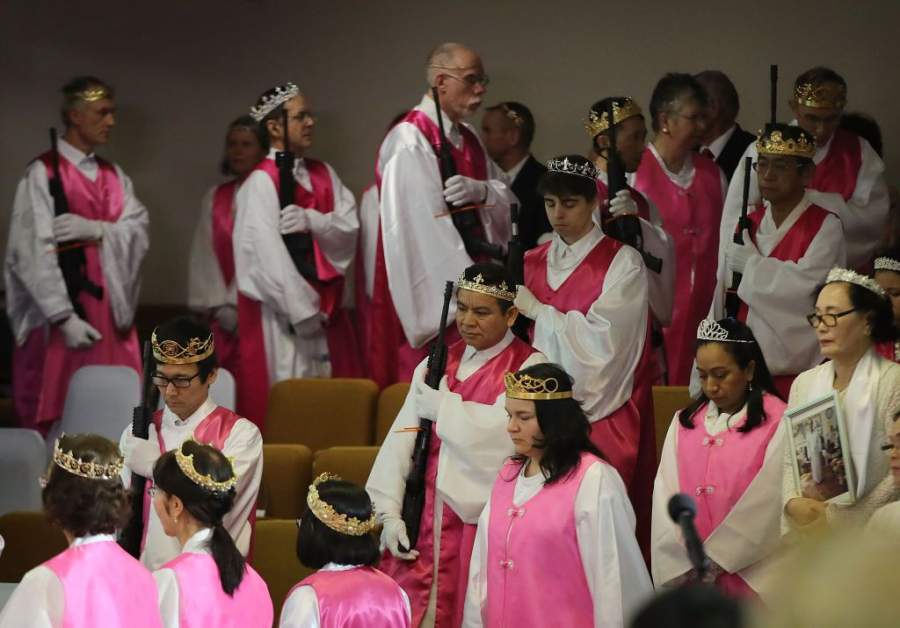 This is just coincidence I am sure:

Within the last year, Moon incorporated the belief of the rod of iron and a human right to bear arms.

At least they’re not eating godmeat and engaging in ritual vampirism. Someone needs to come up with a religion where god wants you to pick up roadside trash and fill potholes. In his name.