A while back, Caine posted some pictures from Vaught’s Practical Character Reader. I did what I usually do when someone posts about an interesting old book – I checked for it on Ebay.

That’s how I wound up with this hugely giftable copy of Vaught’s for the whopping price of $10, shipping included. It will be the foundation of my new career as a face-reader. 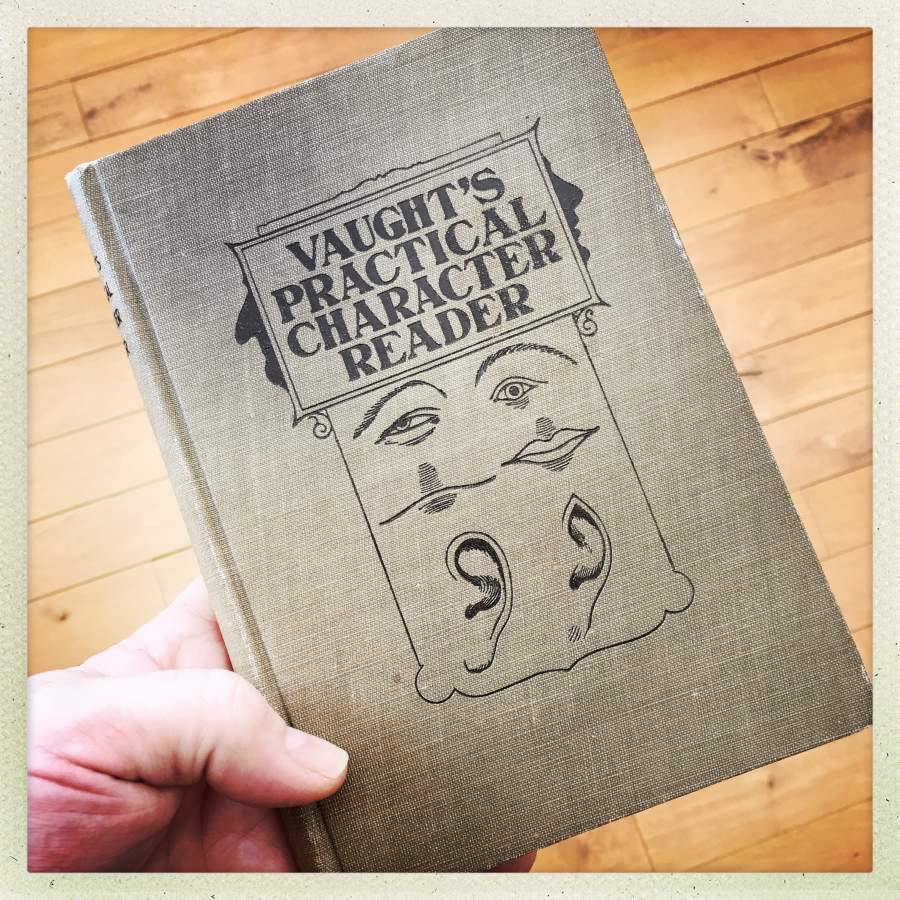 I have to say “brilliant marketing” to add the word “practical” in the title. So we can tell it from, presumably, the other impractical character readers. Sadly, I found the book to be impractical – it has a lot of illustrations that seem to say more about the author’s perception of class and race than anything else. 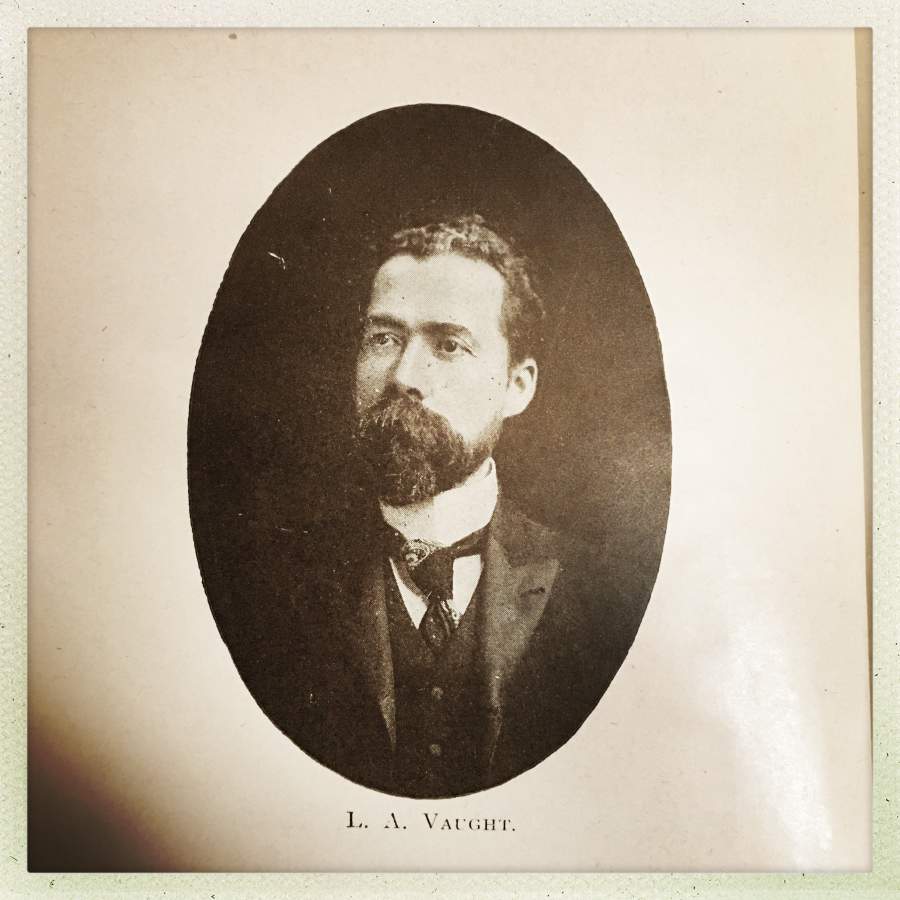 According to his own theory, Vaught looks like a good, genuine father, but otherwise neutral and possibly honest. One thing I found particularly interesting about his brand of nonsense is that he doesn’t appear to factor in the appearance of the eyes: “the window of the soul” is not taken into account. I wonder what the slightly droopy corners of Vaught’s eyes might really be saying, or whether that dust-mop he has on his face is hiding the weak chin of a liar. 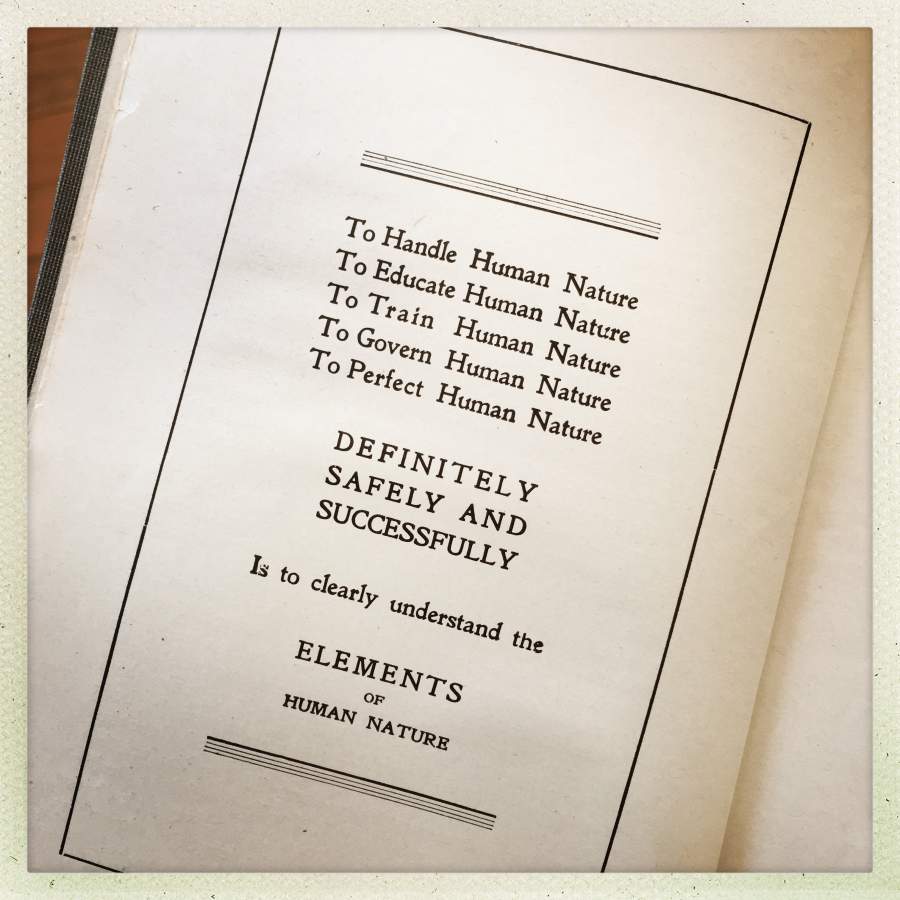 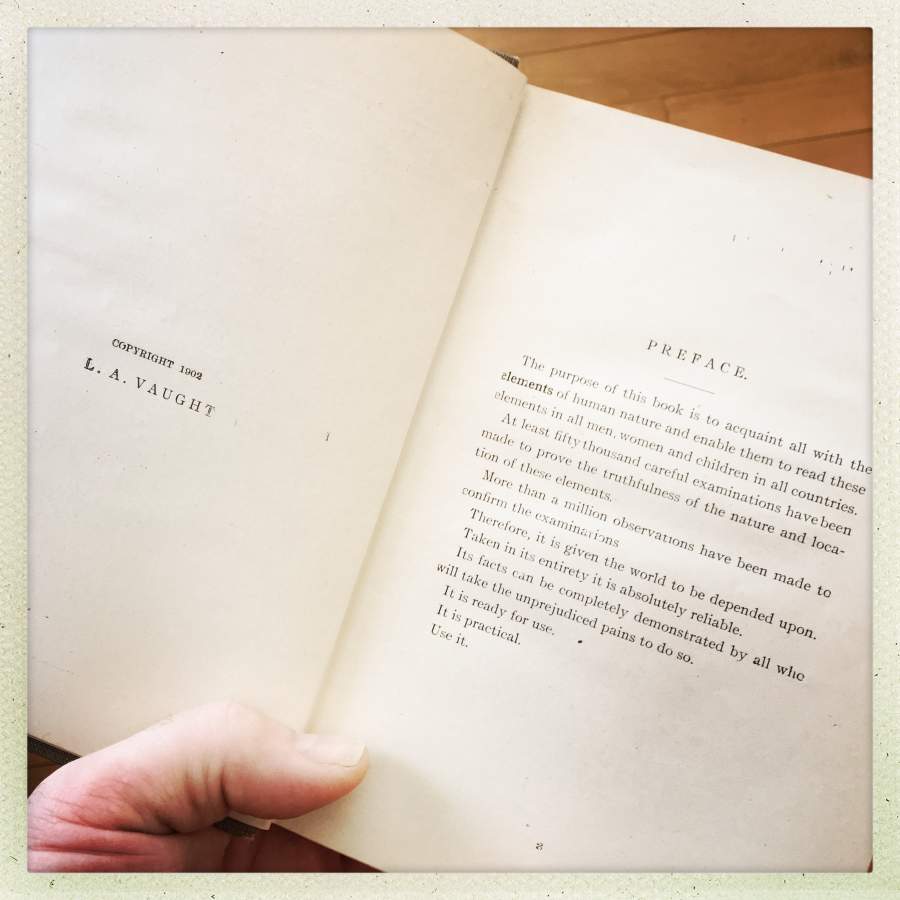 While it’s fun to poke at these people, for being wrong, they are actually part of the scientific tradition of American civilization. We like to point out that the social darwinists were wrong (they were) and then somehow we slide by the fact that the social darwinists were also using their bad science in the service of institutionalized American racism. The connection between social darwinism and American racism is so tight that, for all intents and purposes, it’s not worth trying to separate them – the whole basis for psychometry and all the measures that were applied to people, were attempting, at their core, to explain why white people are so magnificent. Basically.

At the time it wasn’t “pop psychology” – it was psychology. All those tests to measure IQ or to see if people could defer gratification: what do you think they were really trying to measure? Two things:

In other words: motivated reasoning in service of the status quo.

It wasn’t just this clown Vaught, who pulled stuff out of his backside and wrote it down in an authoritarian voice: that was the mode and method of American social science, until the 1970s with very few glaring exceptions. Those exceptions were also embarrassing, just in other ways (for example, Skinner realized that we cannot talk about the inner mind of a pigeon, we can merely observe its behavior. Meanwhile, all of the rest of psychology was cheerfully making up fanciful air-castles about conscious and subconscious, and this and that.

How is what Vaught is doing better founded on science than Steven Pinker’s evolutionary psychology? 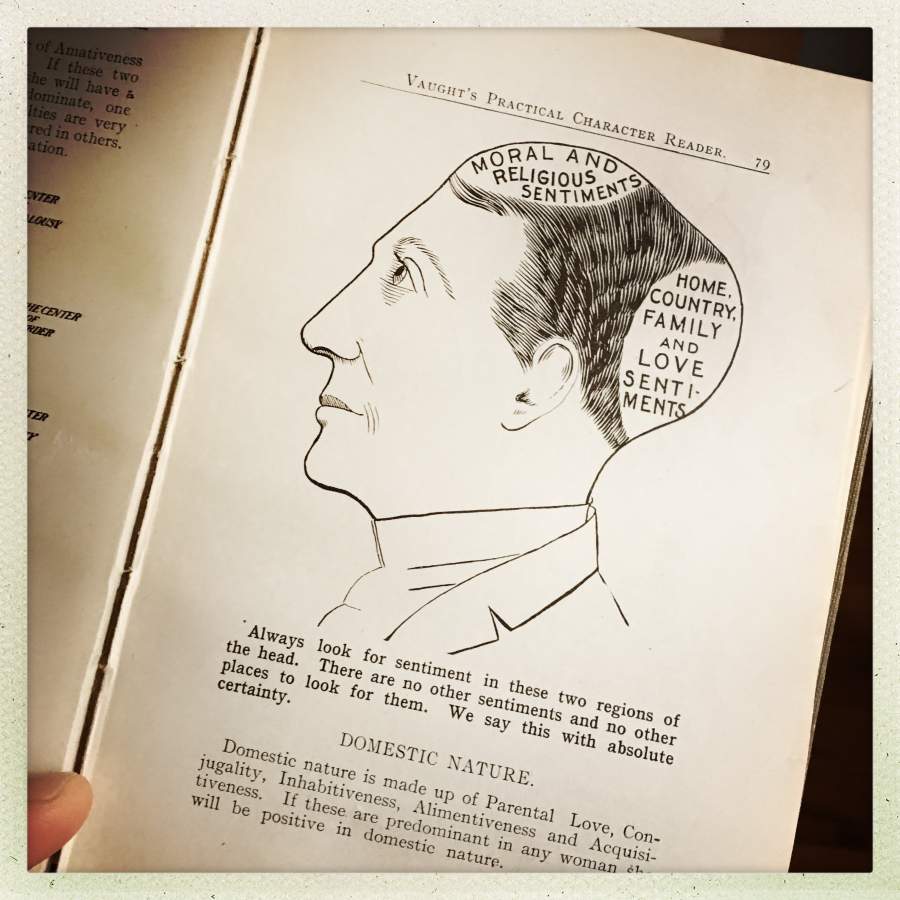 These images are also based on the idea that there is something innate about a person, which influences their behavior, and affects their social outcomes. Perhaps it is the bumps on their head or the shape of their nose. Or perhaps it’s whatever the hell Steven Pinker thinks it is (he is remarkably cagy about this “human nature” of which he is so convicted). 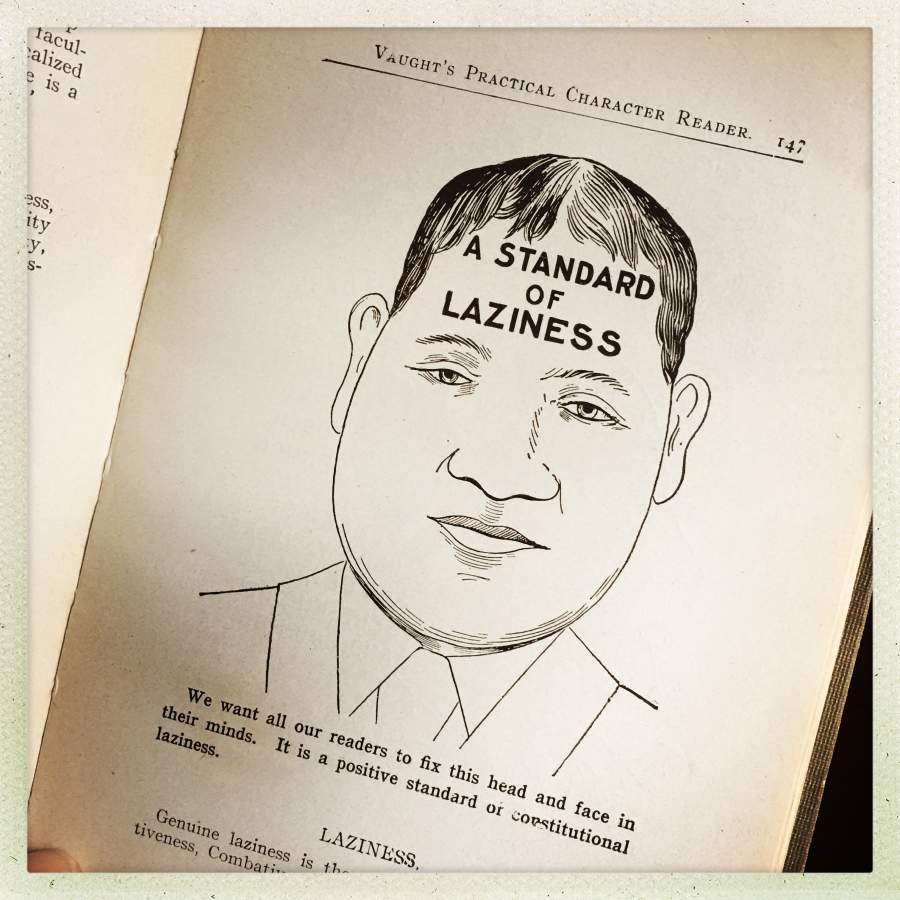 Vaught doesn’t seem to be a very good artist, so he didn’t cross-hatch any of the illustrations to simulate skin color. But it’s pretty easy to notice that his virtuous faces all show some of the characteristics of white European ancestry, and the lazy face? Take a look at it.

I can’t tell what kind of head features an evolutionary psychologist would be expected to have. Vaught’s system lacks predictive power.

Stick Up for Your 2nd Amendment Rights » « Coincidence!