David Landes’ The Unbound Prometheus is on my recommended reading list; [amaz] it’s an account of the changes in European societies brought about by the industrial revolution. It’s a book you can pick up, open to a page at random, and learn something fascinating.

Such enterprises multiplied and grew considerably in average size as a result of industrial expansion. In 1849 Dowlais, probably the largest iron plant in the kingdom, employed 7000 men to work in its eighteen blast furnaces, its puddling mills, rolling mills, mines, and the rest. Yet the difference from the foundries and forges of the eighteenth century was more one of degree than of kind, and the social impact of this development was not so great as that of the rise of a disciplined proletariat in the textile mills. 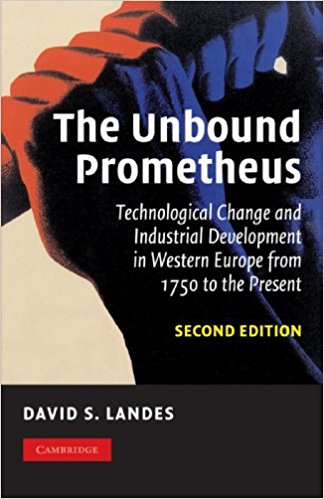 On the other hand, the effect of improved technology was to push the man-paced industries toward the precision and regularity of spinning and weaving. In iron and steel, the rolling mill, steam hammer, and more effective handling equipment all led in this direction; and throughout the metal trades, the development of special-purpose machine tools and more precise parts was a portent of assembly lines of the twentieth century.

Secondly, the contribution of factory industry to the economy was out of proportion to its share of total production. Thus, the factory promoted a higher rate of investment, hence of growth, than other forms of manufacture. Partly this was simply a consequence of capital intensity: the man who lived by the machine was more likely to be interested in and save for mechanical improvements than the merchant who relied on cheap cottage labour, Even more, it reflected the technological orientation implicit in concentrated production. In contrast to putting-out, where the entrepreneur was primarily a seller, a merchandiser of goods turned out by others by methods inattentive to market needs and opportunities, the factory placed the emphasis on making: the mill owner was first and foremost a production man, able within fairly wide limits to alter the techniques and conditions of work at will. As a result, technique was responsive to economic opportunity as never before. The pressures for change already inherent in the new technology – with its calculus of efficiency, its systematization of empirical investigation, its implicit and growing ties to a body of scientific theory – were thereby enormously reinforced. The factory was a new bridge between inventions and innovation. 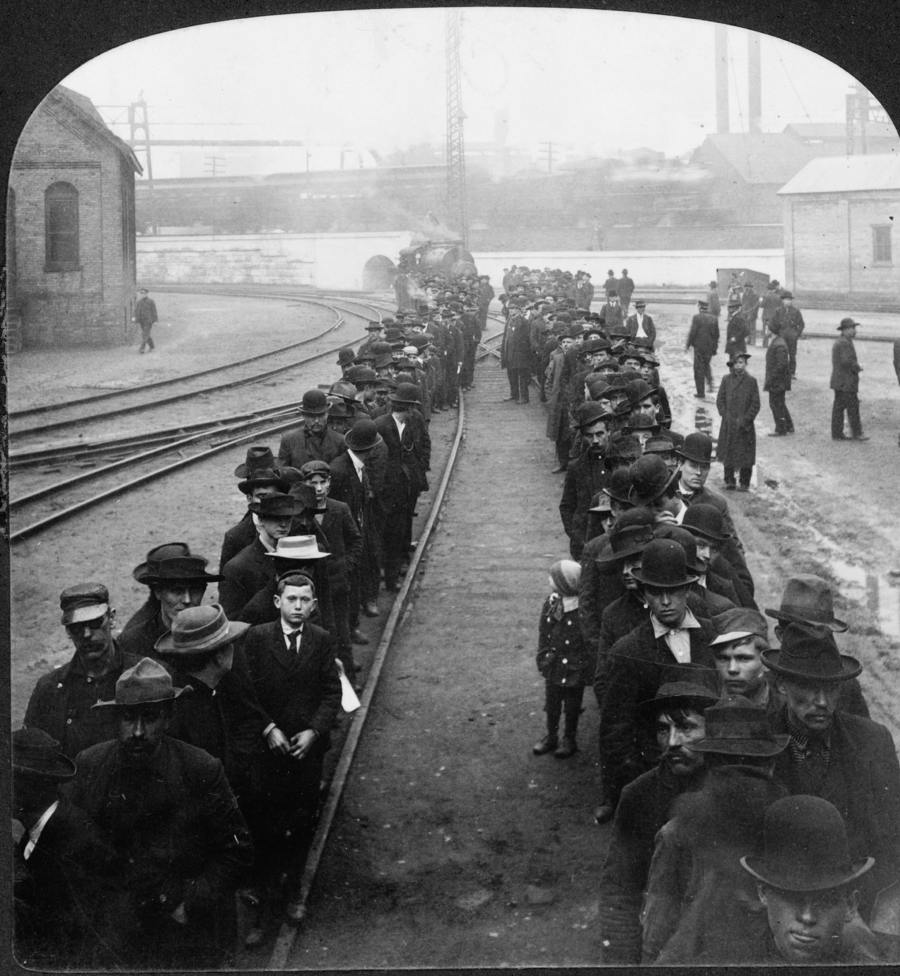 Look at all the happy faces!

In sum, one must not mistake the appearance for the reality. The census returns and other numbers to be found between the covers of dusty parlimentary papers are the economic historian’s butterfly under glass or frog in formaldehyde – without the virtue of wholeness to compensate for their lifelessness. As described by occupational data, the British economy of 1851 may not seem very different from that of 1800. But these numbers merely describe the surface of the society – and even then in terms that define away change by using categories of unchanging nomenclature. Beneath this surface, the vital organs were transformed; and though they weighed but a fraction of the total – whether measured by people or wealth – it was they that determined the metabolism of the entire system. We have seen that, in so far as small-scale enterprise continued to flourish, it did so largely because of the demand derived from the growth of concentrated manufacture: the demand of the large producers themselves; of their employees; and of the urban agglomerations that grew up around them. But not only small industry was tied in this way to the modern sector. Agriculture, trade, banking – all came increasingly to depend on the needs, the products, the bills of exchange, the investments of Lancashire, the Midlands, and the other nodes of British factory industry. The people of the day were not deceived by the pristine air of much of Britain’s landscape. They knew that they had passed through a revolution.

It was, moreover, a revolution like nothing ever experienced. Previous transformations, political or economic, had always finished by stabilizing at a new position of equilibrium. This one was clearly continuing and bid fair to go on indefinitely. Many Britons would have stopped it in its course, or even turned it back. For good reasons or bad, they were distressed, inconvenienced, or outraged by its consequences. They mourned a merrie England that never was; deplored the soot and ugliness of the new factory towns; bemoaned the growing political power of crass parvenus; cried out against the precarious poverty of a rootless proletariat. This is not the place to assess these judgements, which have remained a matter of controversy to the present day. But it is worth remembering that these pessimists, vociferous though they were, were a small minority of that part of British society that expressed an opinion on the subject. The middle and upper classes were convinced by the marvellous inventions of science and technology, the increasing mass and variety of material goods and what is more, a world getting better all the time. For these britons, science was the new revelation; and the Industrial Revolution was the proof and justification of the religion of progress.

When we look at the steel age in Pittsburgh, the same process happens as Landes described it: industrialization became a run-away feedback loop that built a city around a factory, which then sucked in the entire regional economy into what we would today call a “vertically integrated business.” The entire supply-chain and labor pool were local, which meant that the industrialists became too big to fail – and they could not be negotiated with.

In Europe, the industrial revolution led to an arms-race, which played itself out initially in a massive naval build-up between the German and British empires.