On my trip to Munich, I re-read The Wizards of Armageddon by Fred Kaplan. [amazn] It’s a depressing read, but interesting, which I undertook to renew my understanding of what Daniel Ellsberg did for a living before he became a heroic whistle-blower.

A generous reading would be that Ellsberg’s involvement in nuclear war planning helped turn him away from the futility of war, blah, blah, blah. A less generous reading would be that Ellsberg participated in planning to destroy human life on Earth, and arranged to disclose some of what he knew about nuclear war planning only long after he was out of reach of the government. He released the pentagon papers and apparently buried another archive of documents – those about nuclear war planning – but they were lost when the buried pipe they were stored in was washed away in a mudslide. That’s interesting, but he still knew what he knew and said nothing until now. I file him under “interesting character” like Edward Snowden, but not entirely a hero. He knew a great deal about the lies that the government was telling about nuclear war – it probably would have made no difference (except to him, because they would have come down on him like 16t of bricks) the military/industrial/nuclear complex was already running away, unleashed, doing its own thing.

It’s still doing it’s own thing. The president doesn’t set policy for nuclear weapons strategy; the research labs do – then they sell their ideas to DoD and Congress in the form of great financial opportunities and Jobs! for them to hand out like candy. There is no strategy, and there doesn’t seem to ever have been one. Except “spend more money!” and “give us power.” 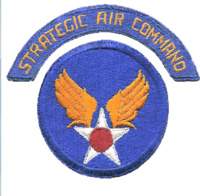 The nuggets of facts I was reviewing in The Wizards Of Armageddon for were related to the Single Integrated Operations Plan of 1962, which is something utterly horrible I will write about some future day. There are some things about that which make my mind skid away from thinking about it; it’s hard. But I think that everyone needs to understand what kind of nihilistic, selfish, monsters were running the US government (and still do). We need to understand what rules over the world, because they still have their fingers poised over the button.

They’re not just horrible human beings, they’re incompetent and some of them are ignorant brutes. But mostly, they’re horrible. Some set-up: “counterforce” is the doctrine of attacking and destroying an enemy’s forces before they can respond. “Counter-strike” is retaliation against the enemy’s population, also called “no-cities” because that’s what would be left. “Alpha”, “Bravo”, “Delta” were the target priorities the Strategic Air Command (SAC) assigned to locations in the USSR. The “EWP” was the “Emergency War Plan.” Joseph Loftus was an air warfare planner who took over responsibility, in 1950, for the SAC’s EWP and target priorities:

The EWP written in 1953 called for nearly 200 sorties devoted to the Bravo mission. All the Delta targets would also be attacked at the same time, according to the EWP. But that didn’t bother Loftus. He wanted to cover the targets of a soon-expanding Soviet long-range bomber force; he was interested in counterforce, in war-fighting, not in no-cities. And here were his ideas, virtually unaltered, set down in the official EWP.

As the EWP guidelines were translated into actual operational plans at the beginning of 1954, however, Loftus noticed something strange. The programming people in Air Targets were changing the desired “aim points” on the target maps – just slightly but enough to compromise Loftus’ objectives. Many Soviet airfields were situated within five miles of cities, a degree of proximity tempting to military targeteers trained in the World War II style of strategic bombing. They moved the aim points slightly away from the air base and closer to the city, trying to “kill” both with the same big shot. The called this “Bonus.” Still more disturbing to Loftus was that, in case killing both proved technically difficult, the targeteers would put far greater emphasis on Bonus than on counterforce. 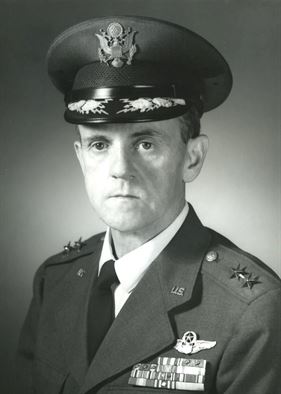 The more Loftus thought about it, the more he realized that the Air Force, and especially SAC, were interested not in counterforce, but in mass destruction. The first time Loftus went out to SAC Headquarters in Omaha, General Jim Walsh, director of SAC Intelligence, had invited him over to his house for cocktails. As they entered the foyer, Loftus noticed a huge Bible on an end table just to the side of the entrance. Walsh was in the middle of a frequently delivered mini-lecture, explaining to Loftus that the big bomb was meant for big damage.“Goddammit, Loftus,” he screamed, “there’s only one way to attack the Russians and that’s to hit them hard with everything we have and” – at this point, pounding his fist on top of the Bible, “knock their balls off!”That’s all they were interested in, Loftus realized – knocking the Russians’ balls off. Meanwhile, Loftus was also finding himself pushed out of control at Target Programs. From the time had first joined Air Intelligence, military officers were nominally in charge but bright civilians were being given the run of the lot. Around the same time that the targeteers began corrupting Loftus’ counterforce dreams, the heads of Air Intelligence started to think it was time that the military officers start taking over. Most of these officers were captains and majors, bomber pilots, fly-boys, not keenly interested in intelligence and not very smart.By April 1954, Loftus realized that the EWP was completely out of his hands, and everything else was slipping away too. In July, he quit.

That’s a fairly typical cold war nuclear strategy story: someone gets involved, tries to figure things out, discovers it’s a horrible inhuman mess, then quits and goes to work for RAND Corp or some other think tank where they are not directly in contact with the species-suicide they are helping to plan. 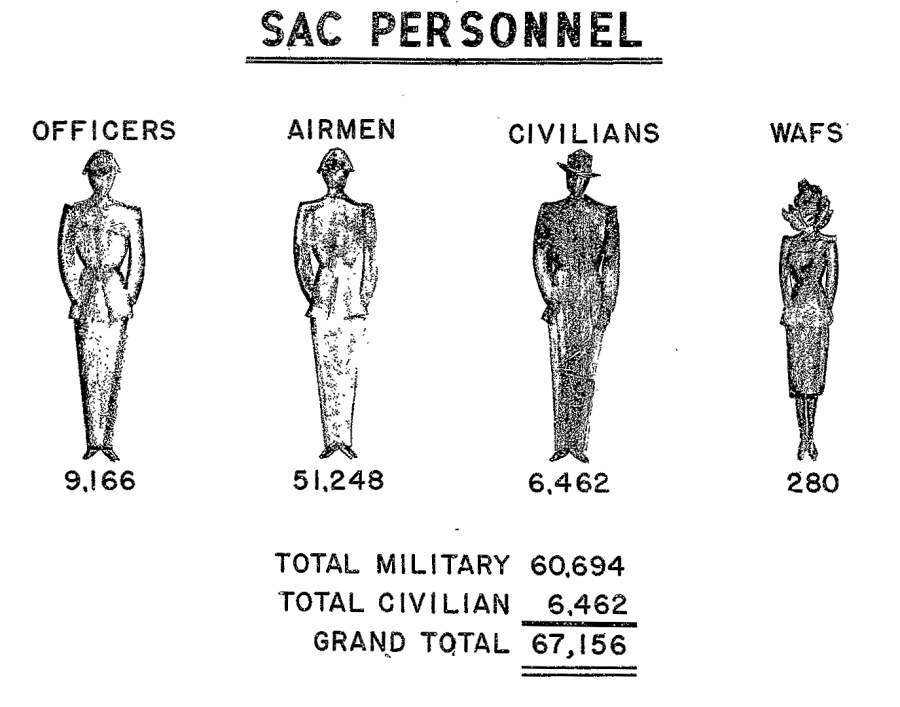 General Walsh probably thought of himself as a patriot and a devout christian (a literal bible-thumper!) yet he was so indoctrinated with xenophobic nationalism that he was prepared to obliterate Russians out of sheer bloody-mindedness. I wonder if he ever met a Russian, or talked with one? I wonder if he ever realized that Russians were made of exactly the same stuff that he was made of, and had the same kind of feelings and basic needs as him. Without a doubt, there were plenty of (stealthy) christians in the areas he proposed to destroy. What kind of human being was he? In his blinkered ultra-nationalism, was he any different from the SS officer who wanted to kill all the Jews, or the ultra-nationalist Japanese who was trying to eradicate the Chinese? 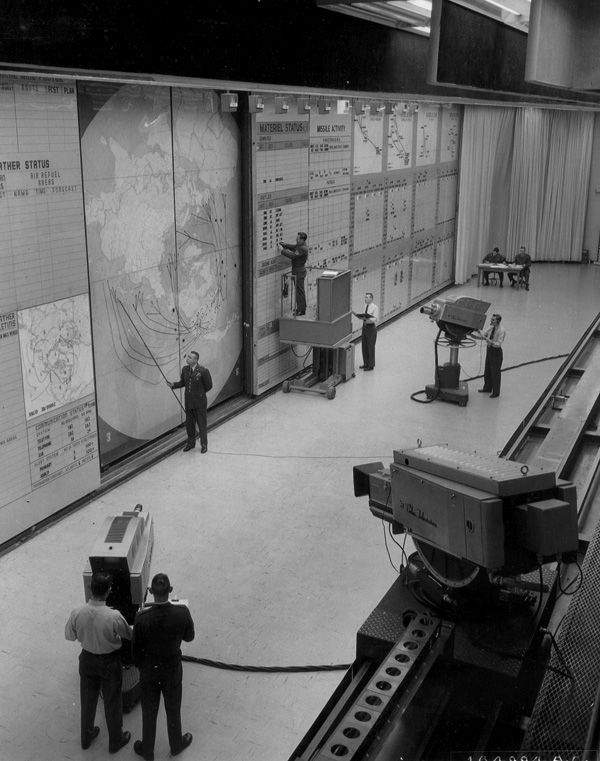 The Strategic Air Command was made up of evangelical christian death cult ultra-nationalists from the top, down. At the top was Curtis Le May, who had overseen the terror-bombing of Europe and Japan, and the first use of nuclear weapons on human cities. Then, he oversaw the obliteration of North Korea in an unopposed carpet-bombing that continued for 3 years after the cease-fire and killed over 2 million civilians. By the time SAC had grown to its full size, it was a huge organization, with its own headquarters buried under a mountain, all of its operations were classified and hidden from view (except for the propaganda), and its budget was no longer controlled by Congress.

Effectively, from 1950 on the Strategic Air Command was its own country, led by a man who was literally the stuff of nightmares for Kim Jong Il and Kim Jong Un. [stderr]

From there, it got worse.

Ellsberg now has a book out, and has been appearing on a lot of radio shows and podcasts; his publisher’s got a good public relations agent. I hate when I see a book-tour disguised as interesting interviews – but that’s just because I hate marketing and public relations.

From the Air Force biography: General Walsh was named a Knight of St. George by Pope Pius XII and is a member of the Papal Household.

Walkthrough on Making Handle Slabs for Knives » « “Oh No, I’m Going to Fall Down Again!”