Military ‘exercises’ are a form of imperial messaging. Right now, the US has troops in Poland in what is being described with Orwellian irony as “anti-Russian aggression NATO exercises”[1]

The troops will rotate training in Bulgaria, Estonia, Hungary, Latvia, Lithuania, Poland, Romania and Slovakia for the next nine months. The regional training exercises are also designed to test how U.S. forces respond on short notice to a possible conflict with Russia.

Nothing shows your commitment to resisting aggression like deploying the largest force you’ve deployed since the end of the Cold War, and ordering them to drive around the edge of another power’s border. Because aggressive behavior in the name of anti-aggression is not remotely like military aggression. It’s a show of peaceful force. Like Gandhi with 150mm self-propelled artillery, sort of. 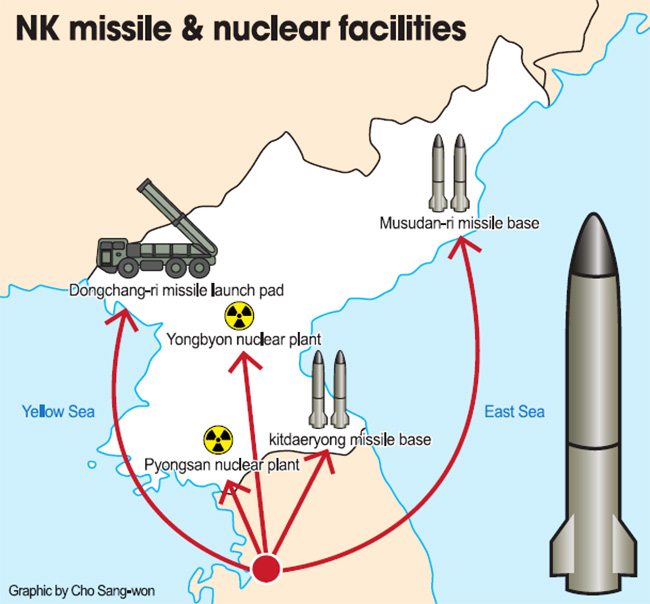 Meanwhile, elsewhere, the US and South Korea are preparing an exercise based on what used to be called OPPLAN 5015.[2] The new version is called “4D” and is part of this year’s “Key Resolve” drill. In case you don’t know how these sorts of drills are done, they entail mobilizing US and South Korean forces, having them parade around the edge of the demilitarized zone, and they play a bunch of simulation games (including exercising the real command/control system) as if they were launching an attack. Excuse me, a “counter-attack.”  The bad guys, being Bad Guys, are expected to understand that these drills are never a lead-up to a preemptive strike against them; this would only be done in “anti-aggression” just like how the thousands of men and tanks Gandhi-trolling the Russian border are there demonstrating their peacefulness.

The guidance, which is designed to detect, disrupt, destroy and defend — the 4 “D’s” — has the major implication that the allies have revived the concept of preemptive strikes against the North’s strategic facilities. A ministry official noted on condition of anonymity that “disrupt and destroy” contains the connotation of preemptive strikes.

These plans are “limited war” plans – calling for a “decapitation strike” on the political leadership of the other side, their advanced weapons systems, and nuclear facilities. Any resemblance to a thorough “first strike” is purely coincidental. The idea is that it’s a “limited war” plan because only one side gets to do any of the shooting, apparently. The North Koreans are Melians.[3]

In reality what’s going on is that the US is signalling the North Koreans that if they look like they’re getting ready to start launching nuclear-armed ICBM tests, like we did all through the 60s and 70s, they may wind up being attacked in the name of increasing the peace.

But, the reason I titled this post “Practicing for War Crimes” is because the 4D plan apparently calls for attacks on North Korean nuclear facilities. Protocol II of the Geneva Conventions (1977) [wikipedia] mostly served to define proper behavior toward noncombatants and insurgents, but also included language about “dangerous powers” – criminalizing military attacks, regardless of reason, against nuclear facilities, dams, and “installations containing dangerous forces.” I.e.: yes, it’s a nuclear enrichment facility, we understand, but you don’t get to bomb it flat and release uranium hexaflouride all over the place. 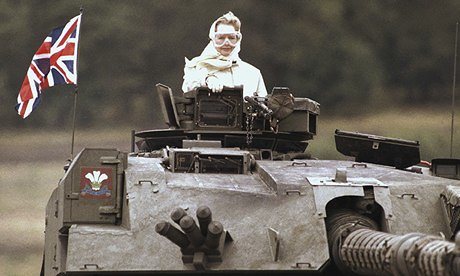 You can’t pretend not to understand what it means, if you’re North Korean leadership, when the US repositions B1 stealth bombers to within striking distance of all of your nuclear assets. Which it has done, in preparation for the exercise. Imagine how the US would freak out if North Korea wanted to position weapons within striking distance of Washington. Oh, right, you don’t have to imagine: I just described the cuban missile crisis, which almost resulted in the nuclear obliteration of Russia.

This kind of monstrous militarism has been going on for a long time. Those of us who grew up in the Cold War may remember Able Archer 83,[wikipedia] a NATO exercise intended to test the command/control systems of the NATO alliance by simulating a full-up nuclear first strike. The Soviets were understandably concerned: a simulated preparation for a nuclear first strike looks a whole lot like a nuclear first strike up to the last minute when everyone stands down. The Soviets went to their highest alert status, while the foolish elite of the “civilized world” used nuclear brinkmanship as a photo-op.

Most Americans have been thoroughly propagandized into the belief that the North Koreans are completely deranged militarists, who hate the US for [reasons] and cannot be negotiated with, etc. Some of that is true. But the “reasons” part is complicated. Most Americans don’t know, for example, that after the cessation of ground operations during the Korean War, US bomber command – under mass murderer and nuclear war proponent Curtis LeMay – “serviced” every target in North Korea for 6 months, then scaled back to occasional bomb-runs for 3 years. 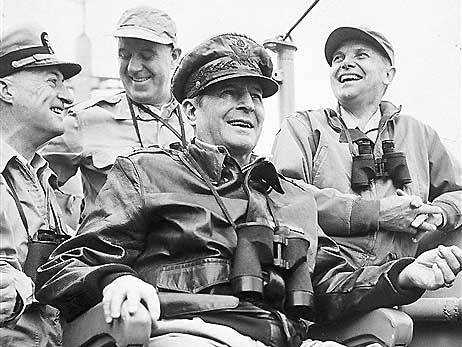 Translating that from ‘military speak’ into ‘civilian’ – they bombed them back to the stone age. Literally. Many North Koreans took to living in caves; every city, most towns, and all infrastructure was destroyed. This was after ground operations had ceased. LeMay wanted to use nuclear weapons on North Korea but was not allowed. So:

Dean Rusk, a supporter of the war and later secretary of state, said the United States bombed “everything that moved in North Korea, every brick standing on top of another.” After running low on urban targets, U.S. bombers destroyed hydroelectric and irrigation dams in the later stages of the war, flooding farmland and destroying crops.[4]

Remember: this was after North Korea had stopped fighting. The US bombers flew unopposed.

One side-point I’d like to make: the 4D plan includes attempting to kill the North Korean leadership, personally. I actually favor that. I think politicians should be the preferred target of military operations, in general. Let their military kill our president; please leave the civilians alone. Like in chess: go after the king. Though, you’ll notice why chess is “the game of kings” – the king never gets killed. That’s how you can tell it was invented for kings.

Sunday Night » « Sauce for the Goose