Make the small big and the few many.
Return animosity with virtue.
– Lao Tze

Everyone appears to be scrumbling toward expanding the war in Syria. The news coming from there doesn’t make a lot of sense; it’s harder and harder to read between the lines and try to get an idea of what’s going on. That’s normal – like when the Obama Administration invaded Syria in 2016 while saying “no boots on the ground” – it takes a while for interpretations of the facts to trickle out. It then takes another 50 years for the actual facts to start to surface; what we’re always dealing with in the first blush of news is the sound of history being made: the top-level analysis of whose fault is what, and who shot first. 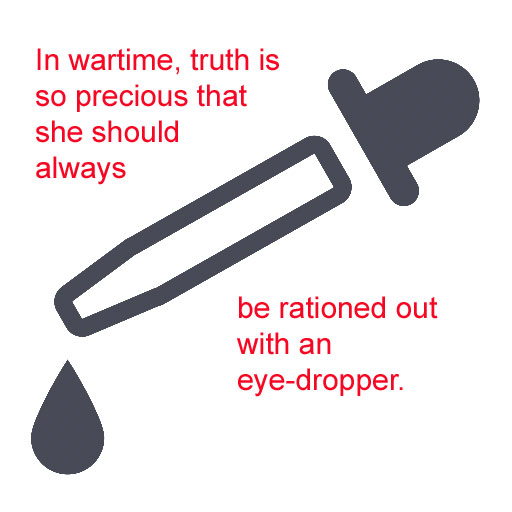 We need to be careful with that, because often that top-level analysis is false and self-serving (WMD in Iraq, the Spanish blew up the Maine, The Maddox was fired on by Vietnamese gunboats, the Taliban refused to turn over Bin Laden, etc) – it looks like a great big muddle but we need to watch it because otherwise mistakes are made where they can be swept under the carpet.

I did not know, for example, that Iran apparently has military bases in Syria, now, or that those bases are being used to operate drones which are flying into places that annoy Israel. That didn’t get a lot of play in the news over here. I did know that Israel had taken to bombing targets in Syria that they were claiming Hezbollah was using to stage weapons for Palestinians, so apparently Israel is not deeply concerned with Syria’s sovereignty (and not very concerned with negotiation, either). That has been going on for some time, now – since spring of last year. But, then, Iran flew a drone into Israeli air space, so Israel went and bombed the Iranian control-points for the drone (which are in Syria) and lost a plane, vowed revenge, and bombed a dozen other places in Syria. I can’t see any of that as anything but provocation. For one thing, Israel was not invited by Syria to bomb targets in Syria. Iran was invited into Syria. But we didn’t hear about it in the US because it’s embarrassing to the US regime that its injudicious actions did exactly what analysts warned would happen: brought Syria and Iran closer. Oh, and brought Syria and Russia closer, too. 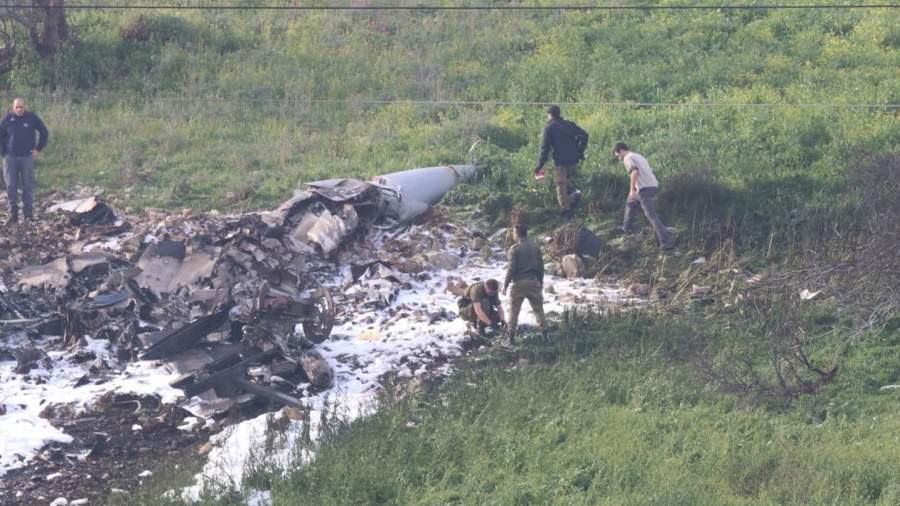 That ought to give you a better feeling for how carefully the information is flowing about what’s going on in Syria. Did you notice how smoothly and slowly it was broken to us that we had begun another war of aggression, in complete contravention of international law? Did you notice that Israel, Turkey, and who knows who else has jumped in, as well? It’s as if the international militarist community has decided to declare that Syria is Thunderdome: “Y’all come and bring y’all stuff you want to test.”

Last week I reported that the US apparently bombed a few Syrian troops. [stderr] Now the story has morphed – apparently now the US bombed a bunch of Russian troops. Except they’re Russian mercenaries not Russian government troops, so apparently, what? Nobody’s going to care? This is madness. The story being put out now is that there were around 200 casualties: [beast] At the same time, there are other reports (also in the Daily Beast that the numbers were maybe inflated) [beast]

Citing U.S. and Russian sources, Bloomberg News reported more than 200 contract killers – mostly Russian citizens fighting for Syrian President Bashar al-Assad – died in what is believed to be the deadliest incident between Russian and U.S. citizens since the Cold War. Russia’s military has disowned any responsibility for the attack in the Deir al-Zour region and a U.S. military spokesperson appeared to accept that claim in a statement. No U.S. coalition casualties have been reported from the attack, but the death toll from the mercenary side is still rising, with soldiers being treated in hospitals in Moscow and St. Petersburg. Defense Secretary James Mattis is reported to have called the incident “perplexing.” The reported death toll would be far greater than all of the Russian casualties the Kremlin has acknowledged during its Syrian incursion.

“Contract killers” are totally different from our “professional military” (I remember, vividly, that a contract was involved that summer in 1983!) and when the US Secretary of Defense is saying it’s “perplexing” how in the hell do you think I feel? 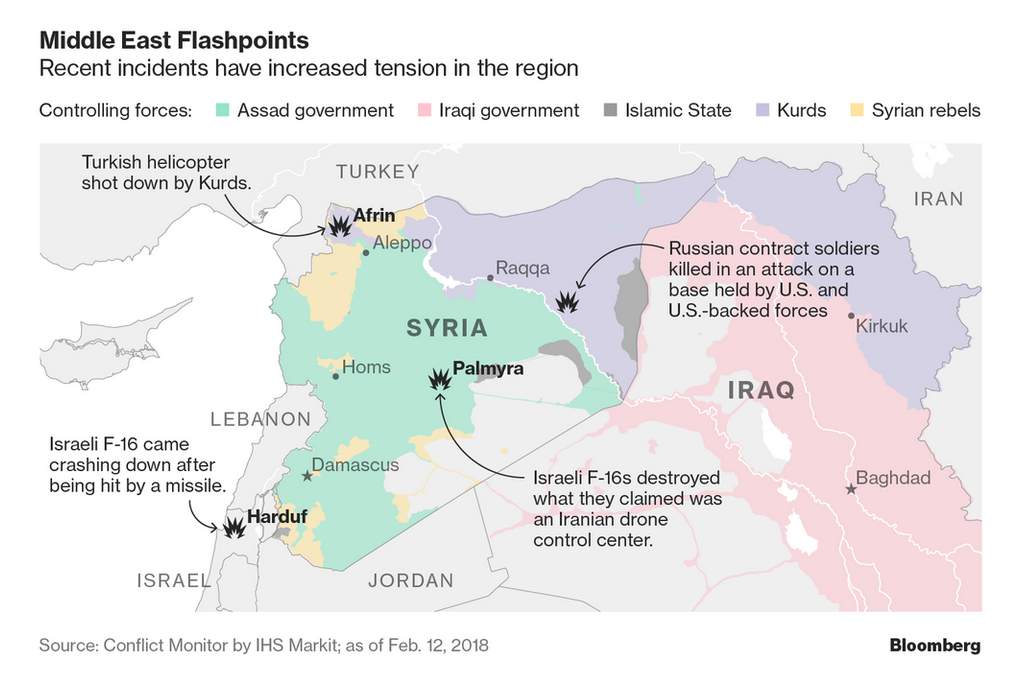 Look at that map, that lovely map. Notice how the lines are drawn so that “Kurds” might be interpreted as a national boundary? Those aren’t national boundaries – that’s a power-map. The Russian “mercenaries” that “worked for the Assad Regime” were attacking a US base that is inside Syria. Were they “attacking” or were they “defending Syria”? Remember, Russia is in Syria by invitation, right now. Iran is in Syria by invitation, too. The US has not been invited to “y’all come and bomb stuff, ok?” by Syria – we are the invading force. Israel has not been invited to “hey come give us some missiles LOL?” by Syria – they are attacking targets in a sovereign, neighboring country. It all depends on how you rotate the map around, doesn’t it?

Usually when the US feels it’s attacked or put upon, someone says something (like Obama did, often) “We will respond in a time and manner of our own choosing.” Do these blockheads think that the Russians are going to just take that? Is Trump going to send Valentines’ cards to the families of the dead? I wonder what happens if the Russians just say “all that stuff we did to your elections was payback for what you did in Ukraine and Crimea.” Endless rounds of payback don’t work, though. As Miles Vorkosigan says, “if we all go ‘an eye for an eye’ there are going to be a lot of blind, toothless people.”

This is exactly why the founding fathers of the US came up with the idea of having Congress approve or disapprove wars that the president proposed. Failure to openly discuss and decide on military action has brought serious trouble, expense, and moral shame on the US in the past, and that’s why Congress passed the War Powers Resolution framing limits on the president’s authority to just deploy troops and start wars. Unfortunately, it was Nobel Peace Prize-winner Barack Obama who did this, not Donald Trump or George Bush – or I’m pretty sure the Democratic wing would be screaming peace chants right now.

We need to realize that the US political system is a one-party system: it’s the party of war and the military/industrial complex; the imperial party.

Here’s the problem that the Israeli and US approach does not address: let’s say I break into your house and am rummaging through your downstairs for loot, shoot your dog (because it barked) and – when you fire a couple shots down the stairs to try to drive me off – I respond by killing your kids. That’s not a moral proposition – I am not allowed to claim “self defense” and exact revenge. The Israelis launched a new wave of strikes against Syria (and Iranians in Syria) in retaliation for the Syrians and Iranians trying to defend themselves. The US launched a successful counter-attack against Russian mercenaries who were trying to defend Syria. The story would be different if those Russian mercenaries were attacking Columbus, Ohio. But they were not.

We, The People, who are allegedly in control of the US Government, and who are definitely paying for the US Government – are left without a clue what’s happening, as America slides deeper and deeper into a war that it started. For those of us who grew up with the Vietnam War as an ongoing drumbeat in the background, this is familiar and unsettling.

“scrumbling” was a brain-o between “stumbling” and “scrambling” and rather than correct it, I decided it fits.

The casualty claims for the incident are suspicious. Usually, in a modern military engagement, casualties are 4 or 5 to 1, wounded versus KIA – or better (depending on who is in the field and who they are fighting) It’s plausible that there might be such a lop-sided engagement that you’d have 2 KIA per one wounded but you’d only see that if it was a battle of eradication where one side penned the other up and obliterated them – like the “Highway of death” in Kuwait, where the US mercilessly bombed and strafed troops that were already hiding and unable to surrender. From descriptions of the engagement it was a big fight, including US ground support aircraft (AC-130s, A-10s, and F-22s) as well as heavy artillery. Possibly what happened is that the US forces saw what appeared to be a strong attack, and just threw the kitchen sink at them.

In terms of force structures, 200 dead and 100+ wounded is a huge defeat and a massive battle. Since the Korean War there haven’t been many of the sort of stand-up carnage matches that result in thousands and tens of thousands of casualties. If the US lost 200 dead and 100+ casualties at a battle in Vietnam it would be considered a big fight; for example the US lost 30 killed in a single day at Khe Sanh and that was a big deal. At its peak US casualty rates in Vietnam hit 500 a week. This battle with the Russian/Syrian forces was not a small thing and probably was not an accident. That kind of casualty-rate brought protests in the US like this: 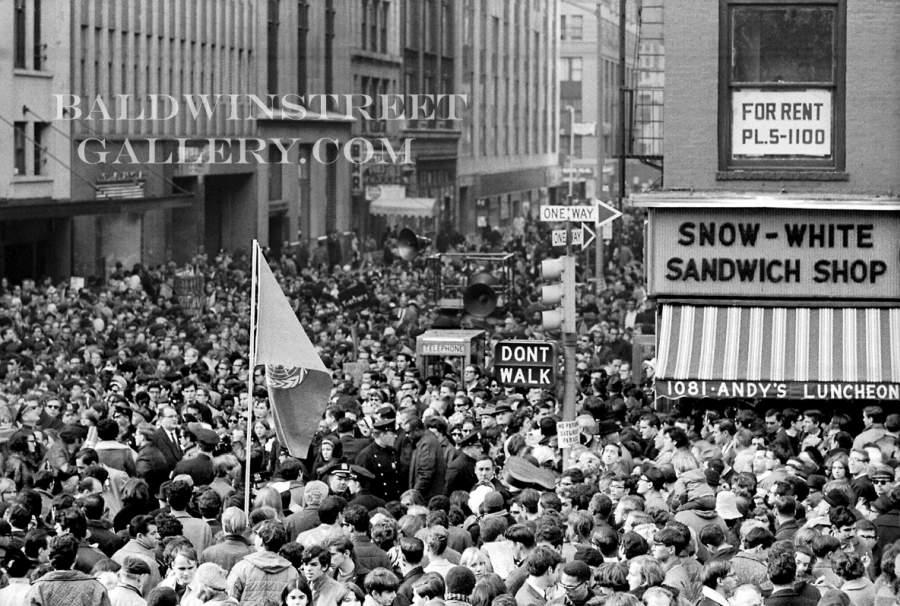 I Do Not Celebrate Valentine’s Day » « Interference