Our human tendency to ascribe cause and effect to simply understood, local, phenomena results in some rather odd conclusions, sometimes. [stderr][stderr] Let’s consider a form of the trolley problem that someone posted on Facebook:

A man is walking down the street in Reading, England, and gets hit by a double-decker bus.

Spoiler: he comes out of the experience just fine. It is OK to watch, but it’s shocking.

Second spoiler: some versions have been re-titled to read “.. and afterward, he goes into a pub for a pint.” That’s not true – the pedestrian goes into the pub seeking shelter from buses and to ask someone to call emergency services; he was in shock and didn’t assess whether he was injured or not, and wanted to get help while he was still mobile. Good thinking. [thesun]

One of the comments on the video was:
That guy had an extra helping of luck for breakfast that morning.

That’s an example of what I mean, that our way of assessing cause and effect tends to be local and limited. I think that, to a certain degree, the AIs in our brains assess the relationship between events in terms of locality – we start with the nearest things and rarely work our way outward. We see the guy, we see the bus hit the guy, we’re more or less done. Therefore “luck” gets assessed in the same frame as the guy and the bus – the local incident.

My response to the commenter was that the man was unlucky: after all, he was hit by a bus!

The lucky person is the person in the starting frames, who is on the other side of the street, and the bus doesn’t come anywhere near them. The even luckier person is the one who was sitting in a nice cafe across town, enjoying a newspaper and a croissant, who had just opened the newspaper and discovered that the bitcoins they mined years ago were worth $20,000 and they were now a millionaire.

Another commenter wrote: “He is lucky he wasn’t one foot to the left or to the right; he’d have been killed.” Which is true, as far as it goes, but only in the local frame that the fellow was already getting hit by a bus.

Let me posit for the sake of argument that “luck” is an assessment of cause and effect – it’s the effect of an unknown cause. Fortuna was smiling on the fellow, and decided to give him a brief role as a hood-ornament on a double-decker bus. Is “luck” just a default root cause analysis for when we are too lazy to think of a better one?

My root cause analysis: the bus was going way too fast for in-city traffic.

Perhaps the luckiest person in the scenario is the bus driver, who didn’t kill someone. Of course he’d have been luckier if he had just stayed home and mined bitcoin. 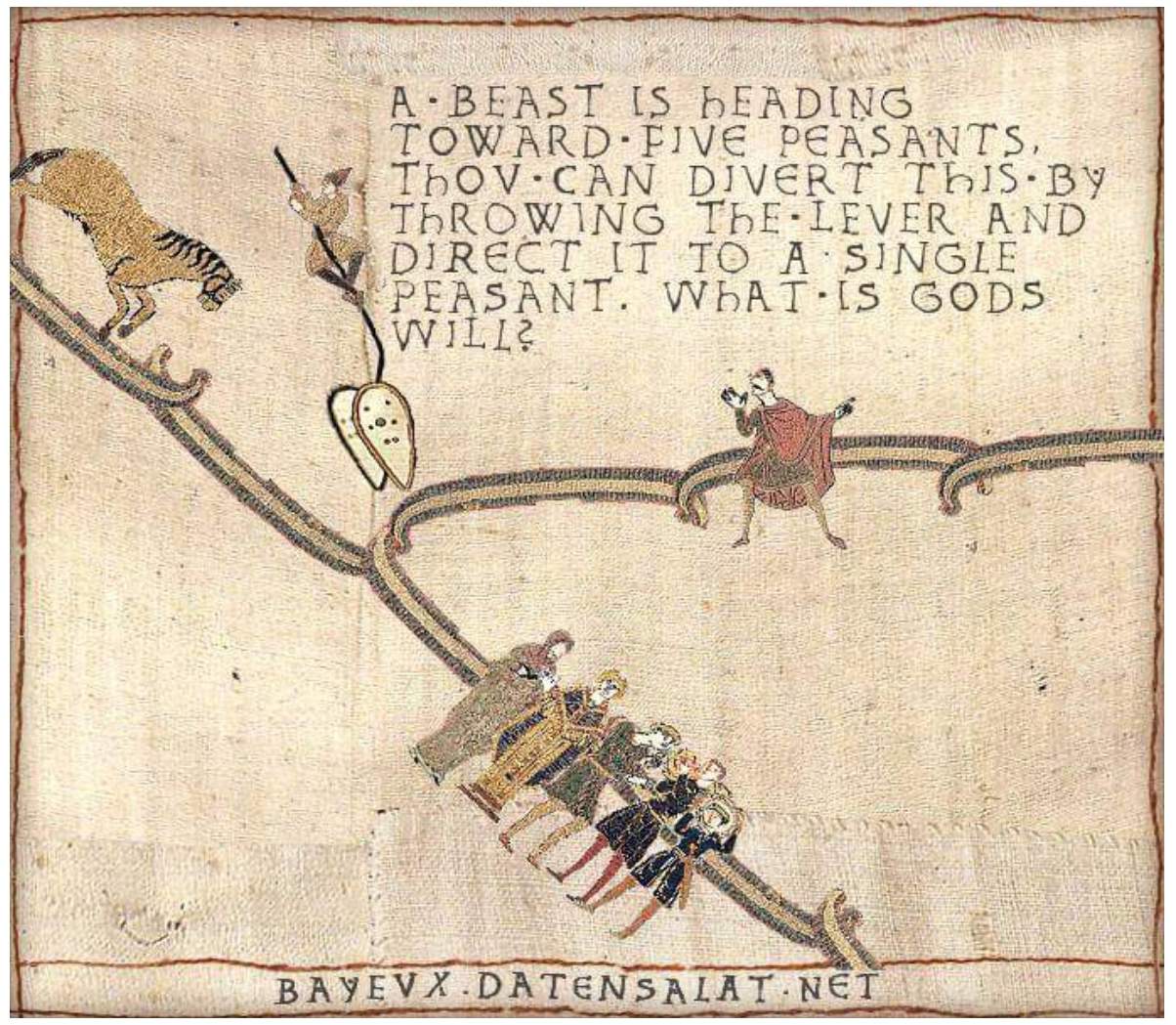