There is a book about her, now, but it’s not particularly well-written; I think its author tried a bit too hard. But it’s a quick, light read. I hate the title: Rocket Girl. [amz]

Mary Morgan wanted to learn stuff and was smart and curious – which is not exactly an advantage for someone growing up in rural America in the 1930s. Rural electrification was just happening, and schools were a hit-or-miss affair. In the case of young Mary Morgan, aged 12, that equated to the sheriff having to go out and tell her drunkard father that he had to let her go to school, and couldn’t just keep her as free farm-labor. Then Betty Manning, from the school board, solves Mary’s school busing problem:

Most of the storm clouds had moved on, leaving a brilliant midday sun to brighten the Dakota prairie. A slight breeze blew, creating waves along the tops of the grasses and pulling with it the dreams of young girls.

Would you like one for your very own?” Betty walked to the back of the trailer with the girl in tow. Mary could hear the animal’s huge lungs breathing in and out as the woman opened the rear trailer door.

“Come on, boy.” She pulled out a short wooden ramp and led the horse down to the muddy ground.

Mary thought a while, looking around the farm as if for some sign or inspiration.

“Every night I like to come out here and look up at the planets and the stars. I like to watch them move across the sky. I’m going to name him Star.”

Like far too many young girls, Mary had to fight to get herself an education, in a place and time when girls were expected to grow up and make housewives. She had to run away from home to go to college, where she finally escaped sadistic beatings from her brothers and drunkard father, and fell in love with and studied chemistry. 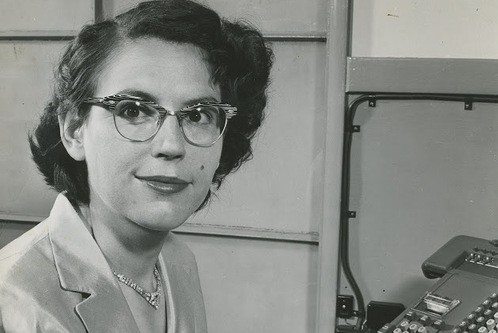 Not much later, she applied for work at North American Aviation, and got a job as a chemical engineer. That led her to become a Theoretical Performance Specialist – a chemist responsible for calculating how much energy a particular mix of molecules would release – jet fuel, rocket fuel, it’s all chemistry. This was early in the days of ‘the space race’ and WWII had just ended: the value of rockets and jets was clear and the US was working on exotic cocktails that would fuel them. Like so many things on the cutting edge of technology, it’s the land of infinite trade-offs: this combination might be more energetic than that one, but it’s corrosive, or toxic, or it would make Derek Lowe leave the room. [lowe]

Mary Morgan figured out the right mixes of stuff, that had the right properties to get US rockets into space. I hadn’t realized what a touchy-feely problem that must have been, because today we “know” what mixes are good rocket fuel, and which aren’t. But there was a time when we didn’t know, and that knowledge was Morgan’s contribution. It must have been interesting, back in the day, to be a chemical plant operator and get a call from a polite young woman:

“Yes, Nick. Mary Morgan at North American Aviation. How are you?”

“Great. Hey, I was looking over this product brochure you left me on diethylenetriamine. Do you guys still make this stuff?”

“DETA? Well, we were about to close down production for lack of…”

“I want to order some. What did you call it?”

“I just need a small amount to start. But if it works out we may need quite a bit more.”

“I’d like to start with an order of four.”

Names like “hydrazine” and “DETA” are familiar now (sort of) because someone figured them out, and named them. That someone was Mary. She jokingly suggested they call it “BAGEL” because the spacecraft were going to fly on Liquid Oxygen (LOX) and that was a good thing to go with LOX. Mary’s mixture was 10% more dense than alcohol, with a 10% improvement in specific impulse, and they called it “Hydyne.”

I love the bit about giving a young girl a horse so she can get to school. What a great way of teaching … something. Something about loyalty and stubbornness – can you imagine going to school on horseback in the winter?

Not to continue harping on the “confederate statues” issue, but maybe someone should knock down a statue of Lee and replace it with a statue to Traveller, his horse. There’s a painfully beautiful book by Richard Adams written from Traveller’s perspective [amazon] and another lovely bit of work by Connie Willis, Lincoln’s Dreams [amaz]  In my mind’s eye, somewhere out in Dakota, there should be a bronze statue of Star, Mary’s horse, waiting to do his thing for his person, because that’s what horses do when they’re asked nicely. Perhaps the horse is looking up, with a bit of curiosity, as if deciding whether it’s scared of a ballistic missile that’s roaring up into the clear blue sky.

Standing Stones » « A Panzer in Every Pot