I fly a lot. Back in the 90s, I flew nearly a million miles in one year (mostly round-trips to Singapore and Japan). Some of the flights I’ve been on nearly ended badly – there was a landing in Orlando where the plane jerked to the side violently in a cross-wind and it looked like the wing was going to hit the ground. Then, there was a landing in Pittsburgh where a tire blew on one side, and things got bumpy.

The legendary landing at Kai Tak airport (1997) really deserved its reputation; I think I nearly peed myself. And then there was the landing at John Wayne Airport (Orange County) where the pilot warned us all “this is the shortest runway in commercial use for jets of this size and we have to really stamp on the brakes when we come in. So hold on.” I could feel my eyeballs trying to escape their sockets and slam into the seat-back in front of me, he stopped so hard – and, when we turned to taxii off the runway we could all see that the plane stopped about 100 feet from the grass.

The most memorable was the time I was coming in to Worcester, Mass on my way to a meeting in Maynard, in a puddle-jumper. They had come through with the drink service and we hit an ‘air pocket’ and suddenly we were dropping like a stone; slight negative gees for several seconds. I was in the back of the plane (the 5-across bench) with some other nerdy types, and we all stared as the beer rose, fizzing oddly, and floated out of the cup that the guy in the middle seat was holding – all our mouths were open in surprise. Then the plane stopped dropping and the beer slammed into the guy’s lap and we were all soaked. Without missing a beat, one of the other passengers said, “you shouldn’t drink if you can’t hold your beer.” 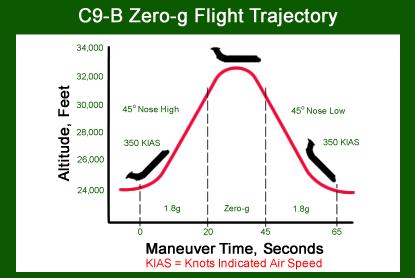 Apparently the first rule of Vomit Comet Club is you call it a “reduced gravity flight.”

I told that story to a friend of mine who now flies for United, and his comment was: “you don’t want to know how far and fast you dropped for that to happen.” I still don’t.

And, that’s why I always wear my seatbelt when I am on an airplane. Sometimes I see people standing around in the aisles or wandering about, and all I can think is “if something goes wrong, that lady will be a projectile.” It’s one thing to get hit by a fellow passenger’s beer – having them collide with the back of your head is nothing like funny. I used to work with an executive who had been on a Concorde flight from London to New York, and they had just served the lunch (white tablecloths and whatnot, Concordes were 100% first class) one of their engines blipped and they dropped down through the sound barrier. All the food and one of the food service trolleys and the stewardess wound up against the bulkhead; fortunately nobody was injured but everyone was a mess.

I mention all of that because of some news today: [wp]

An American Airlines flight lurched violently over the Atlantic Ocean on Saturday, sending drinks and people flying – and putting 10 in the hospital after landing in Philadelphia.

I once asked my friend the pilot, seriously, if the wings ever come off. He said, “no, they’re really tough – after all, they can hold the entire weight of the aircraft.” I thought that was a great way of explaining it. Whenever I am in turbulence now I put the window blind down so I don’t stare at the wing-tip waiting for it to peel apart.

But the shaking got worse. Ehmke saw drinks spilling and sensed a faint panic in the aisles. Still, he wasn’t worried.

Then, suddenly, what he calls “the lurch.”

He would later tell NBC News that everything in his field of vision shot up four feet in the air, and he would tell WPVI that “it felt like the whole plane was in free fall.”

Other passengers would later report screaming and babies crying. Ehmke didn’t recall that but can relive the surreal experience of beverages suddenly being severed from gravity.

“The liquid catches your eye,” he told The Post. “I saw all the drinks fly up at once.”

“Everything in his field of vision shot up four feet in the air.” That can be a stunning impact. Especially if a drink cart smacks into you. Or your son lands on you:

But in the row behind him, Ehmke said, a man had flown up from his seat, hit the ceiling and landed on his father — hard. 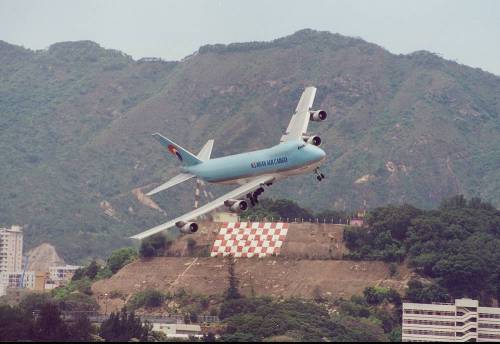 Anyway, I’d just like to amplify why they say “when you’re in your seat, please keep your seat-belt fastened loosely at all times.” And now you know why I like to sit at the rear of the plane. The idea of some unknown something screaming up from behind me and whacking me in the back of the head is just to much like riding horses for my taste.

It is an amazing feat of safety engineering that commercial aviation has become so safe. Whenever I think about this topic, I realize that I was flying in the late 60s – planes weren’t quite as good, then, as they are now. But I had no idea to be scared, so I was just nauseous instead.

Another time, we were taking off out of Bakersfield heading to Denver, when there as a loud “BANG” in the back of the plane (on the other side from where I was sitting) and the back of the cabin began to fill with a dense white smoke. From the smell I realized pretty quickly that it was air conditioning refrigerant, and, while the cabin crew were yelling to the pilot, I got calm because at least it wasn’t fire. (I had heard of Air Canada flight 797) [Don’t read this if you fly]  The amazing part was that the pilot must have been a combat pilot in Vietnam, or something, because he yanked the plane up hard, banked it over, and brought us right back in to the airport and landed – very quickly. Maybe 120 seconds, total. By the time we were down and taxiing, the copilot had probably figured out what was going on from the control panel, so we didn’t emergency evacuate the plane. Everyone cheered for the pilot, then fell to complaining like crazy because of the delay while they obtained and replaced the conditioner coils. I had places to be and things to do so I rented a car and drove myself and 3 other passengers to LAX.