When I read some of this stuff, I wind up sitting and scratching my head, missing my lead foil-lined hat. Conspiracy theorists and fake news make it hard to know what’s what, sometimes, and you can’t tell if you’re looking at a story or disinformation to create a story. Or, are you looking at disinformation intended to obscure a story?

The news piece I remember from a while back was about US jets, including F-22s, scrambling to intercept a possible attack on US-backed rebel troops in Syria. That sounds plausible:

U.S. and Russian fighter jets bloodlessly tangled in the air over Syria on June 16 as the American pilots tried and failed to stop the Russians from bombing U.S.-backed rebels in southern Syria near the border with Jordan.

The aerial close encounter underscores just how chaotic Syria’s skies have become as Russia and the U.S.-led coalition work at cross-purposes, each dropping bombs in support of separate factions in the five-year-old civil war. [dailybeast]

Sounds plausible and a bit scary. Presumably this is all reported through some kind of official channel, because nobody is out there tracking F-22s. When I read that the first time I mentally constructed a scenario that looked something like Russians getting ready to bomb a bunch of “anti-regime rebels” suddenly getting a load in their pants when F-22 stealth fighters came blazing in out of nowhere, conclusively showing them that they’d have been lunchmeat if the F-22s were hostile, and encouraging them to follow the path of good behavior. 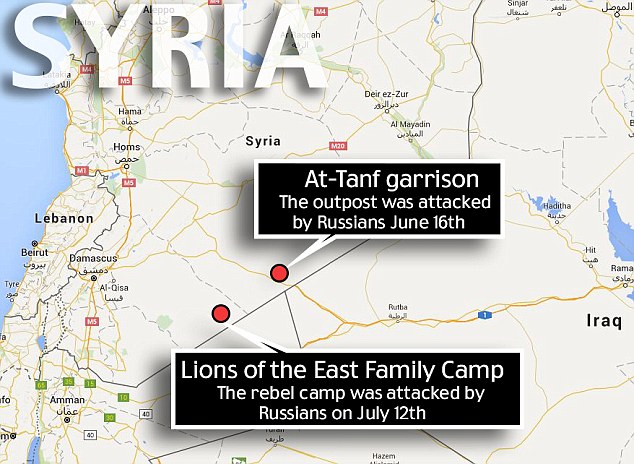 Department officials expressed strong concerns about the attack on the coalition-supported counter-ISIL forces at the At-Tanf garrison, which included forces that are participants in the cessation of hostilities in Syria, and emphasized that those concerns would be addressed through ongoing diplomatic discussions on the cessation of hostilities. Regarding safety, department officials conveyed that Russia’s continued strikes at At-Tanf, even after U.S. attempts to inform Russian forces through proper channels of on-going coalition air support to the counter-ISIL forces, created safety concerns for U.S. and coalition forces. [dod]

As I’ve mentioned, I like googling for stuff. I was thinking “wonder if At Tanf looks interesting.” Usually if you search around a bit you’ll find tidbits like “a garrison 20 miles west of At Tanf” or whatever. Other times you get a map, that you can then puzzle out using features like the highway that goes southeast to northwest and forks at the northwest end. 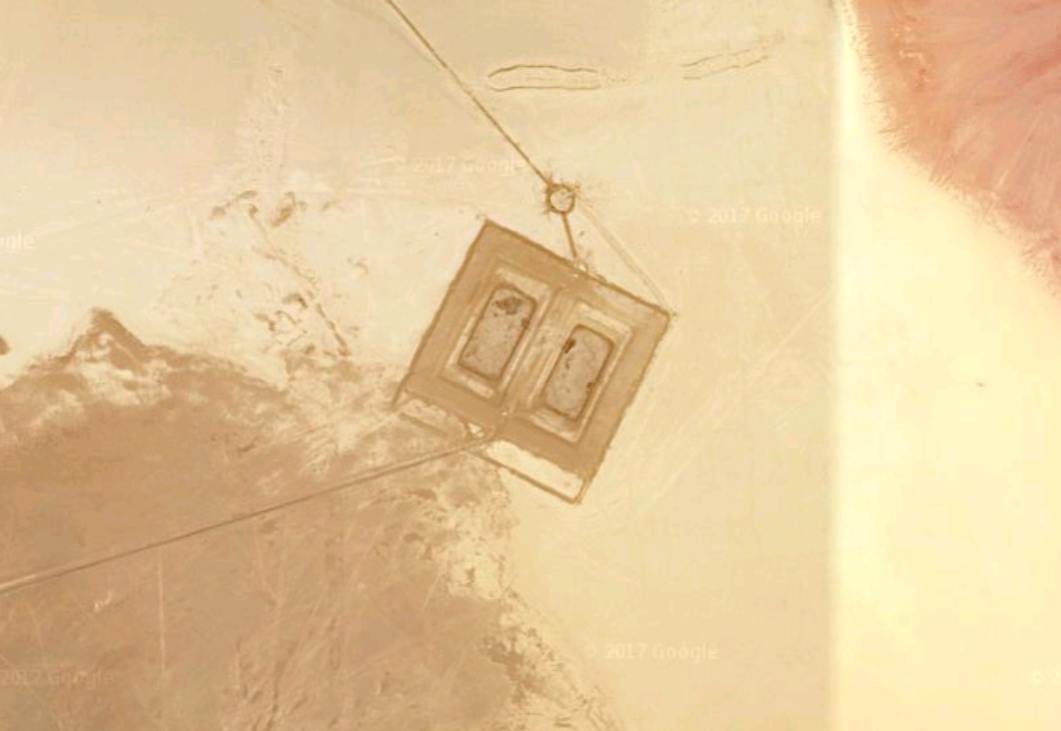 Google Maps says it’s “Palmyra, Syria” so maybe this is part of the holding force that’s trying to keep ISIS away from the ancient city. But, nope: it’s 70 miles south of Palmyra and 80 miles east of Damascus. Maybe that’s the base.

It sure looks well laid-out for an insurgent base, doesn’t it? The Mail’s report is that it is yet another secret American base where boots don’t touch the ground:

Russia bombed a secret military base in Syria used by American and British forces, it has been reported.
Vladimir Putin’s warplanes allegedly struck a remote garrison at At-Tanf, an outpost for elite forces from both sides of the Atlantic on June 16.
US jets are believed to have been scrambled in response, but failed to stop the aerial raid.  [mail]

The story about US jets being scrambled sounds about right. The date and location are the same. The story is very different, and it sure makes me wonder if more was going on when the US struck the Syrian air base than the ignorant population of the US was told.

There was also a similar attack on a CIA-linked site on July 12 that was previously unreported.

So, when you google for “Lions of the East Family Camp” then there’s all kinds of reporting about that incident. Originally in the Wall St Journal, but since it’s behind a paywall:

No U.S. troops were at the sites at the time of the attacks, but a detachment of British forces had departed from the garrison shortly before the bombing. U.S. officials told the Wall Street Journal that the strikes were part of a Russian campaign to pressure the United States to cooperate more closely on airstrikes. [fp]

The US government, DoD, and CIA (which appear to all be, collectively “The US Government”) are not being honest about the degree to which the US military is involved in combat operations in Syria. It’s not just the “boots on the ground” lie – the US appears to have invaded in summer of 2016 and built a forward air base in the northeastern spur of Kurdish Syria, as well as multiple bases for ground troops elsewhere. That’s not to mention the US Marines committed to Manbij. It’s as if there’s a deeper covert war going on between the US and Russia trying to bomb each others’ secret bases covertly under cover of anti-rebel or pro-rebel operations – a classified and potentially deadly tit-for-tat – “friendly fire” as blood sport.

There are no just wars; there are just wars.

Monday Meslier: 195 – Every Rational System is Not Made For The Multitude » « Massive Ransomware Attack and the Most Boring Topic in IT Security