“It’s just metadata,” the cry echoes down the corridors of power. And the ISPs, in the name of “increase your marketing dollar” have taken it up.

Obama puzzles me: on one hand, he oversaw the expansion of the police state and assassination diplomacy, on the other, he was concerned with protecting privacy from ISPs. My assumption going forward is that he just simply didn’t give a shit and went with whatever was politically expedient at the time. Maybe one of the big ISPs lobbyists pissed off some underling staffer, who paid them back by getting the boss to promote legislation on end user privacy. At the end of his tenure, he allowed sweeping changes to how domestic surveillance data is exchanged between law enforcement and the intelligence community – but he also tried to make it harder to sell browsing and application use data commercially.

The current administration aims to change that, of course! There’s nothing they won’t do to further corporate interests; that’s what you get when you elect a swamp-building capitalist to be the chief hippo in the biggest swamp on Earth.

A pair of Republican bills would allow telecommunications companies to sell their customers’ private internet data — but their sponsors claim the legislation would actually protect consumer privacy.

Flake’s bill, which has gained more than 20 Republican co-sponsors, would allow lawmakers to repeal Obama-era privacy rules by a simple majority vote in the House and Senate and would prevent the FCC from establishing similar regulations in the future. [rawstory] 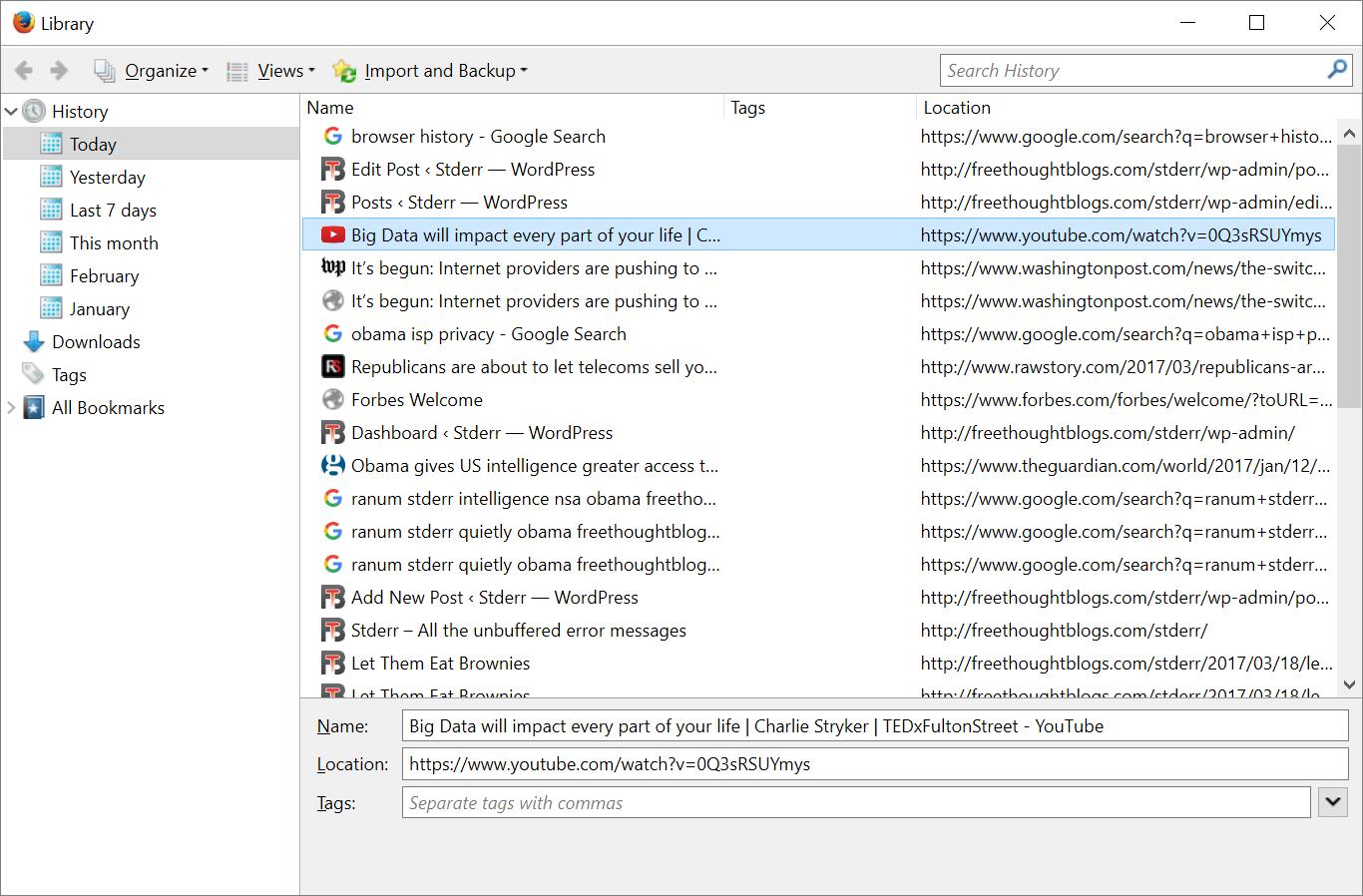 To be fair, it’s just metadata. It’s not like they kill people because of metadata.

And to be still more fair, it’s basically what Google sells only Google operationalizes it into their ad-streaming (that’s why they get all that revenue) – Google’s little site-trackers give them better telemetry than the ISPs can collect – but the ISPs want it anyway, so they can sell it, and lower internet access fees for their customers. Hahaha, just kidding about that last bit.

There are things about this that bother me but mostly it’s that service providers are preparing to go into the ad/marketing world, which could lead to a Typical Pointless Capitalist Meltdown over market positioning, in which customers are used as pawns in some great big divide-and-conquer move that results in more expensive inferior service. It annoys the living shit out of me that the big companies are fighting so hard to sell/resell my “eyeballs” when I deliberately don’t buy anything I see in banner ads. Since I’m not the target customer, all I see is less reliable, more expensive service.  Also: it aggregates new mountains of information that can be accessed by the surveillance state with a wiretap order or a national security letter. Not that I believe for a second that Google (former motto: “don’t be evil”) will tell the FBI “no” on behalf of a customer, I don’t want the FBI to be able to collect a copy of similar data from Verizon and compare it to see what falls out. If you can learn what apps I am running and get browsing data from near the head of the river, you can see who’s using TOR and who’s not, who’s using a VPN proxy service and who’s not, etc. Not that this matters (much) it’s data they more or less already have (remember: AT&T had been giving NSA the ability to collect whatever they can since the late 90s) it’s just another “fuck you” in a great big Handel’s Messiah of “fuck you.”

Let me give the last word to the capitalists: (regarding the Obama regulations)

“They are unnecessary, unjustified, unmoored from a cost-benefit assessment, and unlikely to advance the Commission’s stated goal of enhancing consumer privacy,” wrote the Internet & Television Association, known as NCTA. [wp]

You gotta love how the media contort themselves to avoid saying “domestic surveillance” Here,[guard] the Guardian calls it “warrantless data”  – simultaneously embedding the idea that it’s unconstitutionally collected but making it sound light and fluffy and unencumbered.

By the way: if you are concerned about your browser history, and usage statistics – get off the internet. Your best option would be otherwise to use a “burner” MiFi access point [eg] and a dedicated browsing device – something like a netbook running OpenBSD with a browsing distro in a virtual machine. Use that to connect to a proxy server like Protonmail’s, and then use an SSL VPN from there to connect to a hosted system in Russia[ho] – then don’t do anything – because you’re still being tracked on the endpoints, ingress points, and egress points. But at least you can be one of the “Russian hackers” the FBI keeps rattling on about. (Where do you think they all come from, really?)

If any of you want to make some sweet “homeland security $$”, here’s a pseudoscience idea that the police state would probably buy. Per the clowns who are building robo-profiling [stderr] throw together an inference engine and some classification rules and produce a “what your browser history says about you as a person” ‘Artificial Intelligence’ app. Call it “Holmes” or something like that. Sell it to the FBI. We call it “riding the gravy train.”

Factoid: since I am on metered bandwith, I track usage by application and protocol. When I switched to ad blockers in my Windows machines, my bandwith usage dropped 30%. If ISPs wanted to provide better, cheaper service, they could have the equivalent of a 30% across the board, full-time free upgrade if they used “big data” to identify and block ads. Of course, there’d be hell to pay because their money comes from ads. Actually, their money comes from playing both sides off against eachother, like some network-based Basil Zaharoff.