An employee told the officer that Kendall came into the restaurant yelling and screaming, “Go back to your country, terrorist,” the affidavit said. The employee asked Kendall to leave. He did, but came back about five minutes later and threw a plastic object at the employee, the affidavit said.[ol] 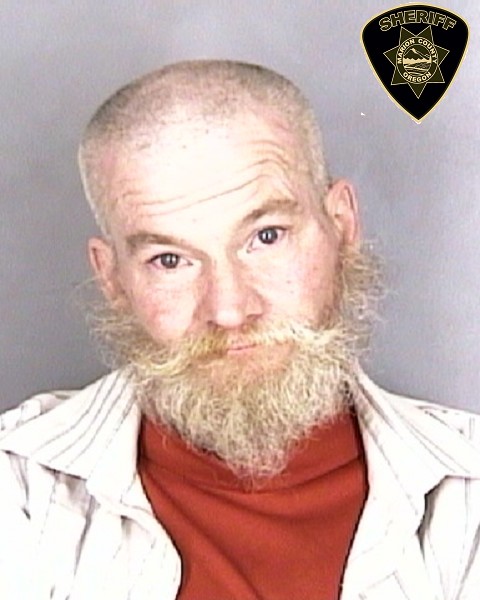 I’m tired of the phrase “… investigated as a possible hate crime.”  Look, when someone bashes someone over the head yelling “get back to your own country” it’s not a financially-motivated crime, and it’s not a crime of passion. It sure isn’t white-collar accounting fraud. And, when the perpetrator is yelling out their motivation, it shouldn’t take the full resources of the FBI or police to figure out their motives.

Jason Lee Kendall, 52, went into Middle Eastern restaurant Al Aqsa at about 3 p.m. Tuesday and hit an employee in the head with a pipe after yelling, “Get out of America,” according to a Marion County probable cause affidavit.

Kendall told an arresting officer he went into the restaurant because he saw a woman inside that he thought was being held as a slave, the affidavit said. The shirt the woman was wearing was a signal, Kendall told the officer, according to the affidavit.

By now you all know I have problems with language, specifically definitions of things.[stderr] In fact, I wrestled with the word “terrorism” for days when I was writing my book on homeland security – the question was “is it possible to define ‘terrorism’ so that the definition is narrow enough that if covers individual or small group actions, but not the actions of a state?”  At that time, the USA PATRIOT Act (which I actually read!) was just coming out, and the old definition of “terrorism” was on the way out, being replaced by a newer, more targeted term.

Back in 1998-9 the FBI awkwardly defined “terrorism” as follows:[fbi]

Domestic terrorism is the unlawful use, or threatened use, of force or violence by a group or individual based and operating entirely within the United States or Puerto Rico without foreign direction committed against persons or property to intimidate or coerce a government, the civilian population, or any segment thereof in furtherance of political or social objectives.

International terrorism involves violent acts or acts dangerous to human life that are a violation of the criminal laws of the United States or any state, or that would be a criminal violation if committed within the jurisdiction of the United States or any state.  These acts appear to be intended to intimidate or coerce a civilian population, influence the policy of a government by intimidation or coercion, or affect the conduct of a government by assassination or kidnapping.  International terrorist acts occur outside the United States, or transcend national boundaries in terms of the means by which they are accomplished, the persons they appear intended to coerce or intimidate, or the locale in which their perpetrators operate or seek  asylum.

You’ve got to love that GOV-speak: “or Puerto Rico” and ‘without foreign direction’ – they stopped using that definition and now there are disclaimers:[doj]

The search for a universal, precise definition of terrorism has been challenging for researchers and practitioners alike. Different definitions exist across the federal, international and research communities.

Apparently I am not the only person who has trouble with linguistic nihilism. Of course, the reason is because the pre-9/11 definition of “terrorism” would make the CIA the largest force committing international terrorism in both the 20th and 21st centuries. We need a different definition:[aclu]

A person engages in domestic terrorism if they do an act “”dangerous to human life”” that is a violation of the criminal laws of a state or the United States, if the act appears to be intended to:  (i) intimidate or coerce a civilian population; (ii) influence the policy of a government by intimidation or coercion; or (iii) to affect the conduct of a government by mass destruction, assassination or kidnapping.

So it sounds like the label “terrorist” fits onto Kendall. That’s based on the semantic interpretation of the last sentence of the definition containing “or” not “and”, i.e.:

No person employed by or acting on behalf of the United States Government shall engage in, or conspire to engage in, assassination. [Executive Order 12333]

Terrorism is when they do things to us, that we do to them. If Kendall was brown, he’d be a terrorist.

I was happy to see that the guy in Kansas who shot and killed Srinivas Kuchibhotla, 32 is being “investigated as a hate crime”[cnn] by the Department of Justice. Now, I suppose we must ask what a “hate crime” is:[fbi]

For the purposes of collecting statistics, the FBI has defined a hate crime as a “criminal offense against a person or property motivated in whole or in part by an offender’s bias against a race, religion, disability, sexual orientation, ethnicity, gender, or gender identity.” Hate itself is not a crime—and the FBI is mindful of protecting freedom of speech and other civil liberties.

By the way, the State Department’s annual reports on terrorism [state] require reporting on terrorism where international terrorism is defined as originating from [def] terrorists that are on a list of “terrorists.” Brilliant! That’s how you know what “terrorism” is: it’s on the list.

I am going to try to track the Kansas shooter’s story and see if he’s ever charged with hate crimes, or if it’s swept under the table. Periodically, I do a “where are they now?” search for some news-makers and generally it’s pretty depressing.

Why Does Russia Outsource Hacking? » « Speaking of “Singularity”