SAN FRANCISCO — Almost all nations engage in some type of cyber espionage, but Russia stands apart in outsourcing the work to criminal hackers from its thriving cyber underground, say U.S. security experts.

While this has long been known in in intelligence circles, the charges against Russian intelligence officers in the Yahoo hacking case bring it out into the open.

“The Russians are pretty much No. 1 in terms of using criminal organizations as partners,” Michael Chertoff, former U.S. Secretary of Homeland Security, told USA TODAY in a phone interview.

I guess the media has had long enough to marinate in its ignorance to forget that Michael Chertoff is the guy who was serving as a consultant promoting backscatter body scanners like Rapiscan, which his DHS had put in place[allgov]. He’s one of those swamp-dwellers that the Trump administration is going to drain any day now. Yessir! (holds breath) 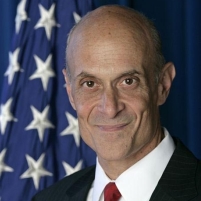 Consultant-spokespeople are a huge problem, as they amount to an unacknowledged and deniable propaganda arm for the establishment. You can’t be exactly sure which side of their bread is buttered, or by whom, but when they’re giving interviews there’s some buttered bread somewhere.

I know I am relentlessly cynical about the US government’s claims regarding hacking, but that’s because that’s the particular sausage-factory where I’ve spent my career. From people I know in different areas, they have similar cynicism about their fields, as well, which adds up to a pretty grim picture. At this point, when I see the US government complaining about something, I assume it means some combination of:

Note: “all of the above” is covered – you may make multiple choices. 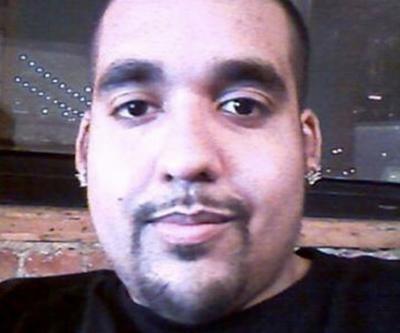 Chertoff says “The Russians are pretty much No. 1 in terms of using criminal organizations as partners.” Boy are the FBI going to be pissed off to learn that they are No. 2. [stderr – article on how the FBI used domestic hackers to attack Brazil and other places]  They’re probably angling for a bigger budget for recruiting domestic hackers, because: Russia!

Back in high school in the military history club (aka: the wargaming club) we had a guy, Phil, who said that “the art of diplomacy is crushing your opponent while saying ‘now look and what you’ve gone and made me do.'” Phil won a lot of our Diplomacy games.

The announcement of attempts to prosecute a bunch of Russian hackers for the Yahoo! breach has nothing to do with the news cycle on the CIA hacking tools leak.

To be fair, the Russians probably did hack Yahoo! That’s because Yahoo! won’t just give them whatever they ask when they show up with a National Security Letter, like they do the FBI. Gotta steal what those selfish dot-coms won’t freely give. The NSA agrees.

By the way the Rapiscan scanners initially worked so badly that the government basically had to write them off and buy new ones. They require much more infrastructure than expected, because the software warning system never really worked right – what happens is that scanner produces a “nude body image” to a screen in a distant room over a network connection. An analyst can touch and flag areas for further examination, which is then rendered onto an inoffensive cartoony image. This maintains the fiction that the scanner is not “seeing through your clothes” which, if you think about it for a couple seconds, is the only way it could possibly provide any value at all.

Chertoff has not been shy about exploiting terrorism incidents to his client’s advantage, appearing on television as an expert after the attempted bombing of the Northwest Airlines flight on Christmas Day 2009 to advise the nation that it should invest in full-body scanners for airports.