If Prince was not some kind of funk asymptote, there never will be:

You might also enjoy this article [dailybeast] about when Prince got sucked into a marketing quagmire “win a date with Prince” and wound up hitting the metropolis of Sheridan, Wyoming. Where he, uh, fit right in. The winner of the date was a big Motley Crue fan, but Prince won her around in the end. 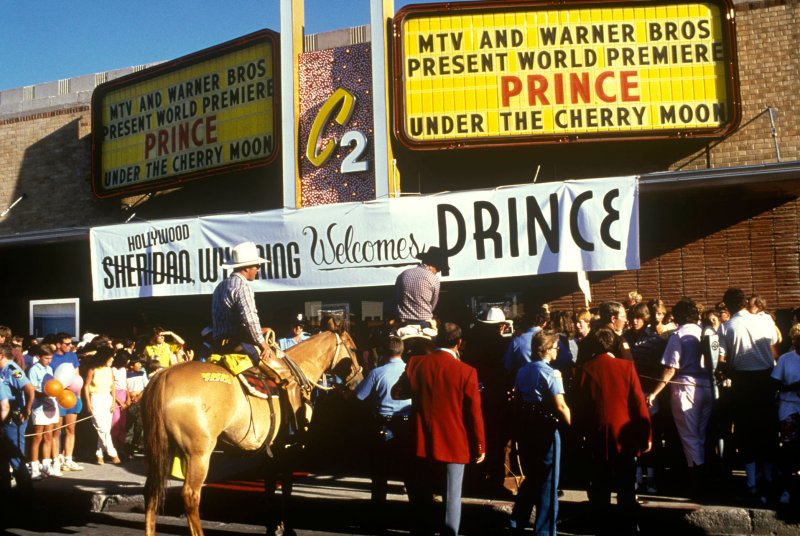 I wish someone had followed this more closely with a camera and made a movie documentary of the whole thing – sort of like Hearts of Darkness[imdb] which was about the filming of Apocalypse Now …   Hearts of Darkness has the classic line from Coppola: “We had too much money, too much gear, too many drugs… and little by little we went insane.”

They had too much money, too much gear, too many drugs and little by little they went insane under the cherry moon.

Who’s a Terrorist? » « It’s Worse Than You Think: Robo-Profiling