I did this back during the “Occupy” days before Occupy Wall St was broken up. New York City had just decided it might enforce an old ordinance making public mask-wearing illegal.[1] 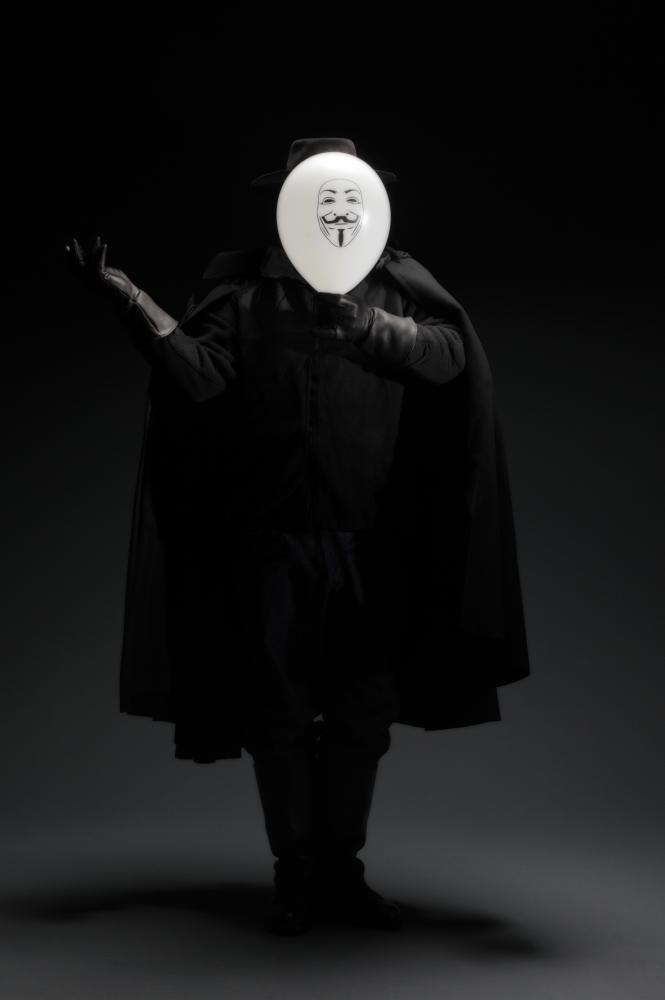 So I was thinking “they can’t come after you for holding a balloon can they?”  I sent several thousand of these to various places, and took the remainder to the RSA conference, where I scattered them liberally about the place. I swear I had nothing to do with it, but someone got their hands on a few of the balloons, blew them up, and filled the back of an FBI unmarked car that was parked near the conference center. After that, there were some reports that “Anonymous” might be planning an attack, or something. Silly totalitarians.

Speaking of Unwinnable » « A Weird Thing