That will make America Great Again. Our current defense spending is: 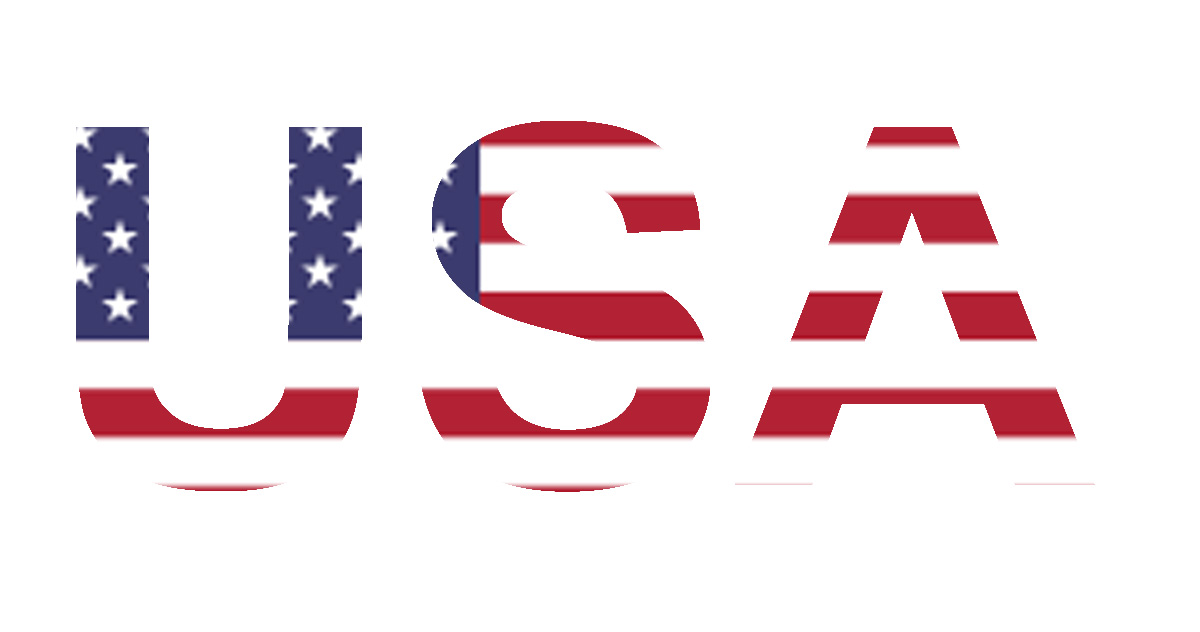 We’d be spending more than the other top 10 countries in the world, combined. That’s more than: China, Saudi Arabia, Russia, United Kingdom, India, France and Germany. Combined. You’ll note that all of those except Saudi Arabia are nuclear powers; the US won’t go to war with them under any imaginable circumstances. So the military Trump wants to build will be aligning against non-nuclear powers, which we out-spend (even if we add North Korea’s paltry $510 million) leaving out Israel (nuclear), the total expenditure by countries we might actually go to war with is: about $250 billion. That’s assuming Canada and Australia are possible forces the US might want to conquer. Most of the countries the US is chest-thumping at are non-players who we’d still lose against: Iran $10.3 billion, North Korea $1/2 billion, Algeria $10.4 billion, Mexico $7.7 billion. When you look at US expenditures on its military, compared to Mexico, it’s Bambi Vs Godzilla.

But sure: let’s spend more money on war. After all, Trump must think that we’ve been losing wars because we didn’t spend enough. That’s wrong. The US has lost wars because it went to war without political objectives that were achievable through war. They were unwinnable wars. The wars that the US has won were only the wars where there were politically achievable outcomes: e.g.: the 1st Gulf war (“get Iraq out of Kuwait”)  The wars that the US wins (Grenada, Gulf War I, Panama) are quick hits where overwhelming force is successful, but there was no political will to resist, anyway. The wars where the US faced an insurgency or a stubborn enemy (Korea, Vietnam, Gulf War 2, Lebanon, Somalia, Afghanistan, Kosovo, Libya, Syria) the US has won many of the battles but lost because of politics – not domestic politics, but the reality of fighting counter-insurgency operations in a place where the population is not interested in cooperating. Worse, the US doesn’t even understand what “victory” would mean in most of those conflicts. Optimistic naivete aside, the US seemed to genuinely expect that it could create a democracy in Iraq by imposing a sectarian government into one side of a religious (and territorial) civil war. Trump seems to think that bombing the shit out of ISIS is going to “defeat” them but that’s the same problem as the US bought in Iraq: even if ISIS is completely obliterated, whatever replaces it will split in the same direction. Basically, the US’ idea for how to “win” in the middle east is to install dictatorships – which has been the strategy of imperialists since the Assyrian Empire: just keep churning the satrap supply until you find one who is biddable, not too corrupt, and who won’t get too far out of line. If we actually went into these wars with that as an objective, we might be able to succeed, but we’re too inefficient because not only do we need to set up a dictator, we have to feed our army of carpetbaggers who latch tick-like onto our strategy and make everything the US military does mind-bogglingly expensive.

You can be fairly sure that the moment Trump said he wants to spend 10% more on the military, the money had already been spent: the strategic geniuses at the pentagon, Northrup Grumman, Los Alamos National Labs, General Dynamics, Halliburton, et all – they’ve already calculated how much they are “in for” and have raised their prices just enough to absorb it. So Trump, the con-artist who claimed to have saved $700 million on the F-35 (that was a lie) now wants to blow $60 billion. How can I say “blow” without knowing how Trump wants to spend it? It’s easy: disciplined financial analysis does not result in flat percentage increase. If Trump came back with a line item budget on where he wants to spend what, in order to accomplish this, or that, then it’d be believable. He’s basically asking for a great big yuge gym bag of money that he’s going to throw in all directions. That will actually lose more wars than it wins, because that’s exactly the kind of undisciplined approach that gets the US into unwinnable wars.

Put differently: if you have a pentagon that’s financially out of control, giving them more money makes them out-of-controllier.

Speaking of unwinnable wars: the US is currently chest-thumping about China, which spends half as much annually on its military as we do. And Russia, which spends about one tenth. If you want to think of militaries in terms of cost-effectiveness against enemies, the Chinese army, because it doesn’t have to try to project force around the globe, is in place with interior lines. That brings an inherent 3:1 (or more) advantage if we were talking about traditional strategic thinking. The US force structures are over-extended, over-priced, command top-heavy, and tied to bases all over the world: the US can project force like nobody’s business but the last time it tried to assemble a knockout punch (against an army that had a $4.3 billion dollar budget!) it took 6 months just to get all the troops in position and staged – and that was against an enemy that was essentially helpless with no satellite intelligence or long-range strike capability. The US military in the Gulf War was like a boxer who trained for 6 months to punch out a blindfolded toddler. The US/China strategic situation is reminiscent of a murder of crows flapping around and threatening a bulldog. The bulldog is probably wondering “WTF is your problem? I’m not running around chasing you, get offa my lawn.” A showdown with China is a really bad idea. Not because we might lose, but because there is no option that leads to winning at all.

The US “strategy” toward China is another example of strategy and tactics that lead toward an unwinnable war. Why is the US pushing to contain China in the South China Sea? The Chinese aren’t threatening to close any trade routes (not even trade routes to China!) and they’re doing what powers do: determining fishing rights and mineral allocations within their sphere of influence. The only strategic reason the US might want to intervene in the South China sea is because ….?  I can’t come up with something silly enough: maybe Vietnam’s fishing rights are threatened? And a show-down with China would help rectify that, how, exactly?

A 10% shift one way or another in the US’ military expenditures doesn’t even move the needle visibly with respect to our strategic options.

Most of my estimates of military expenditures are from Wikipedia. [wik]

Some clarification on my point: “the US won’t go to war with them under any imaginable circumstances” – what do I mean by “imaginable circumstances”? My vocabulary runs thin because I want to use words like ‘rational’ and ‘practical’ which don’t fit well into a discussion about strategic nuclear war. But, briefly: imagine the US finally does decide to deal with a small nuclear power; let’s say: France. It would have to be a strategic pre-emptive strike including attempting to overkill enough to defang their counter-strike capability. The only practical scenario that entails is a decapitation pre-emptive strike, which would kill about a million people. The US is clearly morally and militarily capable of doing that, what we’d find unacceptable is the result if a single one of France’s 290 nukes was not destroyed and wound up over Washington, DC, LA, or New York. All of the nuclear powers except North Korea, and maybe Pakistan and India, have good enough deterrent counter-strike capabilities that a pre-emptive strike would not be a sure thing unless it was an obscene overkill bombardment. So, I’m willing to posit that the US’ strategic nuclear strike force is off the table as a realistic option, but as a deterrent, any of the US’ potential nuclear-armed enemies are safe against purely conventional large-scale war. It’s credible that the US might swap a lot of lives with, say, Russia (I hope not!) but we’d be crazy, too, to get nuclear with them. In fact, we’d be crazy to get into a conventional war with them for the same reason Hitler and Bonaparte discovered – the logistics of winning a land war in Russia favor the Russians. Again, that makes no strategic sense at all, because a non-genocidal conquest of Russia (or China) is utterly implausible – and the nuclear deterrent rules out genocide. We need to look at this stuff in its strategic context: our nuclear weapons arsenal wouldn’t be more or less effective if it was half or twice its current size. That would, simply, not affect anything.  So: don’t bother.

Re: conquering Canada, Mexico and Australia. Of course the US would mash them flat in a hurry. But they’d be even harder to hold than Iraq was. Can you imagine the kind of insurgency Canada could kick up, right up north of us? And the logistics of conquering Australia – horrifying. The British only succeeded because of a ridiculous technological imbalance. That leaves Mexico. An insurgency in Mexico is also horrifying to contemplate, so let’s not. Please.

Given my perambulations above: you ought to understand why the North Koreans are scared.

Winning a war with China: since China would be on the strategic defensive and would have interior logistics, the US is basically doomed to lose. The only realistic way to win would be nuclear genocide, and they’d see that coming and things would be very bad for everyone. If you want to imagine a limited conventional war what does that look like? Given China’s logistical advantages and geopoliticial position, I think the US would need about a 10:1 advantage, which would entail a force-buildup on the order of $2 Trillion annually. And, while we were doing that, the Chinese (who have pretty good intelligence!) would be going “whooooah!” and preparing, as well as engaging in economic warfare. The US would collapse financially before it could field a credible military force to defeat China in a conventional war. That leaves: chewing on eachother really hard in some horrible proxy wars. That’s plausible. But that’s also unwinnable. The Chinese would respond to a massive US force buildup by destroying and isolating bases, which would increase the US’ cost to defend them, and could plausibly take out a few allies to further increase US costs (what would happen if the US suddenly had to divert its build-up to defend Australia?) The Chinese are not a civilization to be dismissed casually as warriors and definitely not as strategists- after all: they wrote the book on strategy. US war-makers are puppies in the woods with high tech toys yapping at the descendants of Sun Tzu and Genghis Khan. For fuck’s sake, it’d be funny if it weren’t so damn dangerous.

One more point to ponder: India is about 7,000 miles from New York City. The Indian latest/greatest intercontinental ballistic missile has a maximum range of 5,000 miles. I have often wondered if the US’s tacit “whatevurrrr” policy toward India nukes has anything to do with some backroom negotiations guaranteeing that if they even have a dream they made a missile with 7,000 mile range, they’ll wake up and apologize.

Unitarian Jihad » « Monday Meslier: 4 – Of the Falsity of the Christian Religion