Trump had big meetings with generals, to talk about bringing down Pentagon costs.

The funny thing is that, if Trump wanted to do that, he should be “draining the swamp” that is Washington and its network of lobbyists and beltway bandit con-artists. 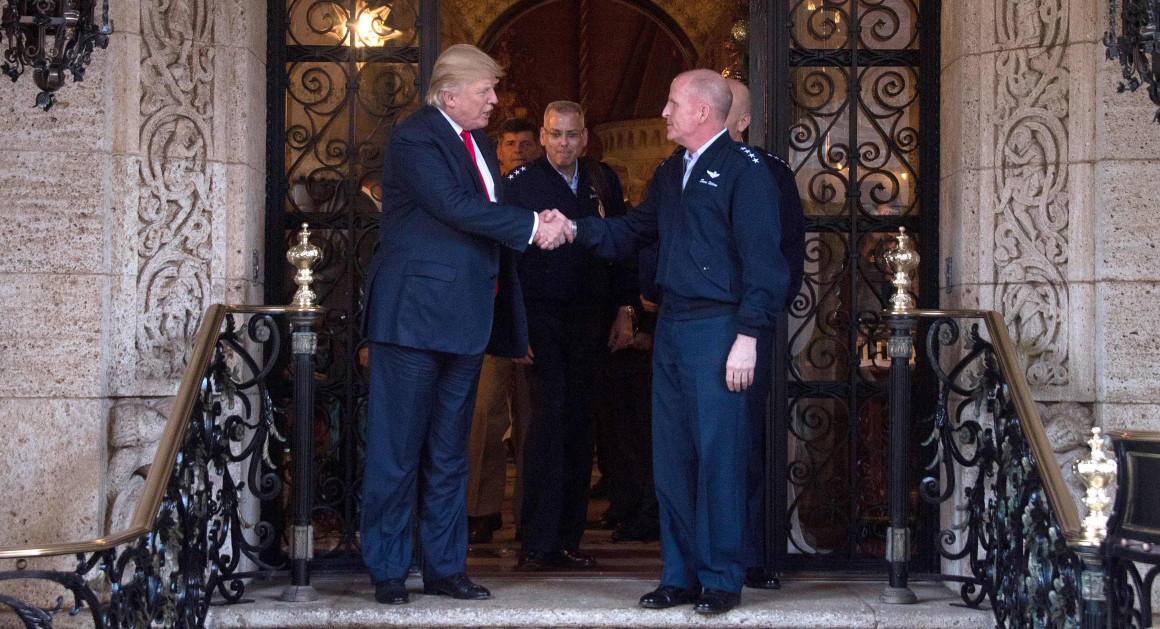 Look at all those stars! (Getty Images)

That scene looks to me like something out of a mafia movie set in the 30s: a bunch of gangsters getting together to share the word among the made men. 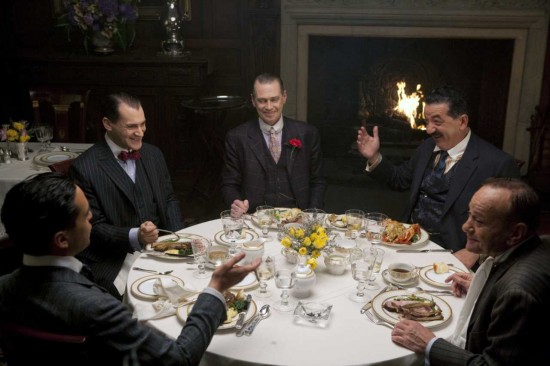 Trump: “Youse guys. Youse takin’ too much.”
General: “But we have programs! We have mouths to feed!!!”
Trump: “Yeah but youse killin’ da goose what lays dem golden eggs.”
General: “We’re most of the US economy, we can’t rock the boat.”
Trump: “You wanna work in this town, you gotta know there’s a new boss.
General: “Bosses come, and bosses go. You know the deal.”
Trump: “Lissen. If we do dis my way, it’s gonna be yuge…”

I’m looking for a silver lining in some of these clouds and one of them is that Trump understands scamming and inflating prices. There’s a good chance he’s got the Pentagon’s number, he just hasn’t figured out where the pressure points are, yet, but he will: over-padded contracts are Trump’s raison d’etre.

Meanwhile, as the folks over at War Is Boring have pointed out, the story the Pentagon brass fed Trump about the costs of the F-35 were a pack of lies. Apparently the general told Trump that F-35s will cost “only” $105 million, when an actual flyable aircraft is closer to $188 million. And if you hop in your time machine and go back to the original “special just for you price” it was $32 million. Quite a difference.

Back when Obama came into office and there was the big “surge” in Afghanistan, I picked up and read Bob Woodward’s “Obama’s Wars.”  I’m not a huge fan of Woodward’s (a consummate insider) and his endless “outsider” pose, but there was one piece of it which fascinated me. Obama apparently asked the Pentagon for a plan to deal with Afghanistan, and they sent back 3 plans:

Everything I’ve read about Trump’s negotiating strategies indicates that he uses the same trick. It’ll be interesting to see what happens. It’d be wonderful if there was a stream of 4-star generals getting pink slips. I’d give that about a 15% chance of happening, because – for all their military grandeur and big hats – the generals are bureaucrats who didn’t get to where they are without learning how to play straight-up tactics or passive-aggression. And, because of the evolutionary pressure on bureaucrat generals, they’re almost certainly smarter (if not meaner) than Trump.

War Is Boring: The Official F-35 Price Tags are Bogus