Mississippi lawmakers are advancing a bill to bring back firing squads in the event that they continue to be unable to get lethal injection drugs.[1]

As someone who generally questions the legitimacy of the state (all states!) you can probably guess that I don’t believe a social contract can be extended to agreeing to allow “your” government to kill you. That seems to be a stretch.

Murat facing the firing squad, “Not in the head. Here.”

But the bloody-minded stupidity of these legislators deserves a response. I’d like to propose a “Sauce For The Goose” law, which says, basically, that lawmakers are specifically not allowed to enjoy any social experience that is above and beyond what they legislate for the electorate. In other words, they are not allowed better medical care than the most uninsured voter in their state. They are not allowed private housing, they are only allowed the basic public housing that the most unfortunate voter in their state is provided. And, now that they want to bring back firing squads, they should get a chance to experience that, as well.

Of course I don’t think it’s proper to put people in front of firing squads. But Mississippi lawmakers do. So, they should give it a try, see how they like it, and report back to us.

My feelings on the topic of capital punishment are complicated, and have changed back and forth through time. My feelings about politicians haven’t changed so much, I remain deeply distrustful of anyone who wants power.

It seems to me that there is an argument that retaliation is necessary in society: when someone does something that is sufficiently far outside the popular consensus (here a moralist might say “something wrong”) they need to be stopped and – if they don’t get the message – stopped permanently. Norway’s response to Anders Brievik seems to me to be the best: warehouse him for the rest of his life, where he can’t do any more harmful things, and may serve as an example to others. It’s the “serve as an example to others” part that society pretends to ignore: basically, it’s making a threat. “If you are too nonconformist, this is what we will do to you.” The question is always what is too nonconformist, and how do you prevent the majority from inflicting their opinion on a minority.

In the case of capital punishment, given that it has all too often been a tool of repression along race/religious lines, I don’t think it should be a tool at the disposal of the state. 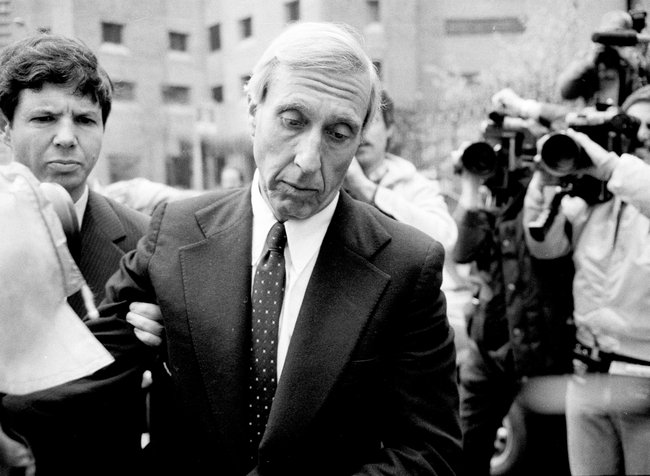 Furthermore, the state’s argument is often inconsistent: “capital punishment is a deterrent.” Well, at the point where someone is convicted and sentenced on a capital charge, clearly they were not deterred. So the logic gets convoluted: “we have to execute this person because if we don’t, then capital punishment loses its deterrent value for others.”  In other words, society wants to execute someone to show that it can execute someone. I don’t think the lawmakers in Mississippi are attempting to justify capital punishment intellectually. They are engaged in sheer bloody-minded threatening behavior: “Look how tough we are. You do not want to mess with us.”  That, by the way, is what I believe is really going on with torture. It’s not about getting information, it’s about trying to scare potential enemies by showing how dangerous you are to mess with. It’s a form of negotiating ploy that’s barbaric to the core – Ghengis Khan used to have a policy that if a city didn’t immediately surrender, everyone in it would be killed. It worked. But I don’t think even the great Khan tried to justify it in terms of political philosophy – it was just how he operated, and complaining about it was also a bad idea. Brute force saves a great deal of discussion.

Underneath it all, that’s what I believe the lawmakers in Mississippi want: rule by brute force.

The US prison system has always struck me as contradictory. Some people want to pretend that you “do your time” and are then rehabilitated into society. Except that society obviously doesn’t accept that you are rehabilitated – you’re permanently moved into an underclass, unless you were a “white collar criminal” who managed to commit your crimes without physically harming someone, and made a great deal of money at it. If you made a great deal of money at it, you can do like Ivan Boesky or Michael Milken (whose campaigns of financial ravishment probably resulted in a few suicides) – Milken and Boesky paid fines amounting to less than half of what they “earned” during their criminal careers. Consequentialists, take note. The US justice system can’t decide whether it’s trying to rehabilitate people, permanently get rid of them, deter others, or just hurt people. Obviously, “rehabilitate” sounds nice and cuddly, but it doesn’t even come close to matching what’s going on. Deterrence sounds “tough on crime” but equally clearly, deterrence doesn’t work – if it did, there would be no crime at this point. I therefore conclude that they’re just bloody-minded authoritarians who want to hurt people. The rest is just window-dressing.

Strangely, I am somewhat sympathetic. When I think of people like the Mississippi lawmakers, I understand the desire to stomp someone into a mess, to scare their kind into behaving. I really do.

Let’s Practice for Some War Crimes » « A “Large Blowtorch”