PZ just posted a piece “Who Knew Fjords Could be So Dangerous?” about the movie “The Wave” (which I also recommend)

I commented about a trip I made to Balestrand in 2008, where I visited one of the hydro stations high up a side of the fjord where my friend lives. This is what the edges of a fjord typically look like: 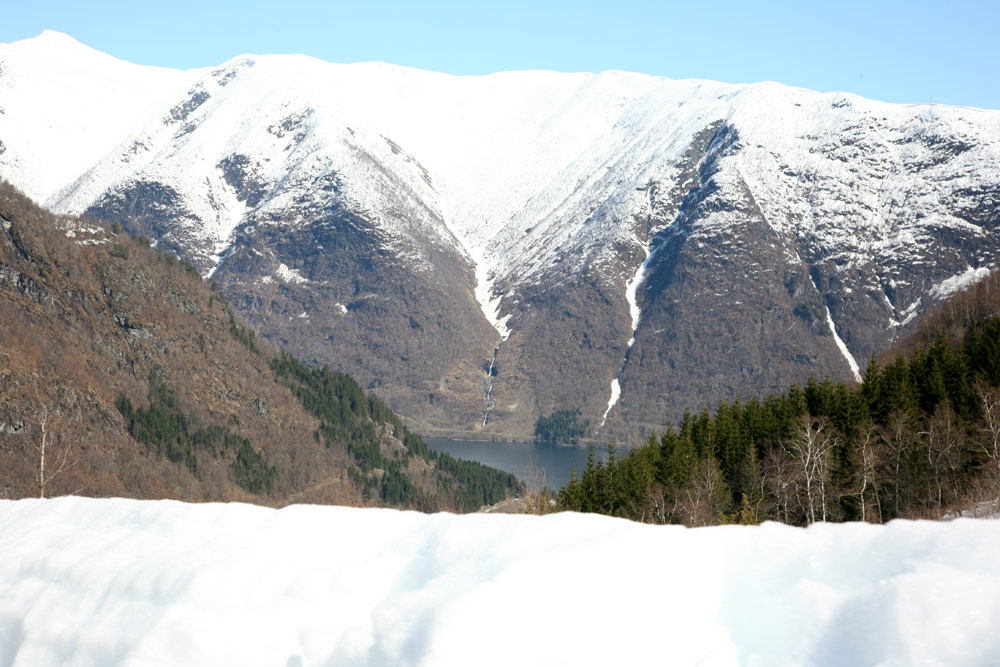 That big cheese-wedge shaped thing is a chunk of the side of the mountain, getting ready to some day slip into the water. And when it does, as my friend Per Olsen says, “it’s very exciting.”

If you look across, you can see the outflow of another hydro station. Up close, it would look like this one: 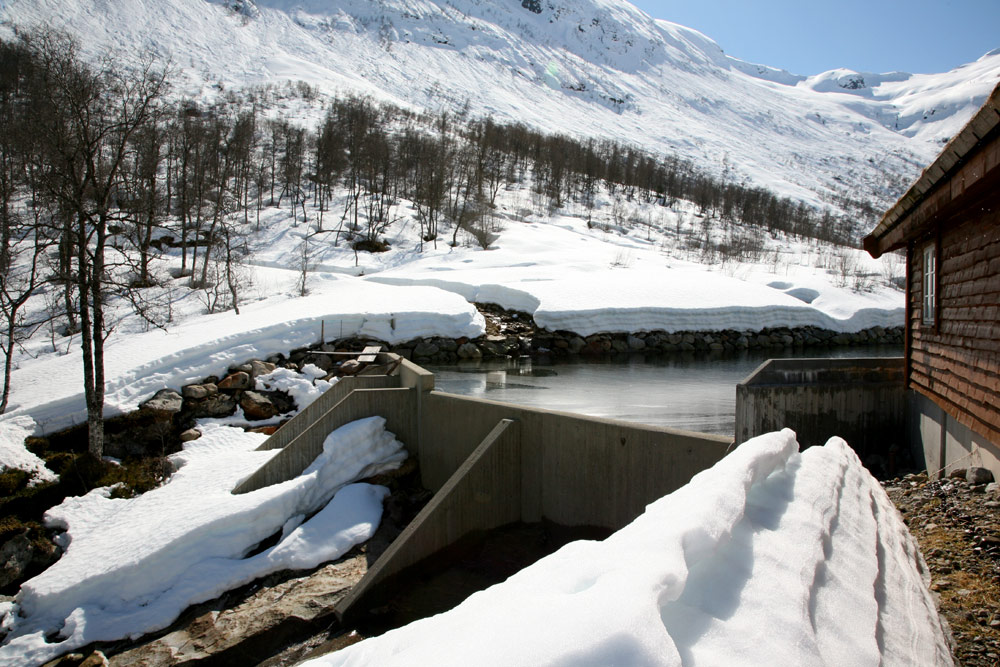 The Norwegians are brilliantly pragmatic about this: they build a catch at the top for the meltwater, then have a buried pipe that falls a hell of a distance into the valley, spins a turbine, and then cascades prettily down the side of the fjord. In the meantime, it generates a lot of electricity for free, which the Norwegians sell to all kinds of people.

Per’s wife smokes her own salmon, makes her own black pumpernickel-like bread, and her own tapenade of some kind of giant onion-like thing that smells like garlic, with a bit of olive oil. We sat on the porch and drank cider and ate salmon sandwiches and watched the water. It’s one of the most beautiful places I’ve ever been. In the picture below, you can see a sort of a jetty and a building halfway to the next ridge on the right: the voices of dogs barking down there carried clearly across the water to where we were sitting. 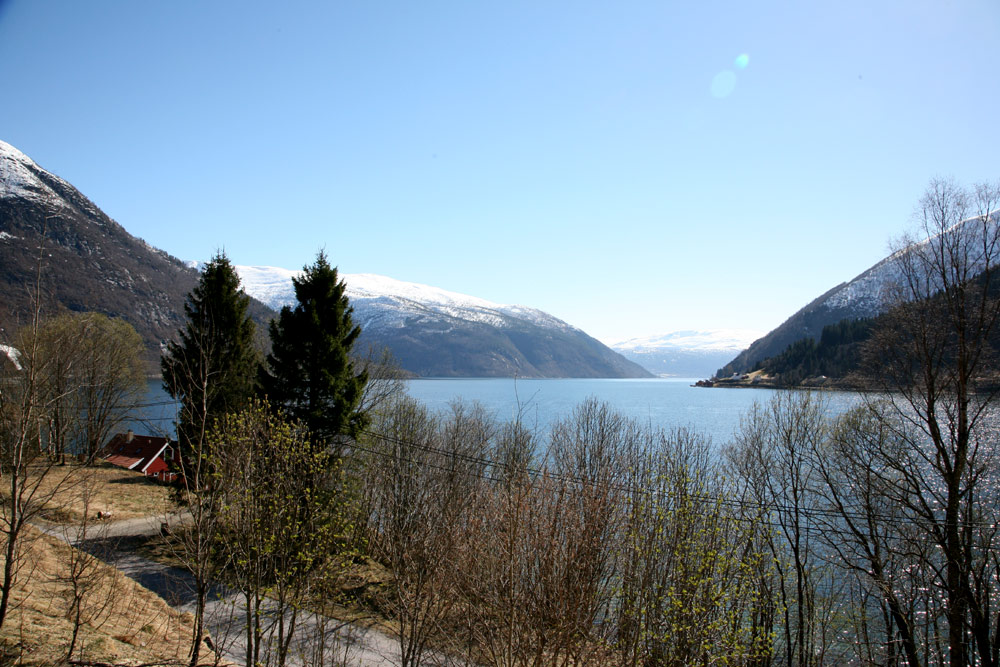 The view from Per’s porch.

Since I’m poking in the Norway folder, here’s a wooden church: 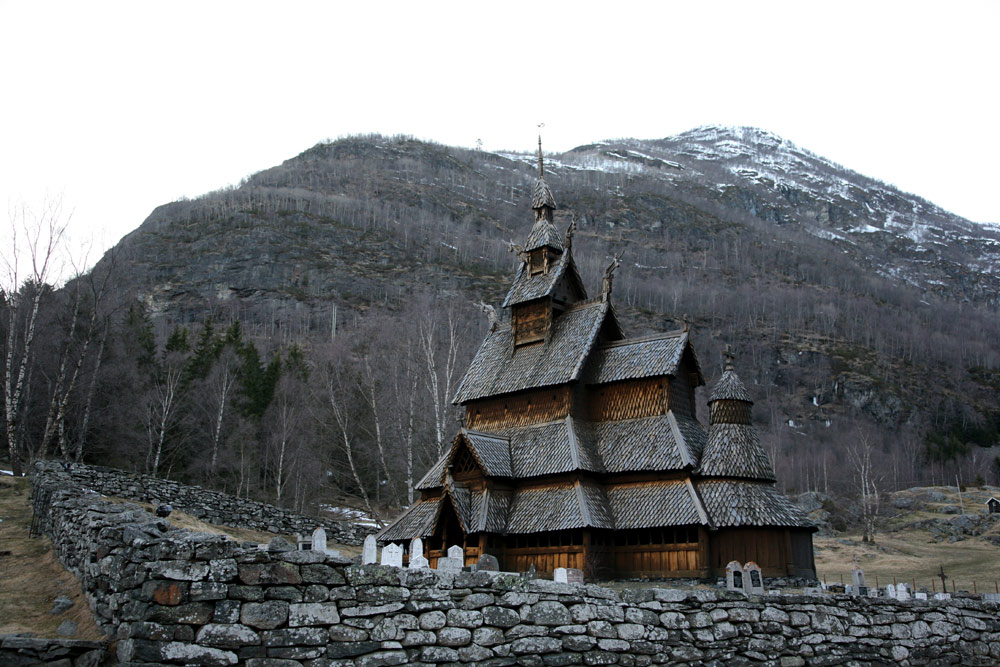 The christians had to crap all over everything, but at least they made it pretty

I love the stone wall around the place. When you build walls like that to keep the snow pressure and frost heave from knocking them down, you know you’re looking at some badass weather. At least the rock supply is pretty good.