The elevator in the hotel this morning, was scientifically designed by a cognitive psychologist gone horribly wrong, to torture people who have hangovers.

I actually wasn’t very hung over, but that thing happened where sometimes your eyes align slightly crossed or parallel and you get a mis-cued depth perception so it looks like the surface is split into more levels than it actually is. With this surface, it was almost physically painful: 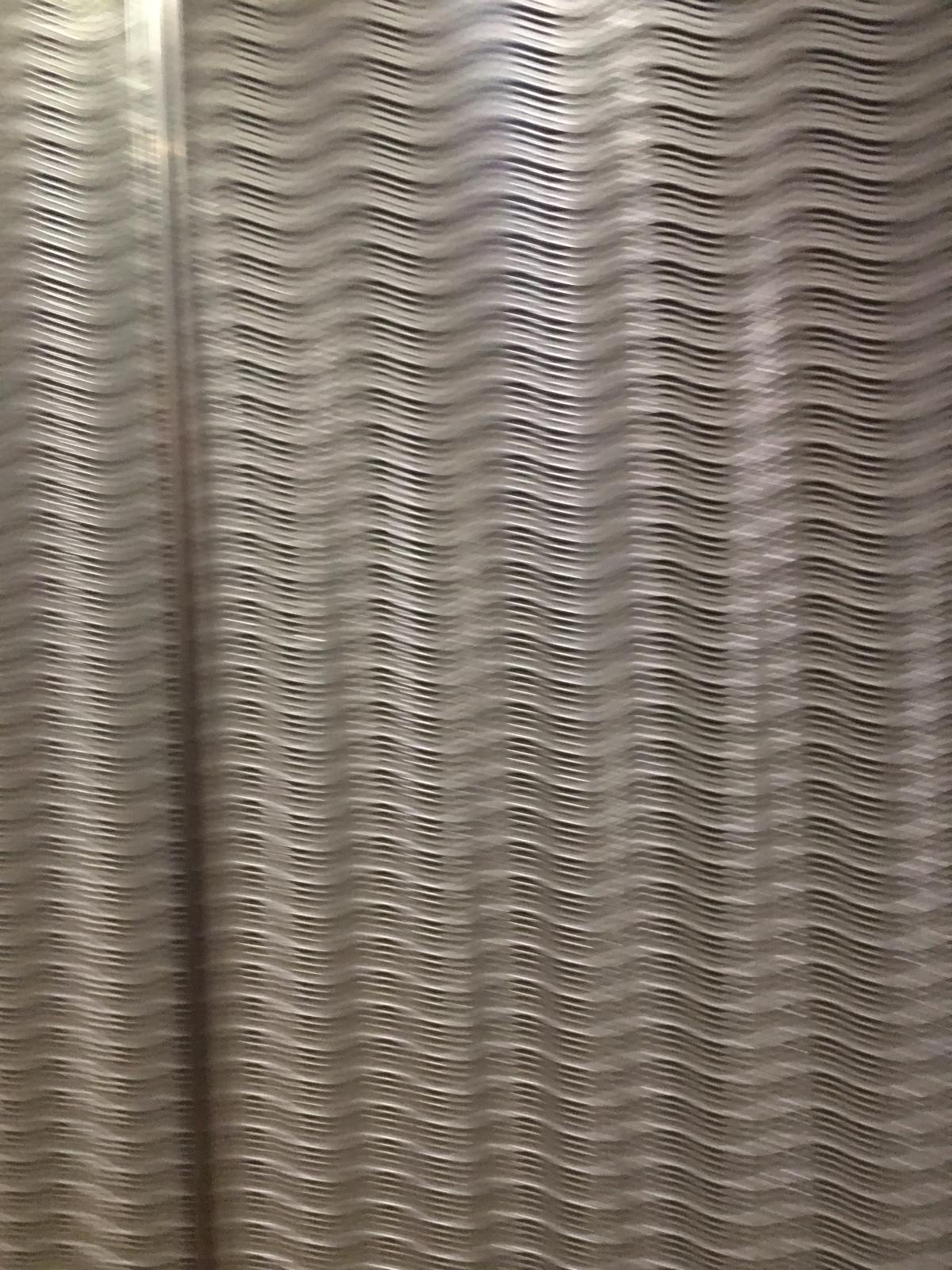 The walls are vibrating at me…..

I jiggled the camera a bit to give the full effect. No, I confess: the shaking was from the hangover.

Fatboy Slim plays with characteristic audio hallucinations from various drugs. Collect them all!