How to look like you’ve been sitting with your head in the sand for a decade: 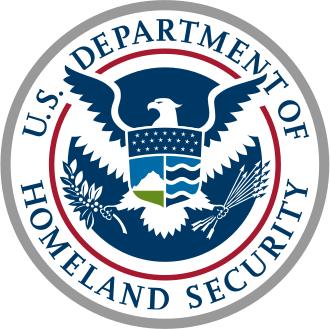 Department of Homeland Security’s reason for existence is to defend the US critical infrastructure, including against cyber-attacks. The agency, with its $40.6 billion-dollar budget, is chartered with (as they say)

In turn, these key concepts drive broad areas of activity that the Quadrennial Homeland Security Review (QHSR) process defines as homeland security missions. These missions are enterprise-wide, and not limited to the Department of Homeland Security. These missions and their associated goals and objectives tell us in detail what it means to prevent, to protect, to respond, and to recover, as well as to build in security, to ensure resilience, and to facilitate customs and exchange.

DHS was founded following 9/11, with an original operating budget of around $32 billion.* So it’s been nominally in charge of protecting the glass house against stone-throwing for 15 years; it employs over 200,000+ people.

And they just now figured out that elections are critical infrastructure? I wonder what could have brought that to their attention… I can’t wait to see what other brilliant discoveries they make by 2029! Maybe they will determine that water is wet and it’s best to buy low, and sell high.

The real strategic blunder here, of course, is that they announced that they were so stupid.

DHS has a long and vibrant history of announcing the obvious, going back to its founding, when first DHS Secretary Tom Ridge announced that the country was at “threat condition orange” because apparently 9/11 was an indicator that we were under attack. In Sun Tzu’s terms, DHS neither knows the enemy, nor knows itself, nor – apparently – knows what a “battlefield” is and what it looks like.

(* Going from memory. I researched it much more closely when I was writing my book on DHS)

The Military/Industrial Complex and Secrecy » « To Illustrate PZ’s Post