Working in tech as long as I have, I tend to take pre-announcements of “great new thing coming soon” as suspicious. But prerelease teasers are a way of telling what research is being done, and/or is ready to come to market eventually. And a lot of research is being targeted at the police state, because that’s where the money is…

This one sounds somewhat plausible, given the proliferation of increasingly inexpensive light sensors, compute power, and laser frequencies. The way they’re spinning it is really unsettling to me:

The Genia Photonics’ Picosecond Programmable Laser scanner is capable of detecting every tiny trace of any substance on your body, from specks of gunpowder to your adrenaline levels to a sugar-sized grain of cannabis to what you had for breakfast.

Sounds to me like a laser spectrometer that’s able to read and match parts of the spectrum at high speeds.

The Russians are also making laser scanners, also with the idea of being able to detect certain compounds at a very long range (50 meters!) Watching the video of the Russian machine, you can hear some kind of rotating mirror being spun up to speed, it must be shooting very low-power tuned beams all over the place. 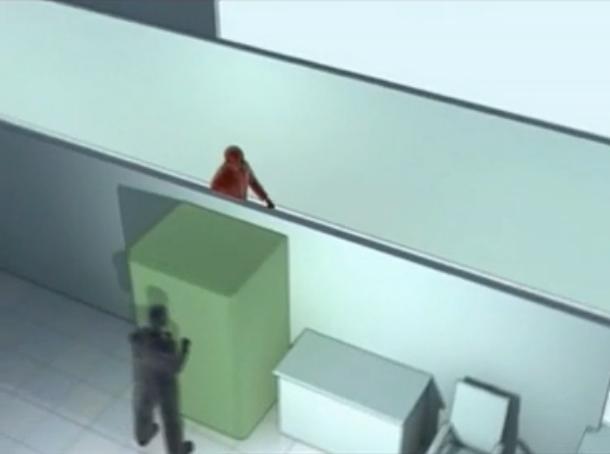 Typical of the surviellance state: someone going about their life is being watched from a secret room, using technology that monitors everything it can about them. But you’ll notice nobody is watching the watchman.

When they first started using the gas spectrometry explosive detectors, I missed a flight from San Francisco home because my boots had fertilizer on them (Scott’s “weed and feed” has a lot of nitrates in it, it turns out!)  and I thought that the number of false positives was going to kill the technology. I suspect that these laser scanner systems will be even worse, if they are that precise. One could do a fairly effective area denial of service attack simply by going to an airport with some ultra finely-ground ammonium nitrate and tracking it around, getting your hands on escalator handrails, etc. (Something I thought of years ago, back when the bomb detectors first appeared)

It’s frustrating that the immediate response is to orient this sort of technology toward surveillance and the police state, when there are many better uses it could be put to. If it works as advertised, it’s a Star Trek style tricorder: you could point it at someone and tell them if their blood sugar is off. You could perform an Ames Test for carcinogenic compounds, and notify people who were being exposed to them. Or you could do an occult blood test on fecal samples to detect certain possible markers for some cancers. It sounds to me – from the claims – that you could probably tune the thing to detect someone expressing a virus. Maybe. I’m sure that’s a future application. If there was a specific metabolite that resulted from some kind of virus or cancer, couldn’t it be detected? (Imagine the TSA security guy taking a passenger aside and saying, “sir, I don’t know if you’re aware but that mole on your cheek is turning into a melanoma”)

Other fun possible applications: you could tell who was drunk, or high, and on what. Thus you could identify cops and politicians, airplane pilots and truck drivers who were abusing substances. Like with the license plate scanners, it would detect famous people who were abusing drugs, as effectively as it would detect poor brown people. Of course, such technology would never be employed in that way. Mass surveillance in principle could be a great social leveller, and we can’t have anything like that.

The laser is not visible to the eye. So the police state will define that as not a “search” because you need to something something be visible something something mumble. And they’re already (correctly) pointing out that it doesn’t emit as much radiation as backscatter scanners. 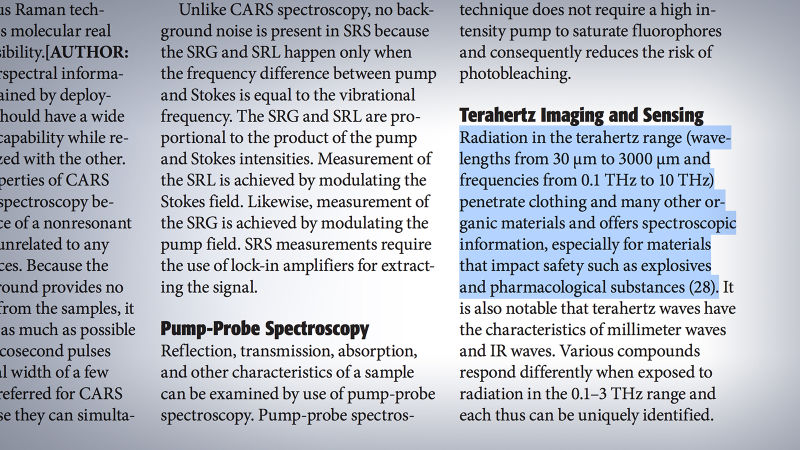 Oh, and course it will let cops look at pretty girls through their clothes. You can’t change cops, it’s just something about the mindset of authoritarians that they love to strip search people.

Gizmodo: Hidden Government Scanners Will Instantly Know Everything About You From 164 Feet Away

Hunting Season » « Monday Meslier: 159 – Refutation of the Argument That the Evils Attributed to Religion Are But the Sad Effects of the Passions of Men