I recently posted a bit about voice editing and voice fakery – my immediate reaction was “uh oh” but I’ve got some personal perspective on the topic. I’ve been a photographer since about 1992 (when I started getting serious about it) and a photoshop user since version 1. Fakery? It’s all fake. 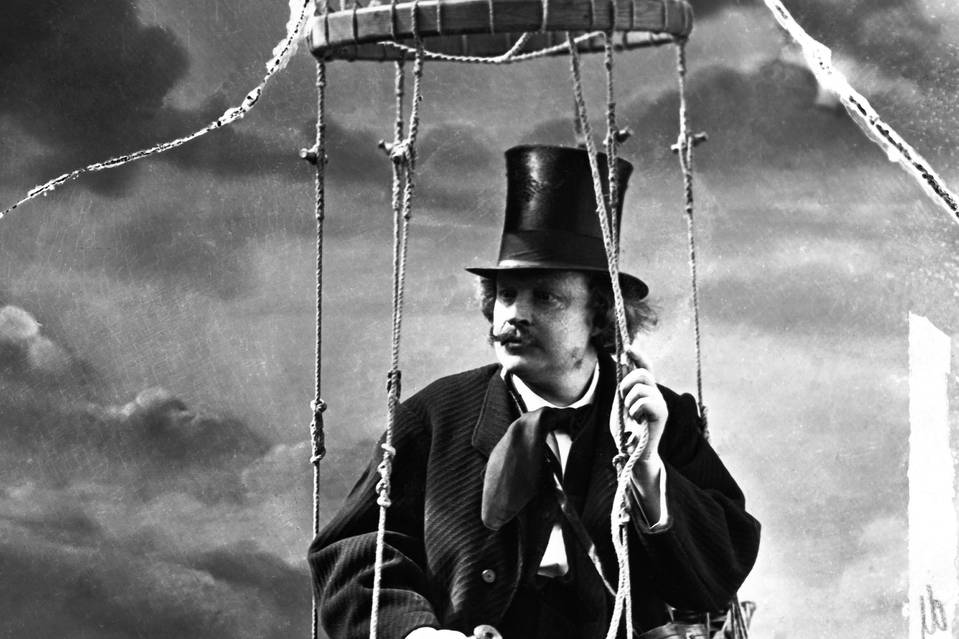 What’s interesting is social reactions to fakery. When photography was first introduced, its hallmark was realism. If, by “realism” you mean people in awkward poses due to long exposures, flattened out into two dimensions and rendered in black and white. Some of the earliest innovations in photography were fakery: Nadar’s self-portraits in a balloon were not, in truth, taken in a balloon.

Viewers of photography went through a phase between 1900 and 1995 (let’s say) in which the photographic image was treated as though it recorded some underlying reality. I suppose that this came about because painting was obviously not real, but photography appeared to be real, and the early era of photography was all about representing events as they happened. War photography did a great deal to cement the representation of reality – it was the first time that the horror of war was captured in detail, and it looked a real as the audience expected it to. Therefore, it was capturing reality.

Then we had a period in which photographs were treated as records of truth. Even though we knew, in some part of our minds, that the photos are artifacts that are heavily manipulated. Popular landscape photographer Ansel Adams became famous and popular for representing nature with a grandeur (and contrast range) that it never had; he was just as much of a propagandist as the soviet-era photographers who created mythical soviet reality – reality as it should have been. 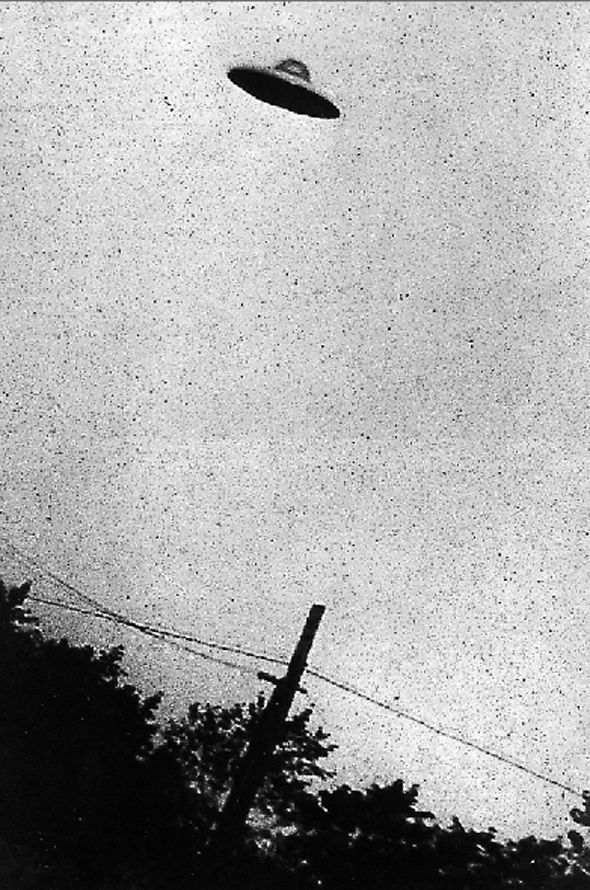 When photomanipulations came along, photo fakery became a brief phenomenon among the consumer community who were primed to see photographs as real, but had not yet internalized that they weren’t. They were real – real photographs – but what they showed – was a lie.

From the 1950s till the 1970s we had photos of bigfoot, photos of the loch ness monster, photos of UFOs.

Nowadays if you tried to pass off the picture of the flying hubcap as a UFO, people would mock your photoshop skills. With the advent of photorealistic computer renderings, the idea of photographic reliability and reality slowly went out the window.

The photo of a spaceship from Elite Dangerous, parked at an airport gate turns the idea of “UFO photo” on its head: it’s where you’d expect it to be, it fits in. The old UFO pictures were particularly fake because the UFOs were out of context. Now, we are used to seeing UFOs all the time, in Star Wars, Babylon 5, Star Trek: I find it rather odd that people believed flying hubcaps were UFOs, or bad pictures of people in gorilla suits were bigfoot, when 3D rendered King Kong and Gollum were obviously right around the corner. At the time when the hubcap photos were being treated as pictures of UFOs, there was a Buck Rogers movie serial that had much better special effects. 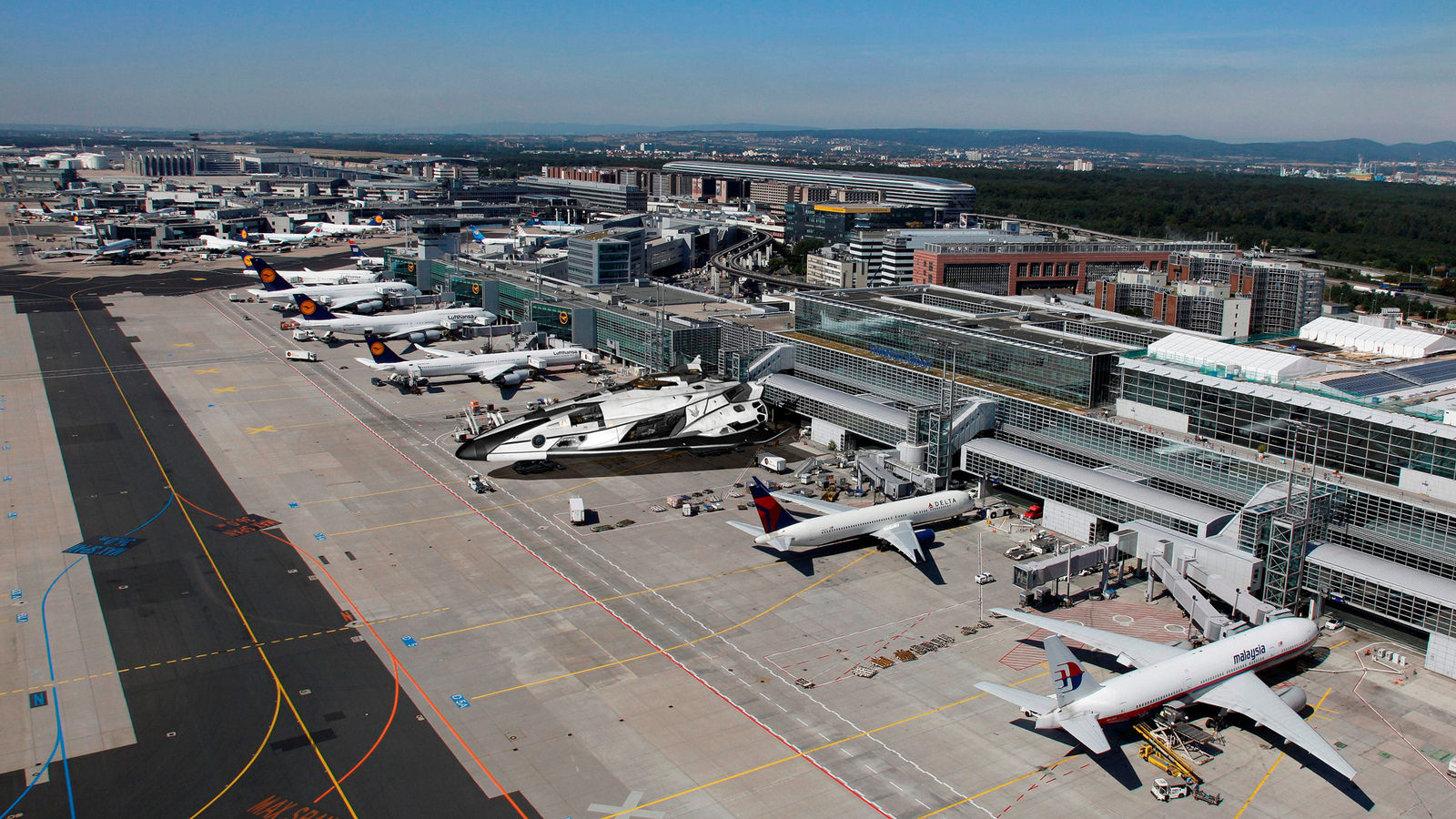 We’ve developed out-of-band ways of identifying photo fakes – we check sites like snopes, or we have learned on our own, how to identify them (notice that the shadow depth of CMDR Cool’s composite is not quite the same as the aircraft next to it?) There are techniques a’plenty in photography, dating back to the 1940s – Dino Brugioni’s book on Photo Fakery was a favorite of mine; there are techniques like negative grain analysis – looking for subtle changes in the underlying grain structure of a print – they no longer matter. But the same techniques work on JPEG compression – a composite looks very different from a rendering.

Mostly, what will happen is that people will learn not to immediately trust voices. For certain transactions, I’ve already been using a few techniques for years. If I get an SMS text message from someone that claims to know me, I apologize and ask them, “Since you’re Gary, I suspect you’ll remember the last city we had sushi in together…. Which was?”

I think we’re past the point where society believes “photographs” and we’re well into the stage where people learn not to believe e-mails. The most recent US presidential campaign will go a long way toward teaching society not to believe politicians, or Facebook click-bait news. We should have never believed in them, anyway.

Sometimes, people lie so hard, it breathes new value into the truth.

While I was looking up the references on Dino Brugioni (I thought I’d include some pictures from his book) I stumbled across what appears to be a site of people who’ve looked at photo fakery and concluded that, since there were faked photos, the holocaust didn’t happen. It’s a sad example of motivated reasoning. I don’t think I’ll link to it. It’s one thing to deny the evidential value of a photo, but it’s something else entirely to deny the weight of a lot of history and corroborating stories from witnesses.

Jerry Uelsmann‘s photography depends heavily on composites drawn painstakingly from manipulated negatives. Back when photoshop and digital photography began to eat into the scene Uelsmann had a problem: it was now fairly easy to do what he had been doing. His creative “edge” was the difficulty of producing masked composite negatives and when that went away, so did his schtick. I still love his work but it’s sad when I see an Uelsmann and there’s a comment: “this was not done in photoshop.”   Oh, so we should be impressed that you used the wrong tool? I could make the Eiffel Tower out of pasta but, so what?

Dino Brugioni – Photo Fakery – A History of Deception and Manipulation

Monday Meslier: 159 – Refutation of the Argument That the Evils Attributed to Religion Are But the Sad Effects of the Passions of Men » « Gear is No Substitute For Competence