Dickey Chapelle died when I was a kid and the news of her death was how “war photographer” entered my mental landscape. When I was a kid and started getting interested in military history, I was mostly inclined toward the Napoleonic Wars because of the gorgeous uniforms and the amazing paintings by Meissonier and David (I spent a lot of time at the Musee Des Invalides…) 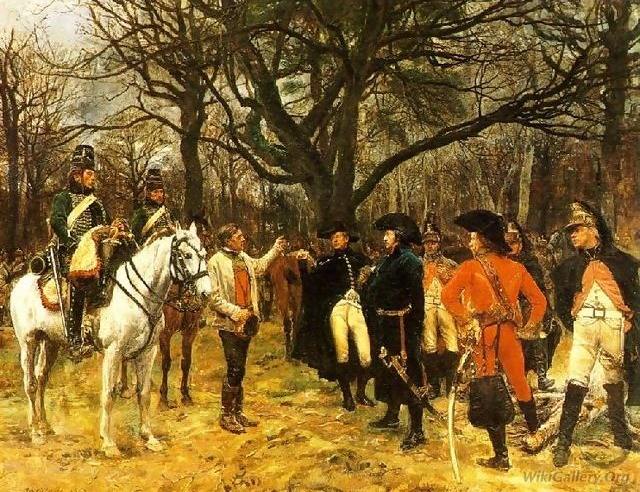 Photography was crucial to adjusting popular attitudes toward war. Prior to WWI, artistic representations of warfare were largely in the service of the state – glorifying the kings and their paladins. It was part of the whole nationalist/monarchist program of reinforcing the idea that the leaders were beautiful beings, touched by the gods, glorious, special. The difference between the paintings of the Napoleonic Wars and the photographs of the dead at Gettysburg and the mud in Flanders was profound and shocking.*

Dickey Chapelle was a combat photographer – one of the rare people whose reaction to battle is to run toward it with a camera in their hand. Of course it was shocking that a woman would run to the sound of the guns, and it was shocking to many that she was damn good at what she did. Her photography was at the critical juncture in the technology where it was portable and easy enough (no hauling around dripping tanks of silver nitrate and glass plates) to use that the technique didn’t overpower the art. When cameras with great optics and roll film became affordable, the cloak of glory thrown over warfare was ready to be yanked away. 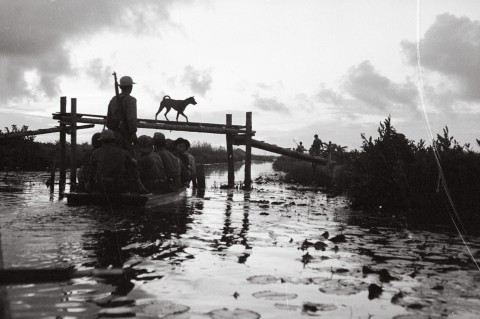 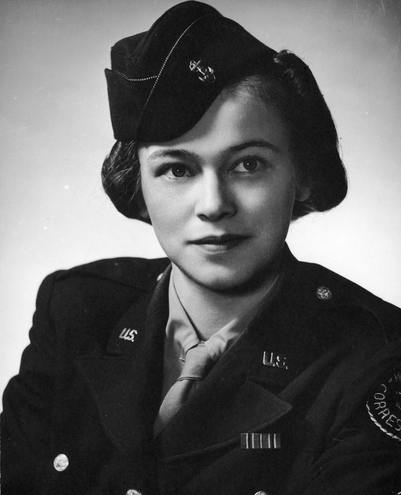 Her photos include some great works of art; I’d say she was better than Robert Capa in terms of her focus and composition. In her hands the camera lingered over horror but kept its focus on the overall experience of the people in the picture, not specific injuries or pain or a dying boy’s humiliating fear. I’m not saying that in the tone of “she did a good job … (wait for it) … for a woman” she was really good. And she did what she wanted.

“High energy” is an understatement; Chapelle enrolled at MIT at 16, in 1935, fell in love with aviation and photography while taking pictures of and flying airplanes. She dropped out to become a reporter and photographer, and spent the remaining 30 years of her life in places where most people probably ought to avoid, sending back images explaining without words exactly why those places should be avoided. It seems a common thread among war photographers that they are anti-war; so was Chapelle. 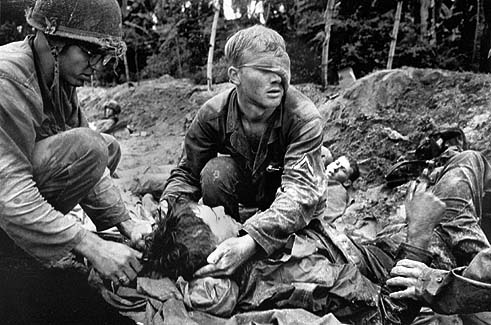 The wounded tending the wounded

Chapelle went ashore on Iwo Jima, which definitely qualifies as a place that should be avoided. She photographed the Hungarian uprising and wound up in prison for weeks. She chronicled Castro’s revolution in Cuba, which probably has something to do with why she’s not as well known as some of the other photojournalists who were more propagandistic. She went to vietnam. She didn’t come back. 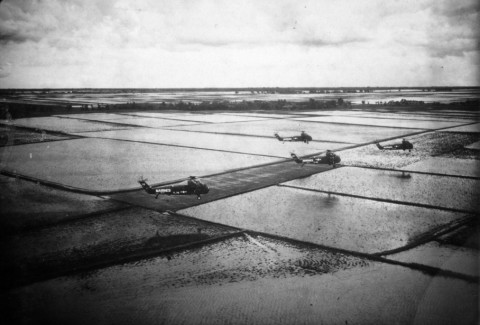 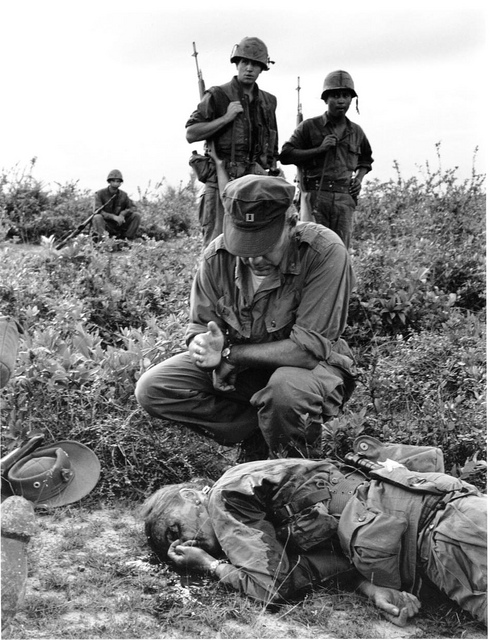 Chapelle’s photography was unapologetic, unglamorous, and it was an important part of the de-mystification of warfare that was one of the factors that led to the massive anti-war protests of the 1970s.

The demystifiers are the antidote to propaganda. So while I probably will have nightmares now that I’ve thought about that photograph of Dickie again, I think she’d probably approve because that is, really, the point of the whole exercise.

Not a job for a woman: “Dickey Chapelle”

LA Times: “The women who fought to be war photographers.”  Of course Chapelle was not the only woman.

(* The painting by Meissonier, of General Desaix commanding the 12th Chasseurs a Cheval is idealized, but as a kid I thought it represented some kind of reality. Now I know, for example, that there is no such thing as a horse that clean. Unless they had just unwrapped it from its plastic, that horse would be covered in mud, and General Desaix’ gorgeous uniform was probably mud and blood and he probably smelled like a goat.)

I also recommend the documentary about James Nachtwey (“War Photographer“) Nachtwey’s work is very good, though I find the narration to be very disturbing. I can’t tell if it’s just how Nachtwey is, or if his voice is the voice of unbelievably deep post-traumatic stress disorder, or if it’s a pretension. I don’t really want to know. When I interviewed Sazz about his experiences in Vietnam, he sounded the same way – utterly drained of emotion, just trying to stay alive and keep breathing.