Celeste’s pizza inspired me to get some prosciutto and stuff at the store, the night before I headed for the airport. 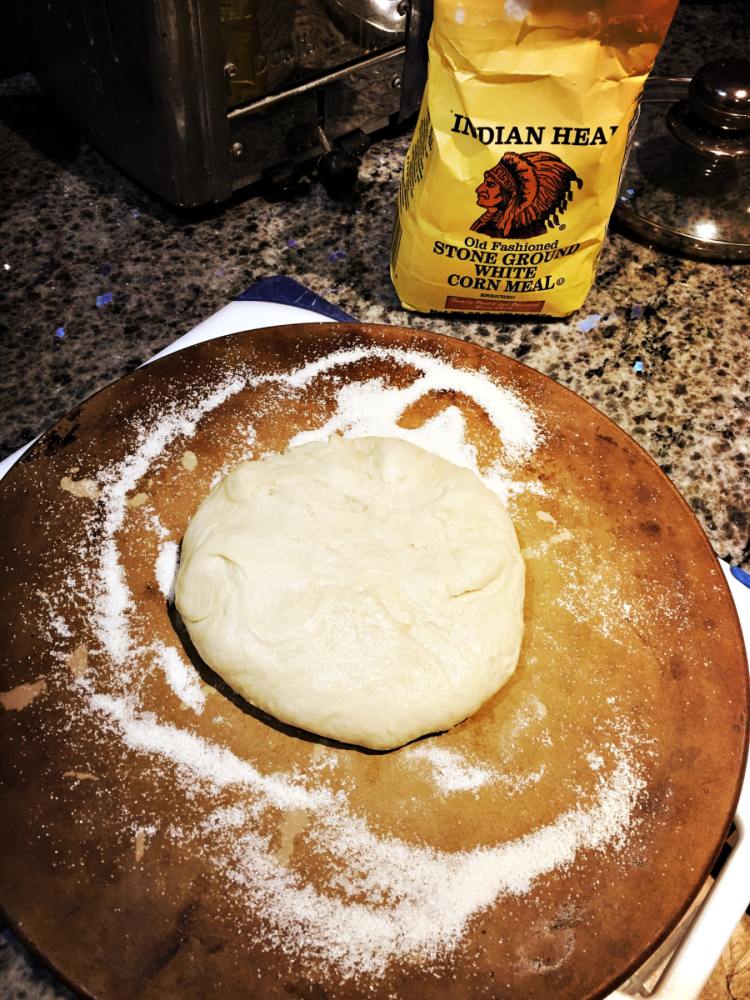 I often use a pizza stone as a sort of tray; it works pretty well. I don’t bother with the whole process of preheating the stone and all that.

I dust the stone with a half-handful of rough ground corn-meal. As I was making this, I noticed the brand name of the corn-meal; I won’t be buying that any more. You can get coarse semolina flour on amazon, and it’s actually quite a bit better than cornmeal anyway. 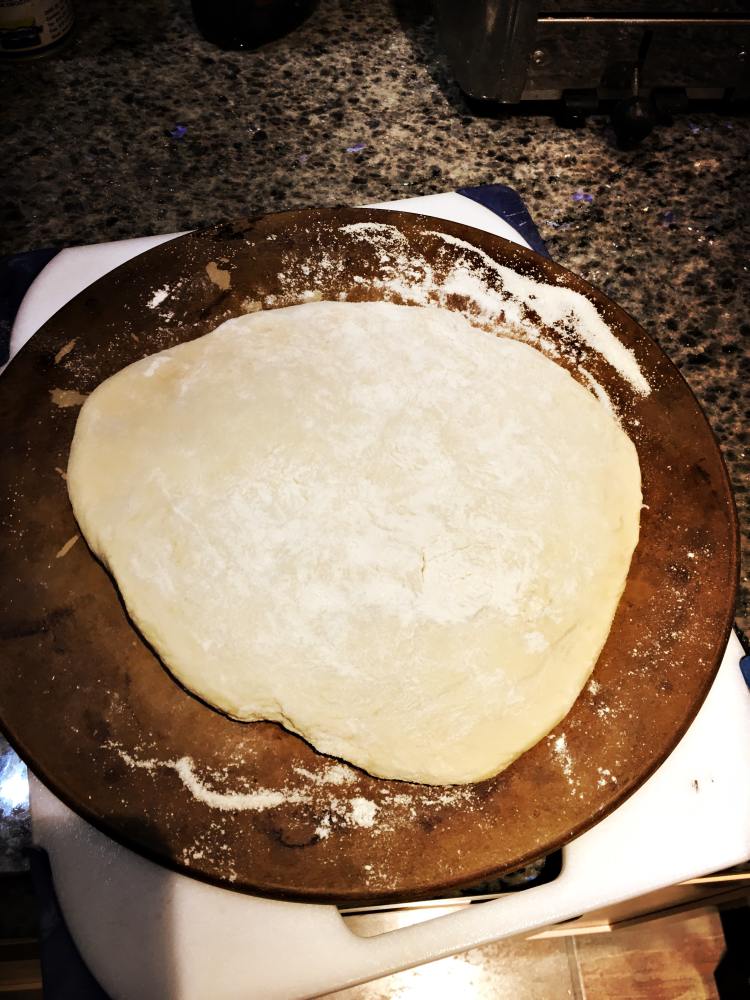 I haven’t learned how to stretch/throw the dough, yet. I’ve only been making pizza for about 40 years or so – give me time! What I do is stretch it with my fingertips then roll it with a wine bottle. Once that’s done, I usually open the bottle to see what’s inside. Usually, it’s wine! OMG! 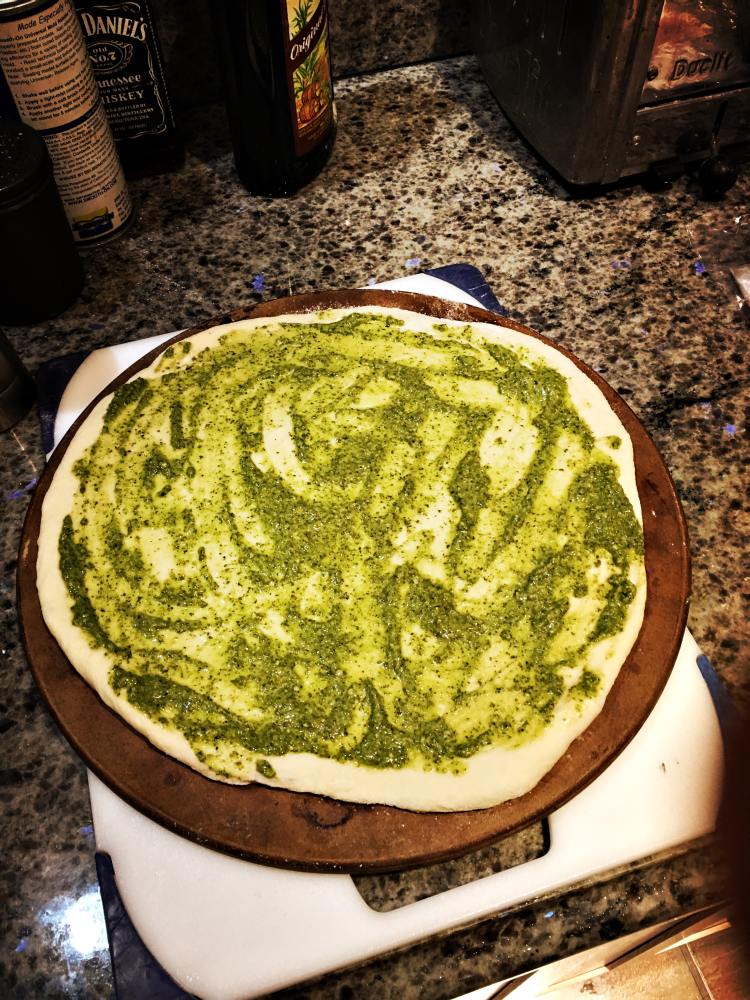 Contrary to what some of you appear to believe, one can make pizza without a base of red/marinara sauce. This is basil pesto! Since it has plenty of olive oil in it already, I just fingerpaint it right onto the dough. 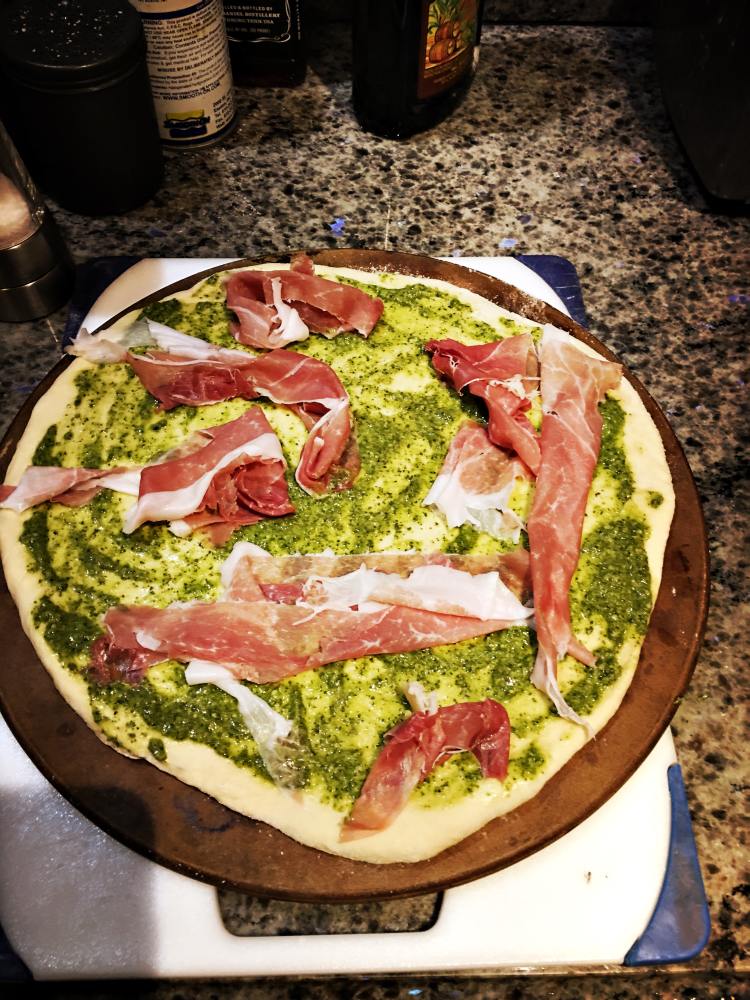 I do eat animals occasionally (not very often) – this is some San Daniele prosciutto. When you’re putting prosciutto on pizza part of the game is to leave little bits sticking out past the cheese, so they melt and get crispy. 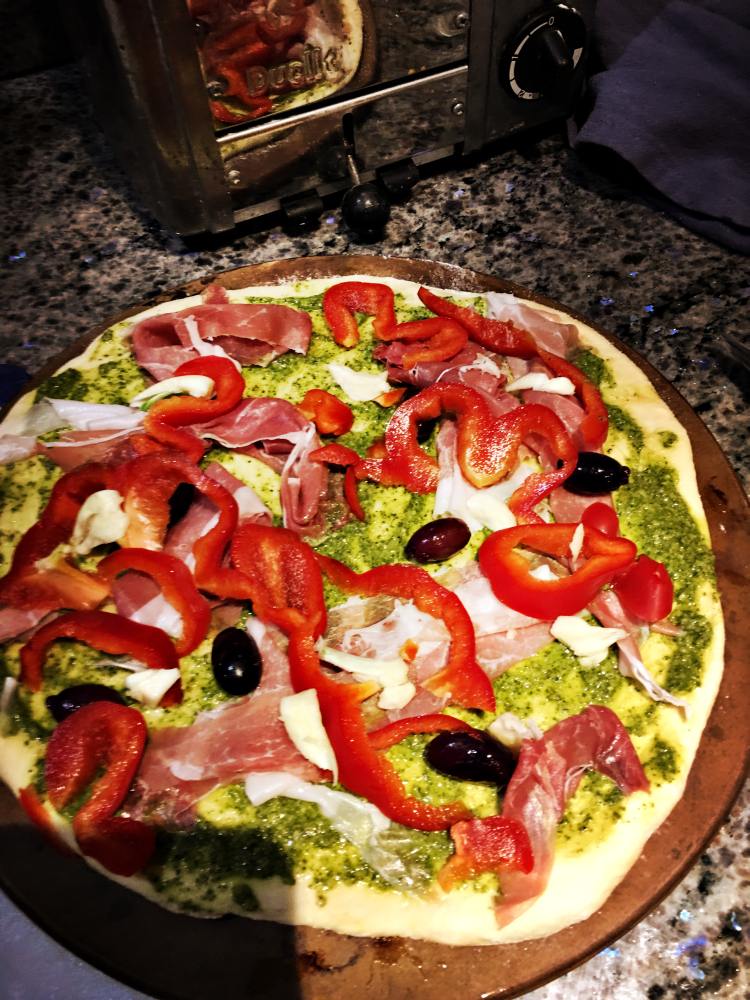 The chunks of white stuff: shredded garlic! I take a clove, bash it with the butt end of a knife and pull the paper off, then rip it up and drop it strategically around the top.

As I put the ingredients on a pizza, I use a Super Secret Squirrel technique: I imagine I am already eating it. I look at each region and ask myself whether that bite looks interesting. So I carefully push stuff around so there will be textures and different flavors as it bakes. 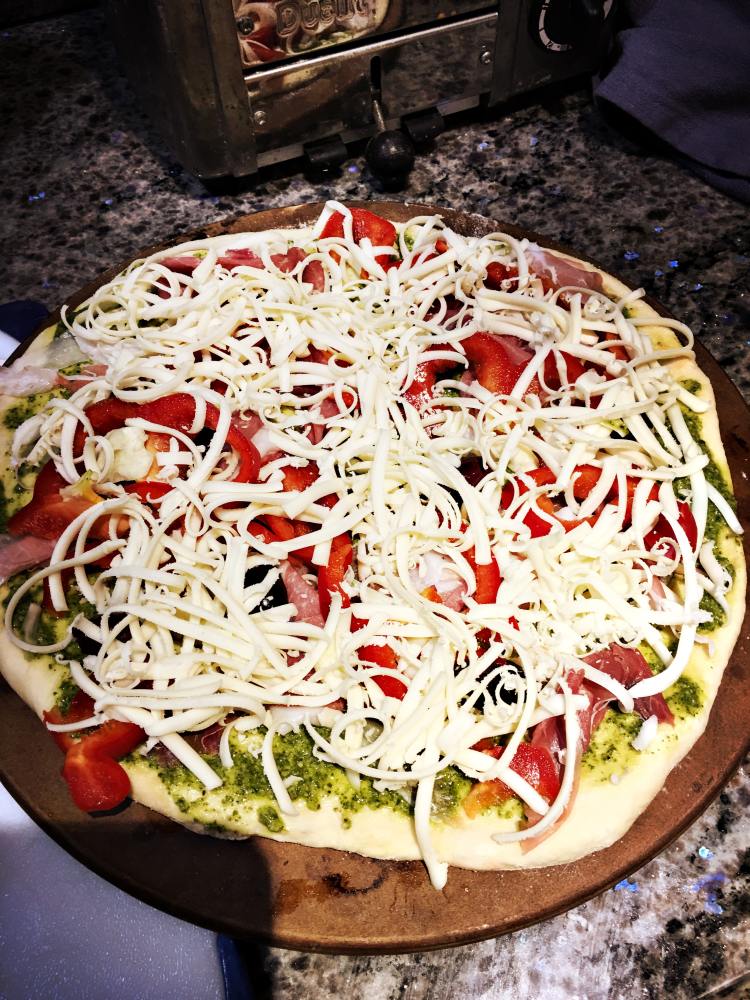 Normally I use a bit of shredded romano along with the mozarella. This is the gooey plasticy kind of mozarella American grocery stores specialize in. With apologies to cheese purists, I like this stuff. It melts pretty nicely and it’s not full of water like real mozarella (I chose my words carefully there: by saying “real mozarella” as distinct from this stuff, I acknowledge that it’s pretty close to Cheese Food Product(tm)) 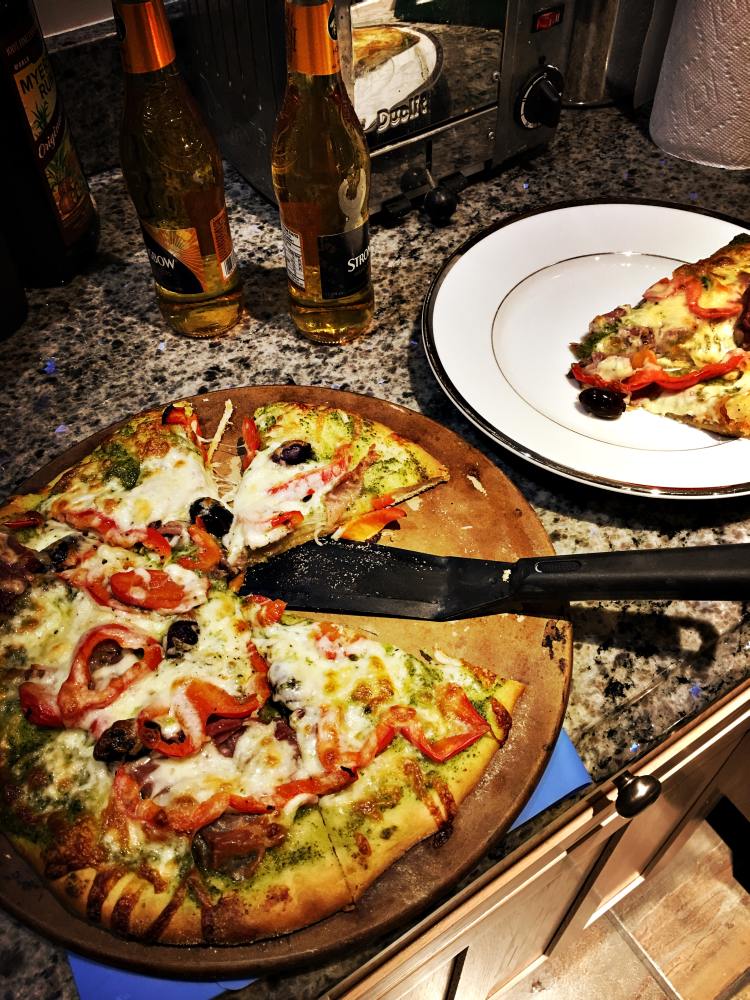 When I start to smell it cooking, I open the oven, rotate the pizza stone, and check its progress. I like my pizza a bit brown. I’m a huge fan of wood-fired oven pizza but I have a partially finished pizza oven that I never finished because I was afraid I would die of over-indulgence.

Pictured with the two bottles of strongbow it took to choke half of this down.

The Hardcore of Yore – Dickey Chapelle » « I Hate Media Whitewash