The United States birth-rate may, on its face, appear high enough; but its face does not show that this height is due largely to the fecundity of immigrant women. Statistics to prove this are given in Chapter XIII, but may be supplemented here by some figures from Pittsburgh. 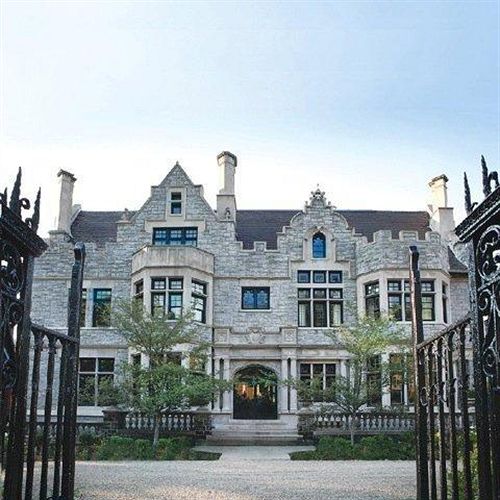 5th St Pittsburgh, residence of one of Carnegie’s Lawyers (Now a nice bed and breakfast)

Ward 7, in that city, contains the homes of many well-to-do, and contains more representatives of the old American stock than any other ward in the city, having 56.4% of residents who are native born of native parents while the majority of the residents in nearly all the other wards in the city are either themselves foreign-born, or the offspring of foreign-born parents.

Ward 7 has the lowest birth-rate and the lowest rate of net increase of any ward in the city. 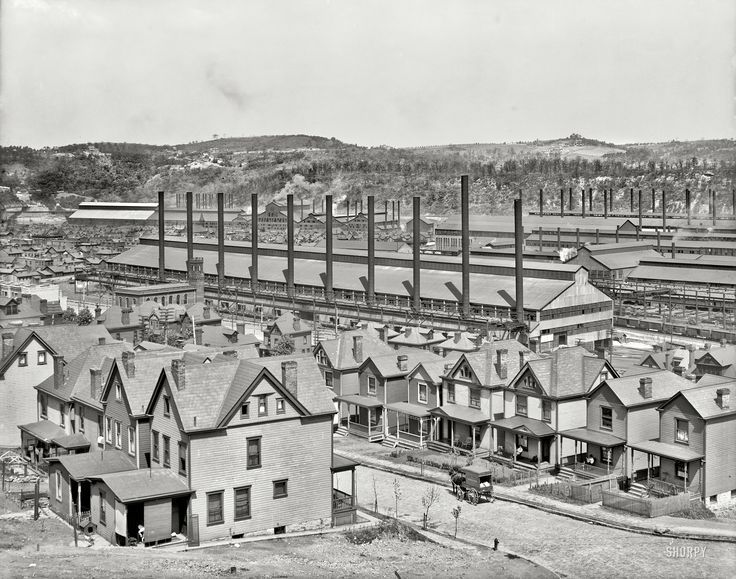 Ward 6 immigrant homes. Not as cozy.

With this may be contrasted the sixth ward, which runs along the south bank of the Allegheny river. It is one of the great factory districts of the city, but also contains a large number of homes. Nearly 3,000 of its 14,817 males of voting age are illiterate. Its death-rate is the highest in the city. Almost nine-tenths of its residents are either foreigners or the children of foreigners. Its birth-rate is three times that of the seventh ward.

Taking into account all the wards of the city, it is found that the birth-rate rises as one considers the wards that are marked by a large foreign population, illiteracy, poverty, and a high death-rate. On the other hand, the birth-rate falls as one passes to the wards that have most native-born residents, most education, most prosperity – and, to some extent, education and prosperity denote efficiency and eugenic value. For 27 wards tere is a high negative correlation (-.673) between birth-rate and percentage of native-born of native parents in the population. The correlation between illiteracy and net increase is +.731.

The net increase of Pittsburgh’s population, therefore, is greatest where the percentage of foreign-born and of illiterates is greater.

The significance of such figures in natural selection must be evident. Pittsburgh, like probably all large cities in civilized countries, breeds from the bottom. The lower a class is in the scale of intelligence, the greater is its reproductive contribution. Recalling that intelligence is inherited, that like begets like in this respect, one can hardly feel encouraged over the quality of the population of Pittsburgh, a few generations hence.

Of course these illiterate foreign laborers are, from a eugenic point of view, not wholly bad. The picture should not be painted any blacker than the original. Some of these ignorant stocks, in another generation and with decent surroundings, will furnish excellent citizens.

But taken as a whole, it can hardly be supposed that the fecund stocks of Pittsburgh, with their illiteracy, squalor and tuberculosis, their high death-rates, their economic straits, are as good eugenic material as the families that are dying out in the more substantial residence section which their fathers created in the eastern part of the city.

And it can hardly be supposed that the city, and the nation, of the future, would not benefit by a change in the distribution of births, whereby more would come from the seventh ward and its like and fewer from the sixth and its like.

Evidently, there is no difficulty about sitting this form of natural selection at work, and at work in such a way as greatly to change the character of one section of the species

Things that are wrong, approximately in order:

I think that’s enough. I bought “Applied Eugenics” because I was curious how good an argument it made; after all, it appears to have had considerable impact in its day. Reading it now, I realize that it had its impact mostly with the class of ignorant pseudo-intellectuals that sing the praises of wealth and power. Humanity will never be rid of such toadies because they are made, not born.

In my experience, this excerpt matches fairly typical mistakes of racists and misogynists even today. I.e.: they haven’t managed to learn very much – they look at situations which are probably influenced mainly by economics and politics, and assert wild conclusions based on the wrong correlation. The poor are poor because they are ignorant, not because they are unfortunate; this is a necessary conceit because otherwise we must tell the rich they were largely just born lucky and are hardly “self-made” at all.

It’s depressing reading this stuff because it appears to be constructed entirely out of mistake; it’s an attempt to be intellectual and sciency but it’s got cause and effect more or less completely backwards and wallows in incorrect assumptions. 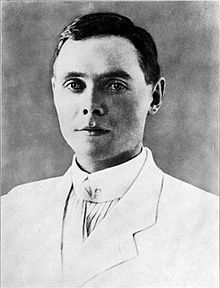 Wikipedia says: “Motivated reasoning is an emotion-biased decision-making phenomenon studied in cognitive science and social psychology.” In this case, the emotion being fawning class-consciousness, worship of wealth. I see from the wikipedia entry on the author, Paul Popenoe, that he was also interested in marriage counselling. I wonder if any of his writings on that topic are still to be found; I am willing to bet that they are as enlightening as his views on eugenics have turned out to be. Popenoe illustrates how “A little ignorance is a dangerous thing.”

Addendum: I just scored a copy of Popenoe’s 1938 classic “Preparing for Marriage” published under the American Institute for Family Relations. Look forward to a fragment review, coming to a blogue near you this winter.