The epicureans had no religion at all, advised keeping one’s distance from public affairs, study and cooperation. 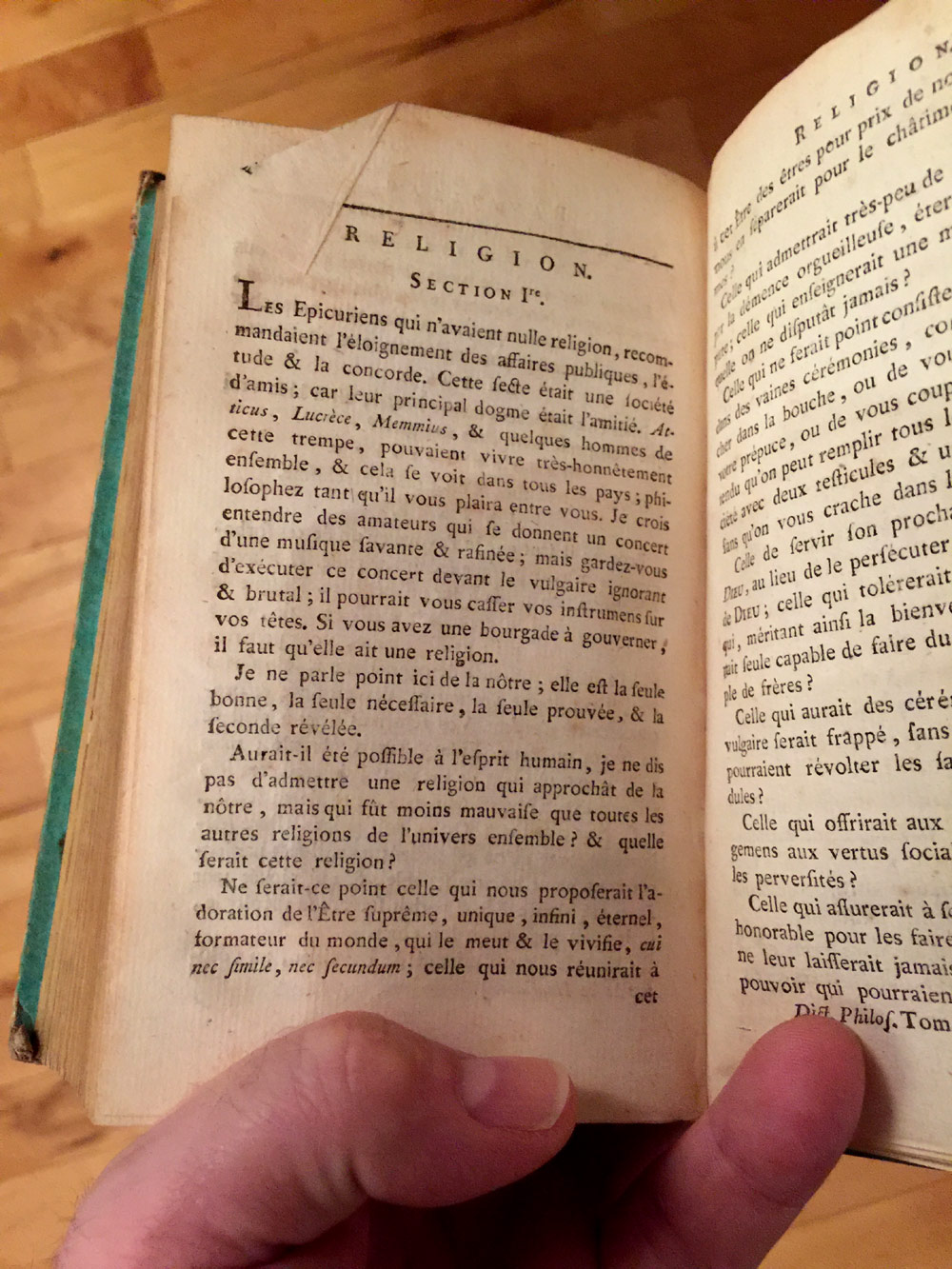 That sect was a society of friends; their central dogma was friendship. Atticus, Lucretius, Memmius and other men of that spirit were able to live honestly together and that can be observed in all countries; philosophers can live together in the pleasure of like company. I imagine lovers of music could give a performance of a sublime and refined sort; but beware trying such a concert for the vulgar, ignorant, and brutal; they might break your instruments or your skulls.

Voltaire was an aristocrat of the ancien regime; he was sophisticated, witty, and articulate. Occasionally his contempt for the ordinary seeps through. If we can’t forgive him that, at least we should be able to understand a bit of snobbery coming from him – after all, he was Voltaire.

When Voltaire was in exile in England, he met and fell in love with the Quakers. His letters about the English, which got him in considerable trouble when he finally returned to France, said many nice things about The Friends (who he is clearly referencing in his comment about Epicurus). In return, the Quakers remained one of the few groups of humans that did not disillusion him.