Tekken 7 is already out in Japan, and with this game’s release includes swimsuit costumes for all of the fighters, men, women, and beast alike. As expected from a Tekken game, the costumes are over-the-top all around, regardless of gender or…animal. The game will release in the West in 2017, and a Tekken fan reached out to the series’ producer, Katsuhiro Harada, via Twitter and point blank asked if the US release would indeed have these swimsuits. Harada responded with, “Ask your country’s SJWs. HAHAHAHAHA.”

Now, that’s marketing genius. The swimsuits are a DLC pack for the game: you have to pay extra for the jiggly pixels. Blame the SJWs. Make it a brave, heroic, thing to stand up to all the mean SJWs by buying the jigglepixel expansion for $20. 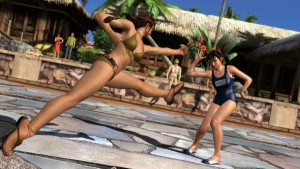 – Warner Brothers was not happy, nor should they have been. It was 8 years until Hollywood was willing to give director Dominic Sena another chance and he produced: Whiteout – the 8th worst movie of 2009 with a 7% approval score. It’s hard to know how much Berry’s breasts brought in the boxoffice but she still has a career and Sena doesn’t. Is there a moral to that story? My suspicion is that its: “don’t make really shitty movies.”

Maybe another moral to the story is: “don’t make really shitty video games” – admittedly the screenshot above is from Tekken 2, but – ugh – look at the ankle closest to the camera, and the leg pose of the kick. Wretched. Unless there are people who eroticize bad 3D skinning and geometry, then save your $20. If you want to watch pretty people fight naked, Rule #34 pretty much guarantees it’s on porntube.

Don’t blame the SJWs for making Tomb Raider 1 (1996) a piece of crap, too. It’s as if the studios have realized that by pandering to a certain sort of sexuality they can squeeze a few dollars out of a bunch of suckers. As a gamer, that bothers me a lot. Given a choice between controls that worked, and moves that didn’t look utterly awkward, and a higher poly-count on Lara Croft’s boob-shelf, guess which I’d choose? That’s right: I chose Xcom (1994) – I deleted Tomb Raider after the first level and did something else.

When I say “pandering to a certain sort of sexuality” I’m not trying to put anyone down – I suppose it is possible that there are people who played Tomb Raider and thought “damn that boob shelf looks like the kind of thing I’d like to cut my face open on!” But 1996 was the early 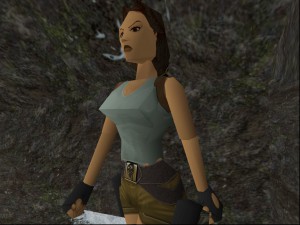 I keep coming back to this: there’s a charge that SJWs are ruining gaming, but what I see over and over is that some games are really really mediocre and badly plotted and their defenders are saying … what, that’s our fault?

I’m not aware of any SJW attempts to ban any particular games, anyway. I suspect a lot of us would enjoy a game with a certain amount of eroticism in it, actually. The problem is: pointless violence that doesn’t advance the plot and is directed at female characters for being female – that doesn’t make the game better. In fact, it makes it worse.* Scenes with Halle Berry topless that don’t improve the movie? They don’t improve the movie. Yeah, you can also get a bit indignant about them because, basically, the director stood up and screamed at his audience, “I don’t respect your taste you stupid rubes!!!” What’s ruining gaming is not SJWs, it’s stupid plots,** pointless quests,*** awkward controls, and code that’s shipping before it’s ready and “let’s ship the actual working version as DLC in a year!”**** 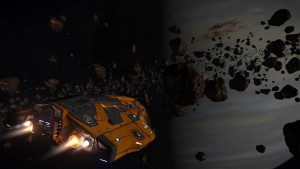 My mining-rigged Python “Tankitty” headed in to collect some palladium at 20 Ophiuchi 7 (Elite:Dangerous)

Gaming isn’t actually being ruined, of course. There are all kinds of amazing games coming out, and the top titles are immersive, beautiful, interesting, well-plotted, and have good game-play.

(*** “I know you are in the middle of saving the planet from a horrible fate but can you get my cat down from this tree?”  “OK now that you’ve done that, I need 3 dripping necrospleens from the wyverns at Big Bog Pond”)

(**** Chris Roberts, I have stopped bothering to even follow what you’re doing)

PS – speaking of interesting and beautiful games, I’m part way through “Life Is Strange” and it’s pretty cool so far. It throws a few stereotypes but within the bounds of dramatic license. I’m digging it. That’s not an official recommendation, though (no money-back guarantee)   I’m also playing Elite:Dangerous and Dark Souls 3. Surprisingly, good games though Elite deliberately lacks a storyline. Don’t blame us SJWs – we didn’t steal Elite’s storyline.