I wrote last week about a white supremacy poster that popped up on my old campus, mocking it for the ridiculous argument that anti-racist efforts are inherently anti-white. Well, it seems the giggling dumblefucks have returned, with even more mind bending logic to  wow your senses! 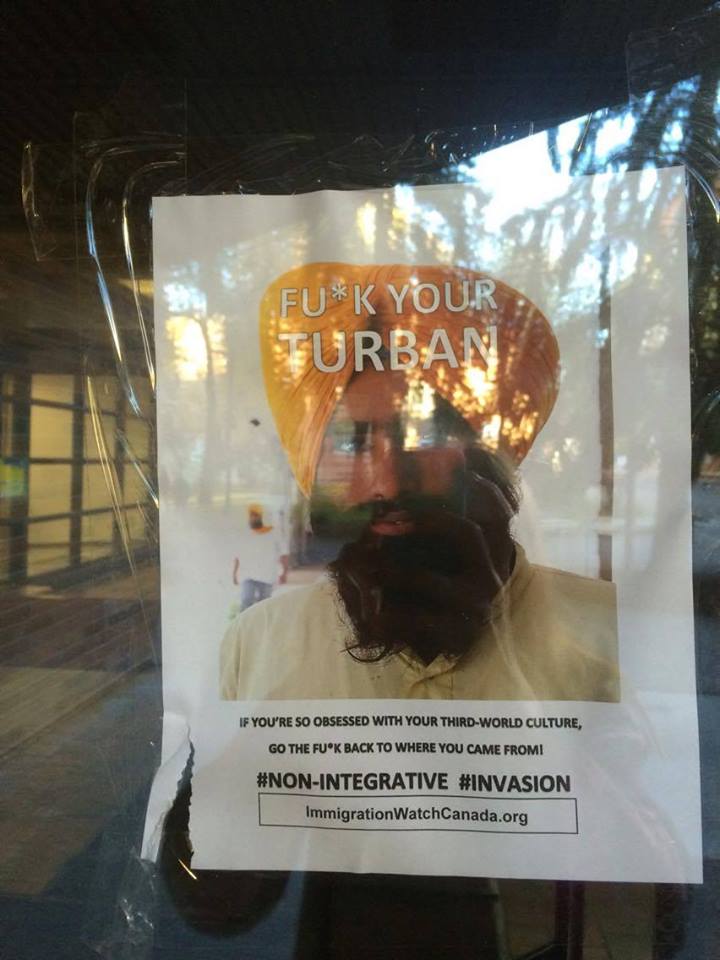 So xenophobia and racism are fine, but we’re respectable racists here, so we’re going to censor the word “fuck.”

…Probably tells you all you need to know about their priorities.

Also, judging by the hashtags, “back to where the poster-maker came from” is probably Europe. Just a hunch. So, you first buddy.

I’m going to start poking around to see if campus security is aware that this is the second white supremacy related incident. There are cameras, so hopefully we can catch these assweasels…

Edit Sep 19: Shortly after this was published, David Turpin, current president of the U of A, released this statement:

Earlier today, disturbing racist posters were discovered on our campus. As soon as they were brought to our attention, the posters were removed. Any new posters found will also be removed immediately. Unfortunately, similar posters have also been found on other Canadian university campuses. We are working with University of Alberta Protective Services to find the parties responsible. The University of Alberta is a space that is open to all people and we take pride in the strength of our diverse community.

Isn’t the point of an initialism to be snappy? » « Signal boosting: Everybody’s against rape as long as we’re not proposing to do anything about it