It’s no secret to woke Edmontonians that we have our own dregs from the bottom of the alt right barrel. Between PUAs scheduling meet ups to MRAs following women around who have the audacity to ignore them, with redneck hillbillies shouting racial epithets on a daily basis, it’s no surprise that we would eventually find signs of White Supremacy, especially since Trump’s bold campaign has been emboldening them. 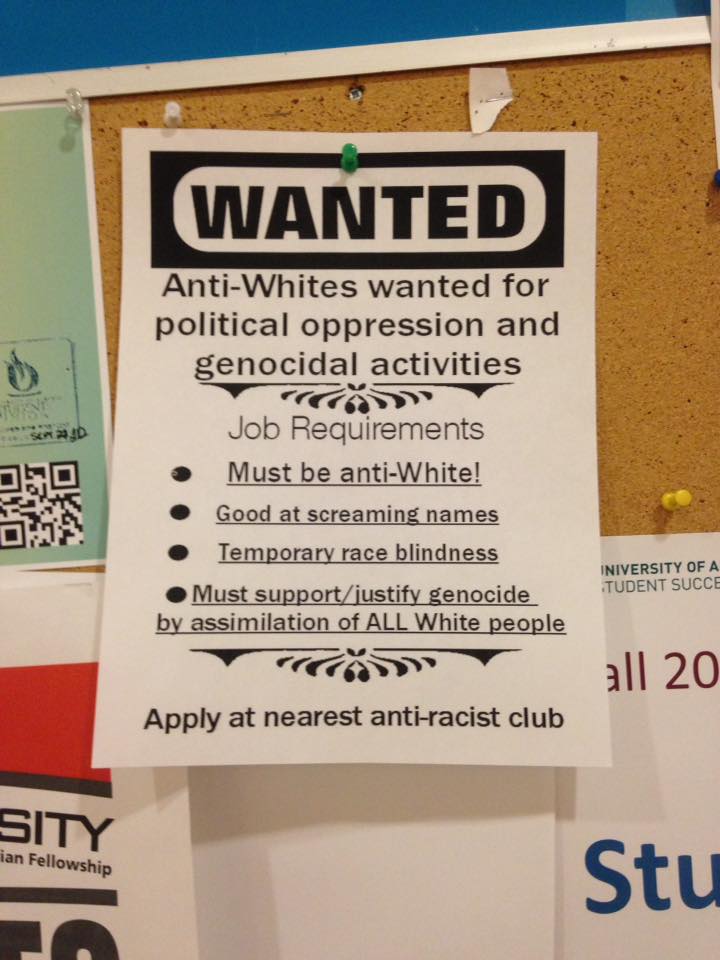 They chose my university, the University of Alberta. Posted on the corkboard of Student’s Union announcements, a fellow local activist took a pic before the poster was taken down.

It probably tells you everything you need to know when a racist jumps to the conclusion that anti-racism efforts are inherently anti-white, as if PoCs are just waiting for the chance to leap into power and reignite the engine of discrimination. What exactly are they afraid of? Being treated as poorly as they treat black people?

So hey, I guess I just wanted a crystal clear example of how Edmonton’s got its own cancerous alt right growths.

The poster is anonymous, of course. Probably doesn’t want to be labelled a social pariah for being a shitstain of a human being.