The US establishment likes to complain about other nations “stealing our valuable intellectual property” more or less constantly.

When you’re the innovator, you’re a damn fool if you don’t give a few thoughts to how you plan to protect your intellectual property, if you have any. How do you make your process secret enough that you’re able to make a great big pile of money off it, before someone duplicates it and eats your profit margin by doing it cheaper? I’m not going to say that “the way it’s always been done” is right in a moral sense, but it’s a reality. And, in the case of the US, we’re hardly in any position to throw rocks: our industrial revolution was powered by stolen intellectual property from England, France, Scotland, Italy, etc. In fact, there were multiple deliberate programs, including hiring cotton loom makers to come live in New England and bootstrap an American cotton industry. Now that we’re the innovators, there is bitter resentment over the Chinese, who are lifting their civilization into the 21st century using the time-honored methods of old. Like with the US, when technology is lifted, it is often improved upon, as well, so new economic powerhouses rise, grow senescent, and fall. In my opinion trying to protect intellectual property is a fool’s game: what you need to do is jam the innovation pedal to the metal and keep innovating so hard and furiously that stealing innovations merely results in stealing the last couple generations of the innovation, and is less valuable.

In a sense, that is what the US’ strategy was, post WWII: jam the pedal to the metal. However, you’ll find that those that aren’t very good at innovating often prefer to defend their temporary advantages. So, you have the gloomy spectacle of Hollywood defending its preturnatural ability to produce odious remakes of bad movies, and lawsuits preventing other media producers from deriving from the same content. But, where it matters, none of that applies: US-built military jet engines are so complicated that the production processes are above the ability of most other countries to duplicate; you cannot copy something that you lack the tooling and processes to emulate. The short form of this is that the complaints will continue, as a low, distant, whine, and nothing will change until China eventually learns enough that they can innovate too. In some areas (consumer electronics) they already do, since US businesses have chosen to export industrial processes to China in order to access its massive pool of near-slave-labor. That’s Apple’s second big innovation.

So, the “Chinese spies” meme carries a lot of weight in the economic forum but it should be expected and managed as part of the process of innovating. But what about geopolitics? The Chinese are also not stupid enough to imagine that the US is a friendly state. They recognize the US as a rapacious empire that is in denial of its own nature, governed by variously demented christian ideologues and nazis. Rational statecraft dictates that any nation sharing the planet with a power like the US has to deeply penetrate its middle management layer, in order to be on the alert for particularly dangerous projects aimed at oneself. The history of the cold war is interesting in that way: the US ruthlessly promoted the Soviet desire for global domination (in spite of the Soviets neither expressing interest or having the ability to accomplish that) and used it as a basis for building the most impressive world-destroying technologies that have ever existed. Now, the US has shifted toward producing first-strike weapons intended to make winning a nuclear war possible, and has had to deceive its people fairly profoundly in order to justify the absurd levels of expenditure that were involved. [It also had to deceive its people fairly profoundly in order to explain how such a massively expensive military lost in Afghanistan] 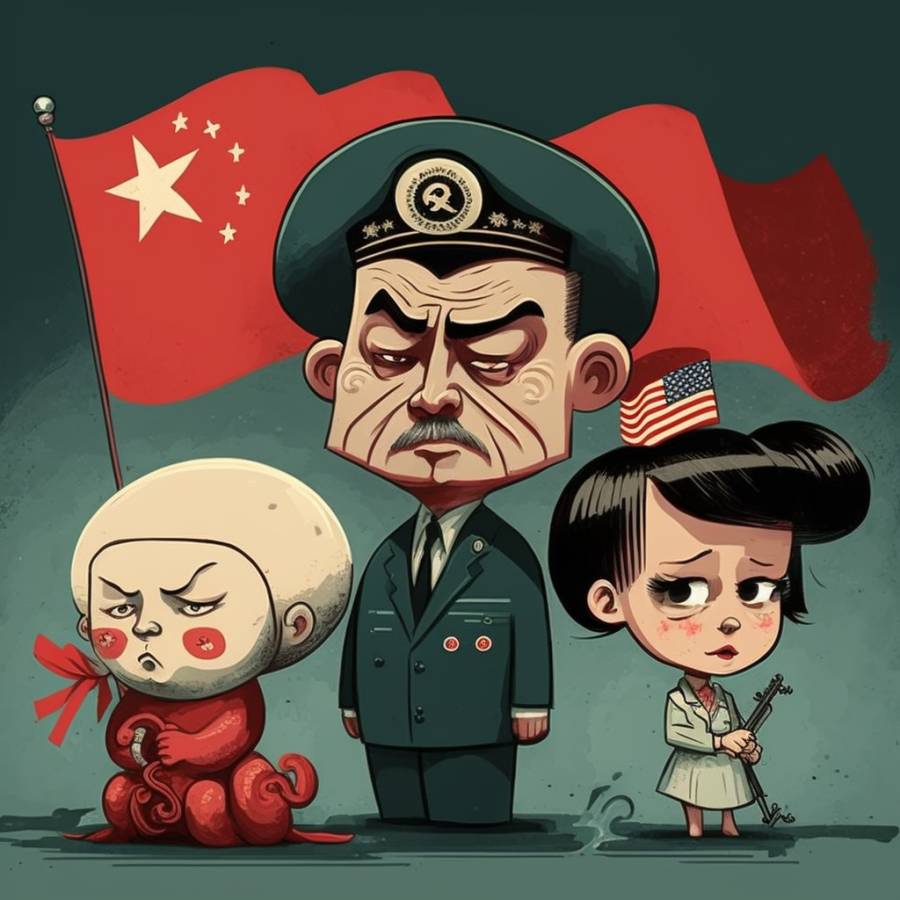 With some anticipation, I read a preview of James Bamford’s new book, which is about the topic of Chinese espionage. Unfortunately, it’s impossible to talk about the effectiveness of Chinese spies without talking about the incompetence, insularity, and stupidity of the US intelligence community, so Bamford also does that. [bi]

The FBI’s website carries a stark warning. “The counterintelligence and economic espionage efforts emanating from the government of China,” it says, “are a grave threat to the economic well-being and democratic values of the United States. Confronting this threat is the FBI’s top counterintelligence priority.” But far worse is the threat to the lives of scores of courageous Chinese agents who have volunteered to spy for the U.S. within their own country. Over the past decade, more than a dozen agents recruited by the CIA have been killed or imprisoned.

Naturally, the FBI is lying and telling the truth at the same time. Never mind that the greatest threat to the democratic values of the US has always been white supremacy, the Chinese economy has successfully lifted a huge number of people from abject poverty into abject labor-servitude, which is an accomplishment of some sort. The US used to do that, but now it’s mostly focused on lifting a few people from great wealth into stratospheric wealth. If you want to talk about threats to the US, which is worse, China, or the republican party?

And it now turns out that it was an alleged Chinese spy within the FBI’s own counterintelligence division who may have been largely responsible. A spy whose activities went undetected for upwards of two decades, until his quiet arrest in 2020. Currently in a Hawaiian jail, his little-known case is wrapped in layers of secrecy as he awaits trail[sic].

As Bamford takes some pains to point out, the FBI appears to have learned absolutely nothing from the experience they had with Robert Hanssen. Yes, spies can embed themselves in the FBI and CIA and when they do, they have access to all the things. This problem, by the way, has gotten much worse since the US intelligence community stepped away from “need to know” security on secret information to “need to share” – and massive intelligence leaks have happened regularly since then.*

By then the FBI was reeling from another extremely damaging, and extremely embarrassing, counterintelligence disaster involving China. In 2003 it was discovered that the bureau’s key U.S.-based China asset, Katrina Leung, was, like Alex, a double agent working for China. Worse, she was simultaneously sleeping with two of the FBI’s top China agents. Among them was her longtime handler, through whom she had been passing false information for more than a decade, information that often was quickly passed on to the White House.

I am posting this because, of course, there is considerable kerfuffle surrounding presidential secrets being mis-managed. Naturally, that is both a crime and an embarrassment. But those sorts of incidents don’t make up a good intelligence source. By the time something winds up in Mar a Lago in a file cabinet, it is more or less published information – the national security council leaks like a sieve and always has. In fact, one very senior member of the intelligence community bureaucracy once told me that he felt that was part of the intent of the process: it’s a way of leaking information that must be leaked at the highest level. I’m not that cynical, except on days ending with a ‘y’ and today is a wednesday. 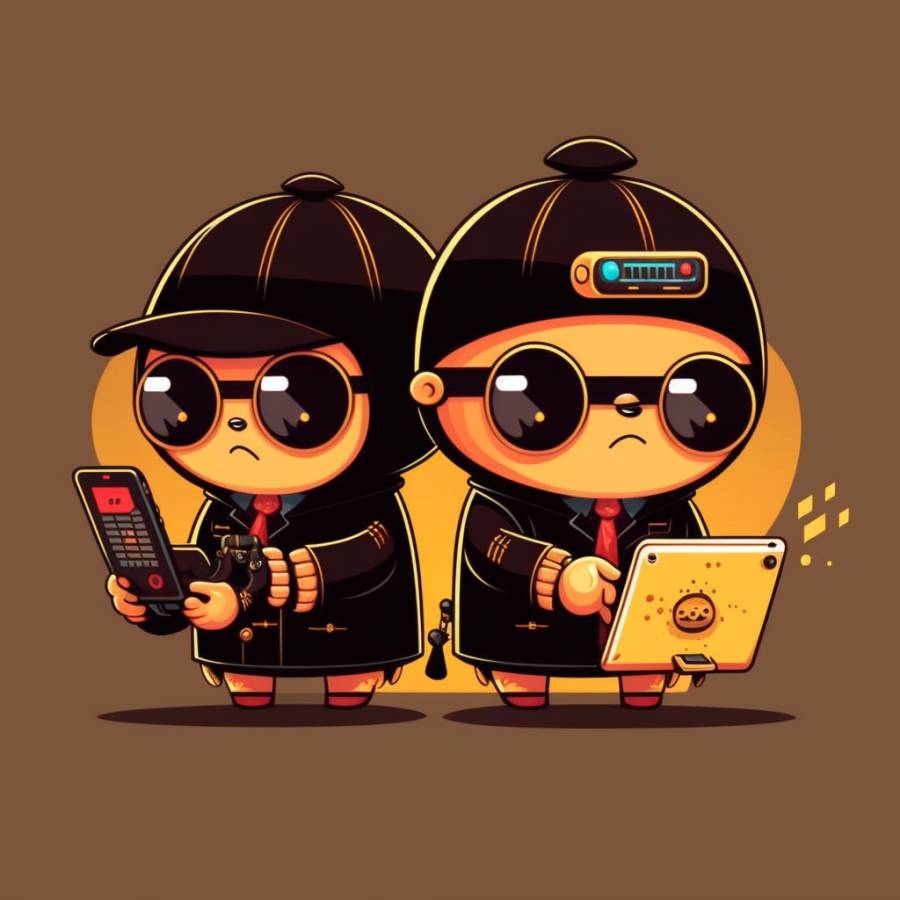 midjourney AI and mjr: “the chinese spies stealing all the secret new technology”

The interesting thing about intelligence moles is that they are in place where they have the ability to assess the importance of what they are stealing. They’re not just demented old golf-playing assholes grabbing documents that ratify their ego – they’re in a position to know the significance of what is passing before them. [That makes it all the more egregious when the controllers of such agents proceed to blow off their information. They’re in the place to know, and yet they are still ignored. I cannot think about this without pondering the case of Richard Sorge wik who was deep inside the Japanese planning cycle before World War II, but Stalin didn’t take his intelligence as valuable]

Assigned to the Honolulu FBI office, Alex and his wife moved into a $600,000 condominium on Hawaii Kai Drive, a short walk to the ocean on the southeastern corner of Oahu. Strongly built, with a broad natural grin, Alex wore squarish glasses above puffy cheeks that seemed to glow when he smiled, which was often. Over at least the next six years and possibly much longer, he took over the role of FBI mole where Robert Hanssen, who spied for Russia for more than two decades, left off, except for a different spymaster. It was as though no lessons had ever been learned by the bureau.

One of the great embarassments of the Aldrich Ames case was that Ames, a GS-12 making a reasonable salary, owned a mansion in Potomac MD, and drove a Jaguar. You’d think that the agencies would learn that they should be doing a computerized check on the finances of their employees, looking for unusual income or debts. In fact they are more concerned about whether the employees are LGBTQ or use drugs. White nationalists? Y’all come down!

In addition, Ma had extensive knowledge of the CIA’s highly secret covcom techniques by which CIA officers communicated with their sources. Every few months, once he had accumulated a load of secrets, he would call his handlers. They would then book him a hotel room in Shanghai, pick him up at the airport, and take him into town, where he would hand over his secrets and be debriefed by agents of the Shanghai State Security Bureau (SSSB). 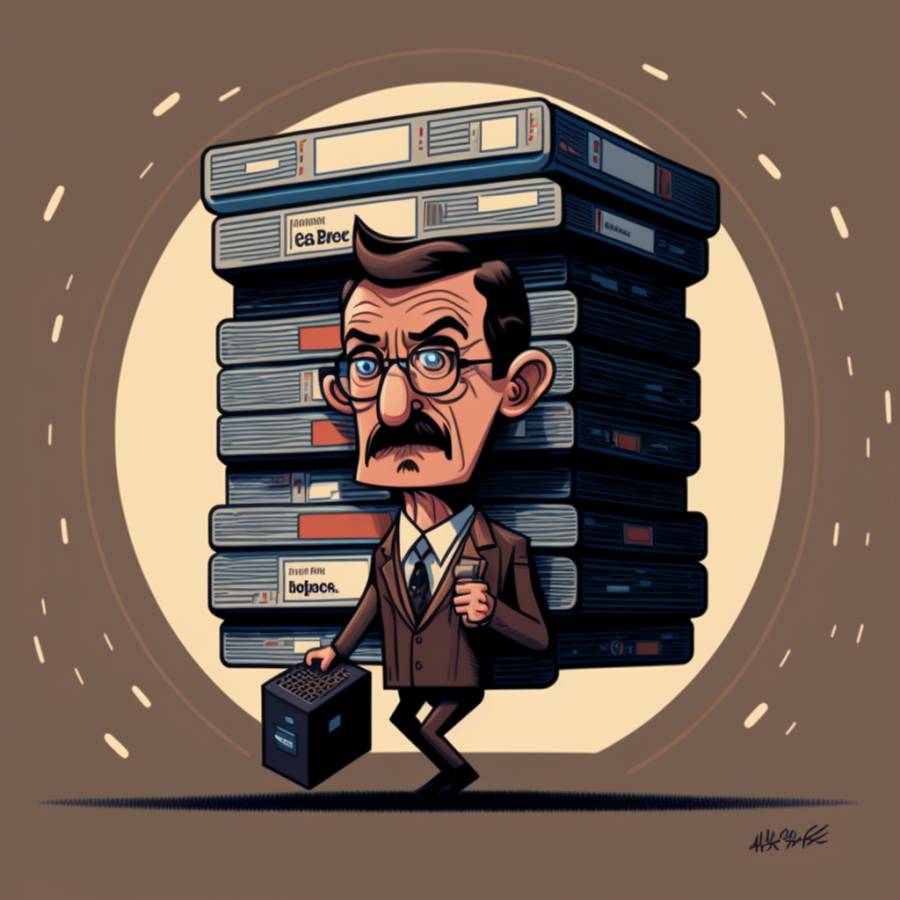 How did the Chinese agent exfiltrate all this hugely sensitive material without being caught? He carried it out on his laptop, naturally. Aldrich Ames used floppy disks. Hanssen, too. But that’s because the technology was aimed at floppy disks at the time.

See how deftly the US does it: they were running a deep cover network of agents inside China and it’s the evil Chinese’s fault that they were caught and killed, because the FBI and CIA were incompetent and China exploited their incompetence. I am endlessly fascinated by how the US is always in the right regarding these things. It is evil and wrong that the Chinese have deep cover moles in the US IC, and it’s evil and wrong that the Chinese collected and killed the US’ moles in China, but naturally it’s OK and totally normal for the CIA to be running a collection network in China because that’s how things are done!

* In the late 90s I was part of a presidential blue ribbon committee chartered by NSA and CIA to consider the question of how to break down interagency “stovepipes” of information. The committee made some useful suggestions but mostly the conclusions of the intelligence agencies was “we’re going to do whatever we want to, anyway.” It was a shocking dose of reality for me. My main suggestion was that the IC needed to develop a software-controlled “oracle” what would decide algorithmically who was interested in what, sort of like how amazon.com’s book recommendations work, then share “teasers” that were not the information itself but rather information that the information existed. The IC has a massive problem with ‘deconfliction’ which is the process of keeping one secret project from stepping on another, or exposing it, or outright arresting the members of the other agency and all the chaos that ensues. This might sound funny, except that the CIA has been known to bomb itself. Something, clearly, must be done – and the NSA and CIA’s response was to build massive servers, load them up with everything, and let anyone with a basic clearance browse them.

Dungeons and Dragons » « So Much for “Superiority”