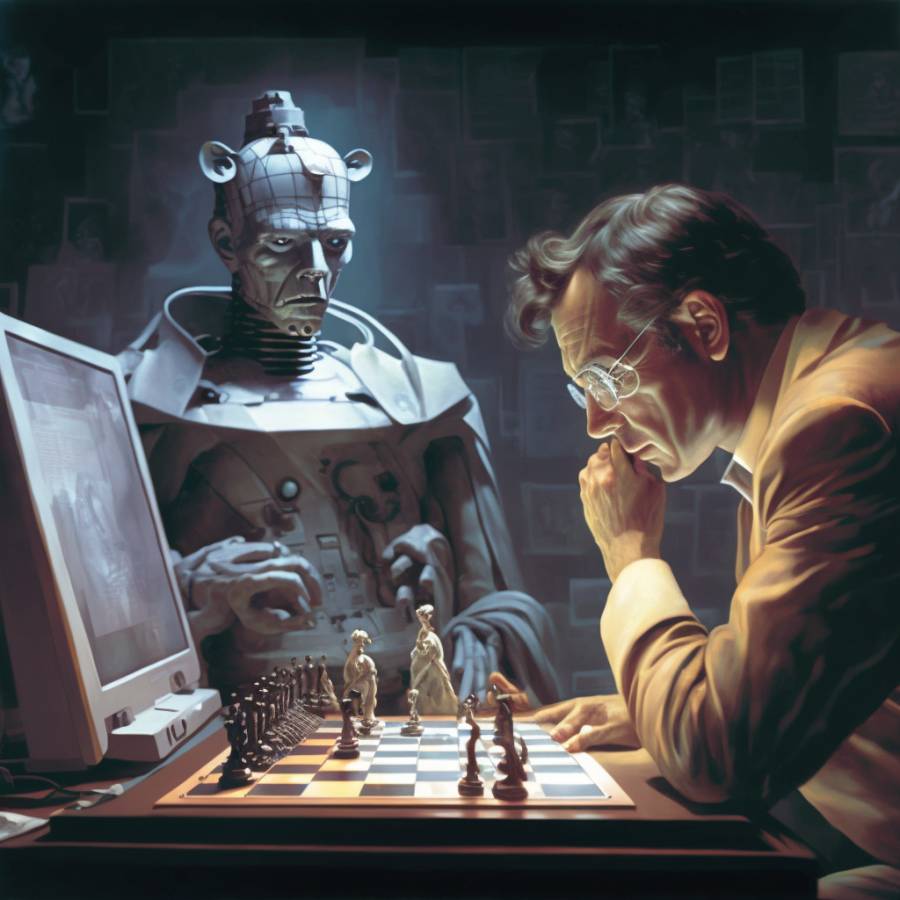 Midjourney AI and mjr: “the AI is playing IQ test puzzles against the human chess master.”

It’s not too difficult to come up with a definition for “intelligence” but defending it is another matter. It appears, to me, that there are multiple axes of “intelligence” ranging from eye/hand coordination, spatial reasoning, logic, grouping and sets, to music appreciation. The IQ testing community has responded to that on two fronts, firstly claiming that IQ tests stress all of those, collectively, and more – and secondly by claiming that they can tailor tests to stress various aspects of “intelligence” and that there is a thing called “general intelligence” that is somehow a roll-up of all the aspects of “intelligence” and more. It’s not my bad theory and bogus science so I won’t try to defend it. The point I want to emphasize here is that, typically for the social sciences, they have trapped themselves in circular reasoning: they don’t know what a thing is, so they have established a questionnaire that probes a bunch of points and if you score more than ${whatever} on the questionnaire then you’re a ${whatever}. Except they never say that: they dance around that point and say “so and so scores high on the ${whatever} index” – leaving it to the listener to complete the implication.

For all intents and purposes, can we say that the implication is that if you perform well on an IQ test, you are “smart”? And if you perform at a certain level, you are perhaps a “genius”? If you score above a certain amount, you can join MENSA.

Researchers from UCLA have found that the autoregressive language model Generative Pre-trained Transformer 3 (GPT-3) clearly outperforms the average college student in a series of reasoning tests that measure intelligence. The program uses deep learning to produce human-like text. GPT-3, a technology created by OpenAI, has a host of applications, including language translation and generating text for applications such as chatbots. 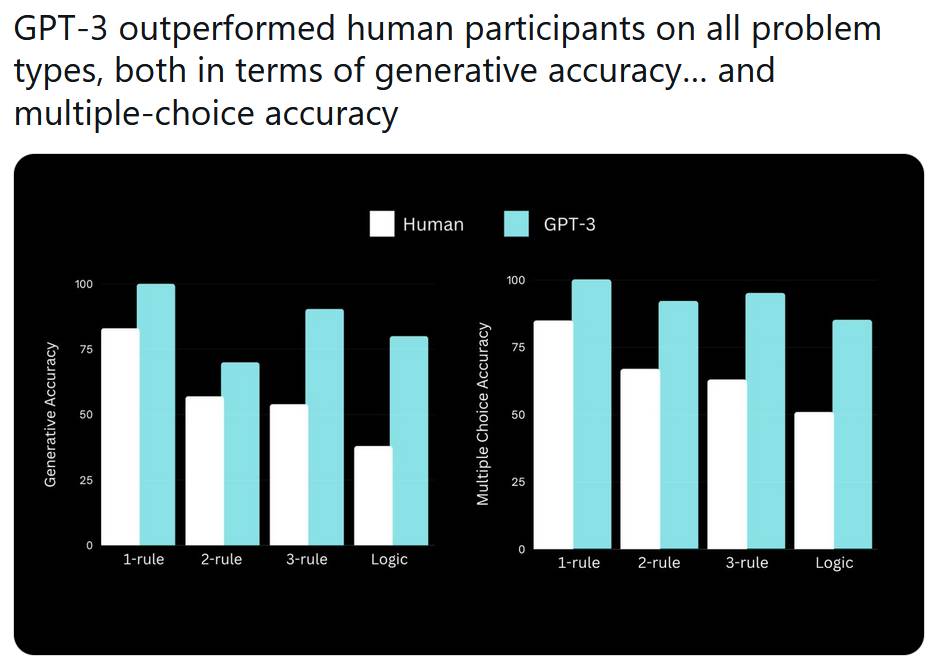 The new study looked at the program’s ability to match humans in three key factors: general knowledge, SAT exam scores, and IQ. Results, published on the pre-print server arXiv, show that the AI language model finished in a higher percentile than humans across all three categories.

The graphs indicate not simply that the AI outperformed the average college student: it trounced them.

Scientific racists are going to be left scrabbling for the left-overs, as AI models continue to wipe the field with human intellect. Suckers.