There’s a piece over at Daily Kos that repeats some of the Jesus-freaks’ statements on Trump.

Did you ever want some fallback to argue that religion is a form of derangement? I can’t read this stuff without thinking that we’re seeing manifestations of complete madness – but it’s the madness that has always been latent in the mind of the faithful. [kos]

We declare he will be back in office soon. VERY soon. In Jesus’ name. Amen. We pray the fraud in the 2020 election will continue to be exposed and the election decertified in Michigan. The battleground state in our nation. In Jesus’ name.

And just to cover it quickly, because I don’t want to take a lot of time, but it’s coming, out this ‘Truth to Vote,’ where they found all the thousands and thousands of ballot harvesters. You’ve seen that. ‘Truth to Vote.’ But when you see that – that’s coming out in two weeks – when you see those numbers, I think it’s four or five million people cheating. Those numbers are coming out.

Now the press hates like hell to cover it. Oh, they go crazy cause they have a lot of live television. I’m talking about this, they don’t know what to do. They’re saying ‘Should we turn off the cameras?’ Who cares? But right here, just quickly, in Michigan your corrupt state officials sent out 7.7 million unsolicited mail-in ballot applications to everyone on the rolls. Including people who are dead and those who no longer live in the state. Other than that it was wonderful.

It’s like a weirdo version of the Nicene Creed: “I believe these things that are batshit crazy…”

I want to imagine that the Qanon fusion with right-wing christian fascism is going to dead-end spectacularly when they eventually find themselves cornered by reality. They’re still talking about how Trump’s been doing this whole thing as a way of trapping the evil deep state machinators, who will be something something something when the whole plan comes to fruition. Really, this is what comes from America’s coddling of religion and anti-intellectualism: a great tital wave of dipshits.

I’m on a few fascist mailing lists (naturally!) and I get a steady stream of batshit propaganda like this: 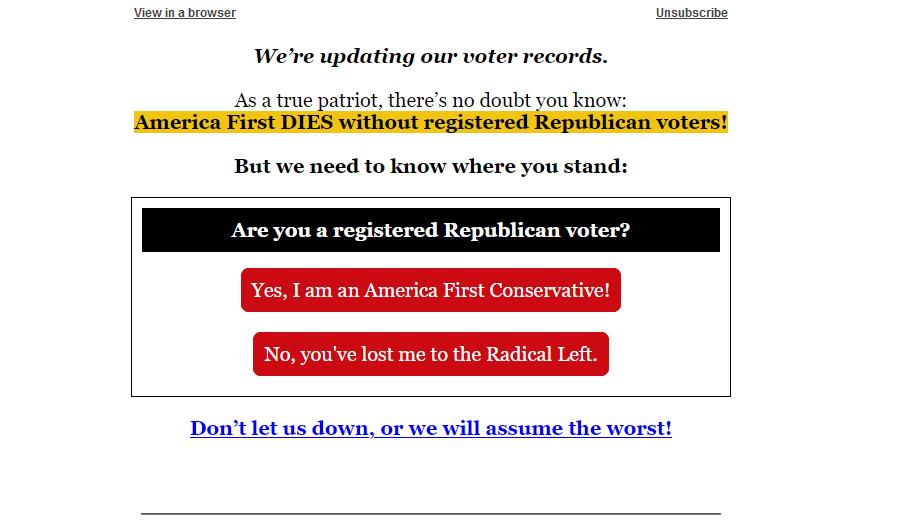 Can anyone look at Joe Biden and Nancy Pelosi and think “yeah, that’s the radical left”? I wish there was a radical left. The US is just shades of batshit, ranging from “borderline weird but manageable” to “my pillow guy”

Breaking New Ground In The Field of Hypocrisy » « Oroshigane – 5