I have really been going to town on the Tides of History podcast. Wow, it’s interesting.

Here’s a link to an example episode: [wondery] Isn’t it amazing that with content like this available, people would prefer to listen to Joe Rogan? But, I digress…

Tides of History does a good job of not being (white)Euro-centric, and has been discussing the invention of civilization, and how and where it happened. As you’d probably expect, if you thought a bit, it arose in multiple places at multiple times and sometimes died out or changed, merged, morphed, became kingdoms or empires. There’s an interesting question that the podcast taught me to ask, which I hadn’t, before: “when is something a ‘state’?” The philosopher in me says that obviously it’s going to be a vague concept and there’s no clear dividing line in which, one day, Boss Thag of Mud Wallow becomes King Thag of the Mudwallian People’s Kingdom* and begins expanding the good news that “Hey guys we’ve invented government.” But details like that aside, if a historian/archeologist wants to try to pin a date on when such-and-such town became a city, and that city became the head/capital of a state, I don’t think we should stop them from making that analysis. It’s useful. I suppose part of it is also tied to the question: “who invented the state?” It appears to me that historians would say that the state is an emergent property of a successful town/city and here’s where it gets interesting: one of the best ways to tell you’re looking at an emergent state is signs of inequality. That warms my flinty old anarchist heart: government and the Stark Fist of Removal co-evolved. Note that they’re not necessarily saying that inequality is the only way you can tell you’re looking at a state – there are others. But all these are arguable criteria: when does a city have defensive works? Defensive works don’t just indicate that there is enough surplus work and resources for defenses, but it also shows that the new state has become wealthy/successful enough to be worth attacking.

The episodes around the early evolution of the state in what is now China are pretty darned interesting. For one thing, there’s the actual state, what happened or appears to have happened – and then there’s the legendary state. Because, it turns out, King Thag didn’t only cheat on his taxes, he liked to brag about his military victories and fantastic golf handicap, etc. So, if you have a modern nation like China (notably formed out of the joining of several states around 200BC) there may be a cultural interest in being able to claim that one of the cities in that region was the successful proto-state from which everything else arose. That mythology does not always play itself out when you start digging up the skeletons from the closet. I find the podcast’s explanation of these things, and the way they describe it, to be very interesting.

I have not bothered to fact-check their historiography because I guess I don’t care that much whether it’s accurate; it does not affect me much. This is interesting stuff but I don’t have an interest in who invented politics and when.

To me, it amounts to an interesting meditation about the problem of knowledge about the past, and how unreliable and uncertain things get only relatively recently. It makes me think about how, in the last 300 years, we’ve managed to ruin a pretty nice planet so badly that there may well not be much archeology in the future because there may not be archeologists. Or, any archeologists that there are, are going to have a lot of work. (“There was a religion called ‘Twitter‘…”)

Anyhow, give it a check-out!

Also from Wondery is another fascinating history podcast that gives my mind huge vistas to wander over: The Fall of Rome Podcast. [fall of rome] This one is, as you can infer from the title, about what we can figure out about the collapse of the Roman Empire. It’s really thoughtful and very well put-together, in my opinion. One thing that I really like about it is how they narrate the impact of certain events in terms of what a person at the time might have experienced. I.e.: what would Gothic raider Thag have experienced when the English part of the Roman Empire collapsed out of the imperial economy and there was increasingly less of an official Roman Army keeping order, and more opportunity for a bit of raiding and setting oneself up as a local lord. It’s a really good way to snap the listener out of the view that things were more stable than they appeared, at the time, because we (spoiler alert!) know how it ended. So, for example, they encourage us to think about what the mini ice-age would have felt like to a formerly Roman share-cropper, who suddenly found starvation was a real danger, at around the same time that the Roman Empire appeared to be losing its hold on the area and bands of armed men, looking for food, stopped asking nicely. 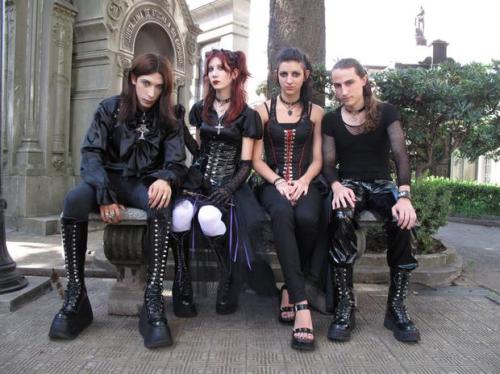 The Goths did not do it.

It’s cracking good stuff and it’s also important because, I think, it steps away from the fairly “just so” take that the Roman Empire was collapsed by too many Goths in the army. The podcast goes into the fact that the Roman Empire was a long-running set of economic relationships, upon which there were military and governance relationships, but that the effect after 100 years or so would have been that the Goths stopped thinking of themselves as “Goths” and thought of themselves as “Romans” Of course there were the usual dynamics between “who is the barbarian here?” that you’d get in any aristocracy, but in ancient Rome money talked very loudly and power and talents [the Egyptian currency] trumped breeding almost all of the time.

Many of the points the podcast makes hit upon one of my pet topics, namely the idea that people who imagine there is a racial identity in post-Roman parts of the world are just fooling themselves. We can’t really say that the Romans of yore are strongly related to the Italians of today, precisely because the Romans of yore fucked everybody and Roman civilization was highly mobile. It was not at all out of the question that a Gothic “barbarian” might actually be raised in Rome, think of themself as a “Roman” and then go back to their origin and turn against Rome and become part of what’s pulling down the edges of the empire. [I just described Alaric the Visigoth] We are talking about hundreds of years and after 200, 300 years of Roman legions arriving and departing from an area, the local gene pool is irrevocably and permanently mixed. Suck that, Madison Grant. As I’ve mentioned before, there are no “English” they’re just more or less Roman. Likewise anyone from a region where the Mongols or Ottomans or whoever else came storming through.

Sorry, I was digressing into my personal hobby-horse. But, the Fall of Rome Podcast is so interesting I’m jealous. Go check it out! Or, if you’re already a fan, tell everyone else that I’m not just blowing smoke.

* Naturally, the Mudwallians have no say in the decisions made by the Mudwallian People’s Kingdom – King Thag calls it that because he wants to put the Mudwallian “citizens” on notice that he intends to enforce his laws upon them, not that the kingdom is in any way responsive to the will of the people; that would be laughable except King Thag doesn’t laugh about things like that, he has his spearmen do the laughing.