Creating things for the future, or to give people pleasure, is an optimistic act.

I finally got that big hunk of ash on the lathe, a few weeks ago. [stderr]

I found myself captivated by the gleaming white chatoyance of the spots where the grain is twisted. Ash has a grain similar to oak: there are large runs of hollow material that can absorb oil or whatever. This was sealed with a small amount of wax and shellac, then buffed clean with fine sandpaper and steel wool.

The size is a bit deceptive, as is the weight. It feels like a murder weapon. It’s about 20″ long, and 3″ thick at the high part. Because of the way the grain looks, it’s a sort of optical illusion that makes the ends appear to be different sizes. I checked the profile of the thing out with a machinist’s calipers and it’s accurate enough – especially since it’s only got one moving part. 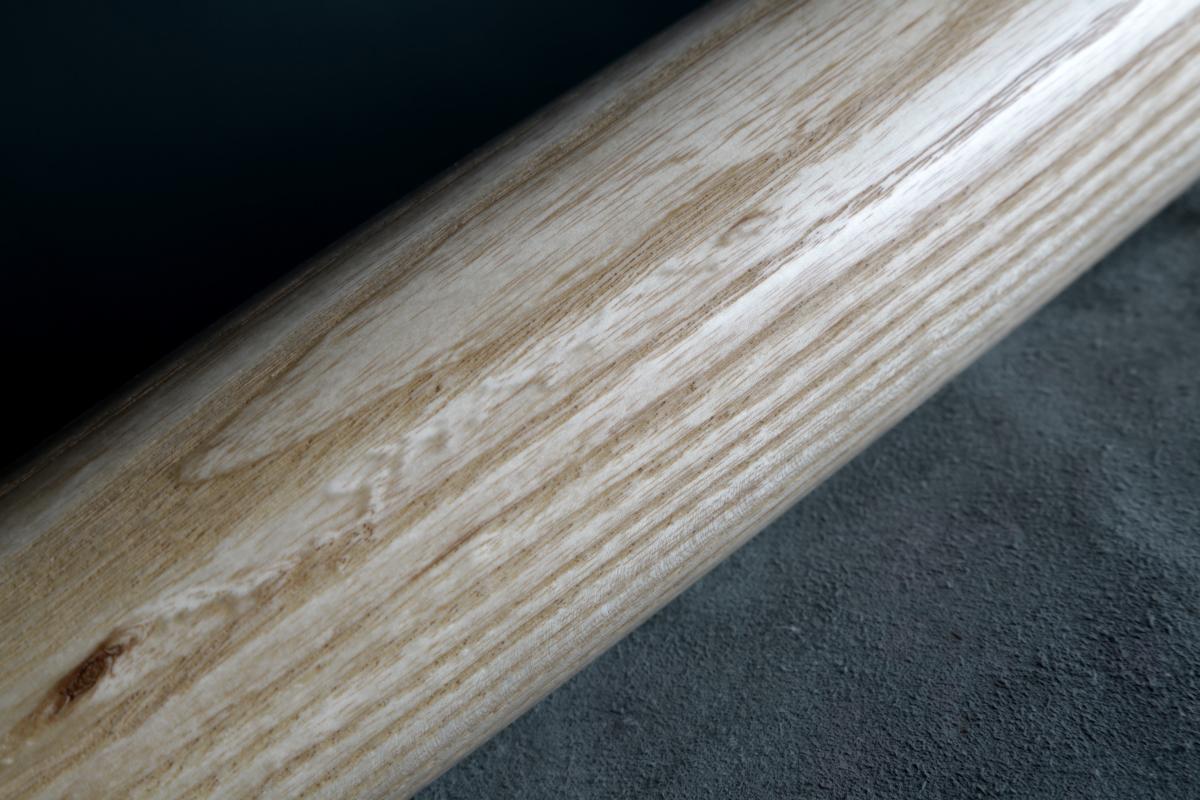 After a few days to color/dry/soak up some linseed oil, I stuck it in a piece of polartec, then a box, and shipped it to merrie old England. In the course of some struggles at the post office (the USPS does not recognize that where the recipient lives is an actual place, therefore to its computers, it is not). The barcode for tracking didn’t work until after it was out of my hands, so I had no idea where the box was or if it was delivered. I am told it made it there intact.

Meanwhile, I had lunch with some of my high school friends and my high school science teacher. That was a delight – we’re all sort of still the same people but we’ve done 30-whatever years of living and we bear the aches and scars and triumphs of that time. Somehow my science teacher, who must be fairly ancient now, looked and sounded exactly like he did when I was in 8th grade.  Anyhow, we were all doing a bit of “what are you up to these days?” and realized that I had just finished turning a nice rosewood bowl, and maybe I could send it to the teacher. I love being able to plant small things in other people’s lives, to serve as an intermittent reminder of the goofy kid who loved 8th grade physics so much. 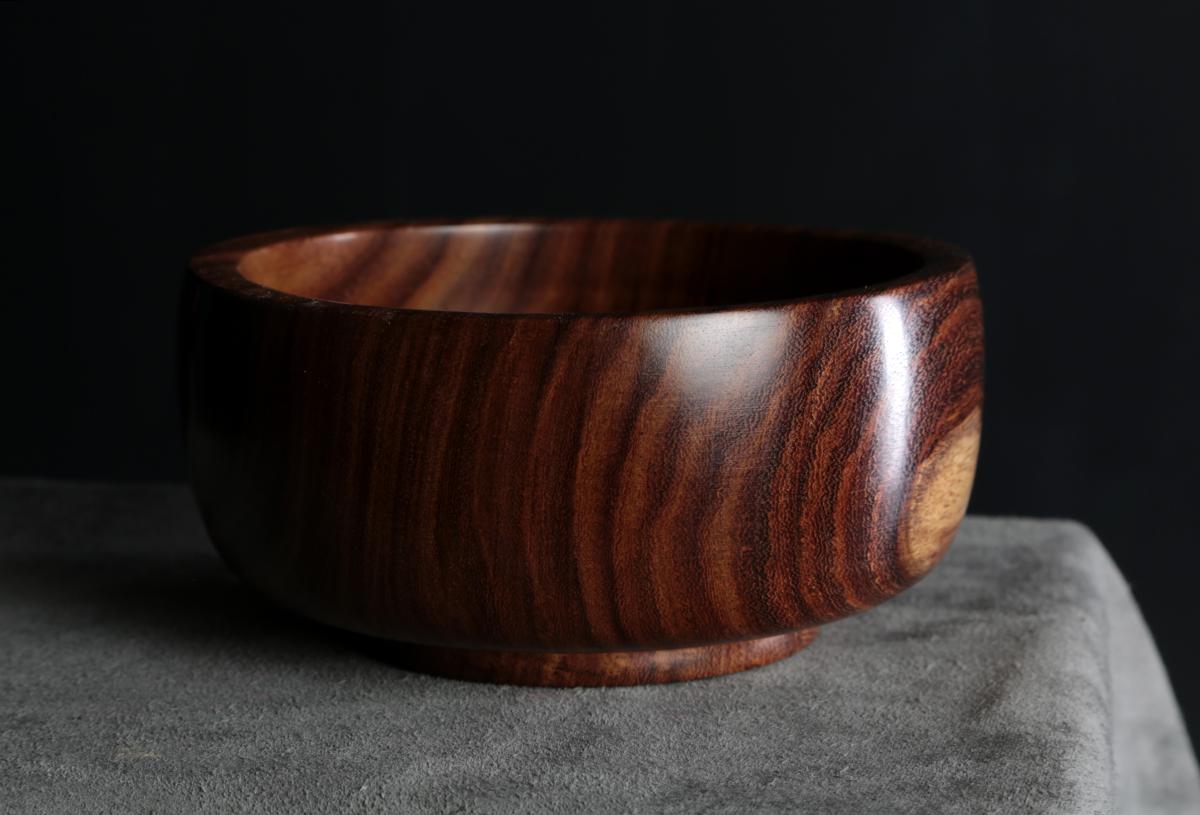 I am slowly working toward thinner and thinner bowl-walls, but the idea of a chip-out or explosion is really unsettling. Rosewood is tough stuff. Most of the materials we work with are pretty tough, really.

This last piece is an odd one:

Via a circuitous route, I accepted a commission to make a “sceptre” for ceremonial something or other. The flat end is drilled to take a 1/4-20 bolt, so whatever goes on the end will be pretty positively mounted. The inserts are rosewood, which I drilled through (and into the maple) with a forstner bit, tapped in a 1″x 1.5″ chunk of oak dowel, then epoxied to the sceptre-body so that it’d hold really well. Lathing something can put tremendous angular torsion on an object – you’ve got to be fairly gentle with it even though it’s been pegged and epoxied. As it turned out, it turned out.

The grain in the maple piece is hypnotizing. There is an outfit on the interwebs that sells baseball bat blanks in various exotic woods (for presentation purposes) so I sprung for a piece of sugar maple. The patterning is so vivid that you expect to feel with your fingertips. Instead, it’s glass smooth.