One could make an argument that racism makes people stupid, because racism is, at its core, a symptom of intellectual laziness. The racist must ignore massive mountains of facts and shelter the racist ideas from enquiry, since they cannot withstand even cursory examination. It’s plain old dumbass.

Today’s news is that Torrance, California, hires stupid cops. First off, they were stupid racists, but worse, they somehow made the assumption that the computers they were using didn’t maintain any historical records. In the age of “but what about her emailllllzzzzzz?” it is incredible that anyone could be so dumb as to not realize that what you do online, stays online, usually forever. [kos]

Newly found text messages circulated among current and former police officers of the Torrance Police Department reveal a culture rife with racism, antisemitism, and homophobia going back at least a decade.

Wednesday, California Attorney General Rob Bonta announced that his office will investigate the department, telling the Los Angeles Times the probe could lead to criminal charges against individual officers if necessary. 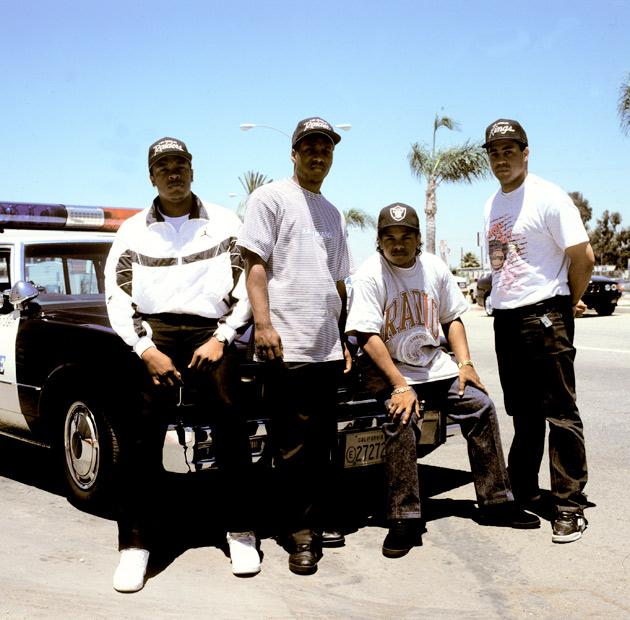 NWA outside their studio in Torrance, CA

Prosecutors say the messages go back years and could jeopardize hundreds of criminal cases in which the officers either testified or made arrests.

The LA Times identified 13 current and former police officers and one Long Beach cop who are now under investigation. At least nine of the officers texted images or commentary advocating violence against Black people and LGBTQ community members and ridiculing racial profiling. Fifteen officers are on administrative leave, Sgt. Mark Ponegalek, a Torrance police spokesman, told the LA Times.

That’s one important point: all their hard-won policing victories have just been shitcanned because they have demonstrated that they could not possibly be serving justice impartially. The word for that is “corruption” – I suppose you could also call it “systemic racism” – another example of baked-in bias in American policing.

It gets worse, but for starters: 15 officers on administrative leave is journalism/police code for “we’re going to wait until this blows over, then the police union will demand they be re-instated and we’ll have to give in and re-instate them.” Administrative leave means that the officers in question are relieved of their normal responsibilities, and stay at home while continuing to collect pay and benefits. It’s like a forced COVID vacation, except that unlike pretty much everyone in the service industry, who did not have an income during the pandemic, they get salary and benefits. Where can I apply for a job like that? In the high tech sector where I worked during my career, we had one incident where someone threatened violence on a co-worker, and that guy was unemployed and standing in the parking lot with all of his personal items in a cardboard box, 15 minutes later. That’s how you do “administrative leave” in the corporate world. In fact, it’s almost unimaginable to me that any business does not immediately fire someone who engages in this kind of activity. “Oh, and please don’t list me as a reference.” Terminated for cause is what you write on that person’s HR folder and if anyone reference checks that individual, the HR department is authorized to reply only, “that employee’s folder says ‘terminated for cause’ and our policy is that we won’t disclose anything about an employee that left the company under that condition.”

Think about it – the only reason you’d ever put someone on “administrative leave” is because you might put them back into their job. Because otherwise why not fire them immediately, stop their benefits and salary, free up the desk space, and start hiring a replacement? Amazon.com probably has a software HR-bot that would automatically do that. Why don’t the police?

This is the quality of people that Torrance, CA, has on its police force:

The investigation began while exploring criminal charges against two former Torrance police officers charged with spray-painting a swastika inside a resident’s car in January 2020.

Uhhhhhhh, what?! It’s possible to imagine a more stupid thing that one could do, while on the job, but it’s hard. [Whatever happened to James Damore, btw? Oh, he has “regrets” and has realized that he’s autistic, therefore not an asshole. [guard]]

Chief Jeremiah Hart asked the attorney general’s office for assistance after the repugnant messages were discovered.

“I am committed to accountability, and I will not tolerate any form of bigotry, racism, hate, or misconduct,” Hart said in a statement.

Accountability would mean that you’d fired them immediately, and let the union be damned. More to the point, make it a public spectacle as the union stands up for the racist creeps and tries to insist that the police department re-hires them. Oh, but no, apparently Chief Hart doesn’t actually believe in accountability. Having those assclowns still on the force is “tolerating them.” 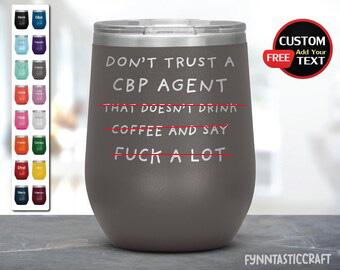 Someone sells these on etsy. I fixed the text for them.

But, none of this story is shocking – we’ve been treated to years of this kind of shit. Apparently All Cops Are Bastards or, at least, work cheek by jowl with fellow cops that they know are bastards, because doing anything or saying anything would be awkward, or something. That’s why I absolutely reject the “a few bad apples” theory and substitute my own, namely “policing is a giant bucket of almost entirely bad apples, with a few that aren’t rotten yet, quickly rotting from contact with the stew.”

Time and again, we’ve had accounts of cops and cop bosses being so stupid about their communications that they set this stuff down where it can eventually come to light as public record. But then there are the “smart” cops, like the ones that didn’t use their work computers – they took it to Facebook on their own time. Perhaps you remember this story from 2019: [propublica]

Members of a secret Facebook group for current and former Border Patrol agents joked about the deaths of migrants, discussed throwing burritos at Latino members of Congress visiting a detention facility in Texas on Monday and posted a vulgar illustration depicting Rep. Alexandria Ocasio-Cortez engaged in oral sex with a detained migrant, according to screenshots of their postings.

So smart: use facebook. By the way, if one of my employees had done something clever like that, I’d have still instantly fired them, ha ha!

Created in August 2016, the Facebook group is called “I’m 10-15” and boasts roughly 9,500 members from across the country. (10-15 is Border Patrol code for “aliens in custody.”) The group described itself, in an online introduction, as a forum for “funny” and “serious” discussion about work with the patrol. “Remember you are never alone in this family,” the introduction said.

Yeah, those are some “family values” for sure. But here’s the reason I am digging up this old news: surely, with 9,500 participants in a group filth-bath, there would be (let’s say) 4,000+ who were fired as a result. Right? Or do you think that a few of them got “administrative leave” and are now back out there policing the nation and waving the flag of law and order?

Customs and Border Protection fired four employees and suspended more than three dozen others without pay after a year-long investigation into their involvement in Facebook groups featuring violent, sexist and racist posts against migrants and Latino members of Congress.

CBP said in a statement to NBC News on Friday that after an investigation into 138 cases of “inappropriate social media activity,” four employees were removed from service, 38 were suspended without pay, 33 were disciplined with reprimands or counseling and 63 of the allegations were unsubstantiated. The Los Angeles Times first reported news of the firings on Thursday.

I’m trying to even figure out how such allegations can be “unsubstantiated.” Were they members of the facebook group, or not? Here’s what I bet happened – they only went after the CBP employees that posted the nasty stuff, not the others who signed on to become part of a secret group and laughed and cheered along with the rest.

4 people fired. Three dozen get an unpaid vacation (note, it does not say how long they were suspended without pay) According to the Office of Personnel Management (OPM) a federal employee can be suspended without pay for a maximum of 12 weeks. 2 weeks is more typical. Note that if CBP had said “indefinitely suspended” that would mean something very different from “suspended” – which almost certainly means that those cretins were back out there in uniforms wearing the American flag, cretining away as hard as they could.

Where a disciplinary board recommended two dozen firings, instead suspensions and letters of reprimand were issued and just two lost their jobs. A Border Patrol agent who posted some of the most offensive images was allowed to retire with disability and benefits.

That’s another aspect of the “suspension” that is commonly not discussed. It may be that the suspension is just a break for an employee to mark some time, get some job hunting done, or line up their retirement. You know, like they were an honorable employee who was exiting the organization in a favorable manner. Being allowed to retire with disability and benefits is stealing from the public when you’re talking about a jackass who should have been standing with their personal items in a cardboard box in the parking lot, within 15 minutes of their misbehavior coming to light.

“C.B.P. will not tolerate hateful, misogynist or racist behavior, or any conduct that is unbecoming of the honor we hold as public servants,” an agency spokesman, Luis Miranda, said on Monday in a statement. “C.B.P. is working to review policies and to underscore the need to respect the dignity of every individual, fight against discrimination, safeguard civil rights and civil liberties, and increase transparency and accountability.”

Yes, you will tolerate it. You’ll even aid and give comfort.

“Dramatic Change” Is One Way To Put It » « No Consequences