A decade ago, when people spoke in hushed tones about the potential climate disaster, one scary harbinger was the break-up of the Thwaites Glacier. They used to call it “the doomsday glacier.” 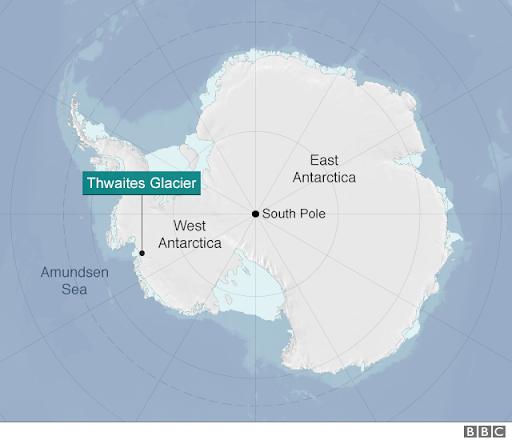 The simple version of the story is that the glacier is a sort of natural plug that keeps warmer water from being able to get under this huge basin of ice and water, and warm it and eventually melt it. Moving water will greatly increase the melt-rate and, the boffins used to say the whole thing could break up and melt faster still, raising global sea levels an unfortunate amount.

See what I did there? An “unfortunate” amount – I’m down-playing the magnitude of the impending disaster, just like our friends in the media do. Why? Because, like them, I have no idea how big a disaster it is when you add a melting chunk of ice the size of Great Britain to the oceans. It’s going to be a disastrous disaster. But, as usual, it will be one that most of us won’t live through.

However, it used to be thought that release and breakup of Thwaites might be 100 years in the future, after/when/if it comes unmoored from a spit of rock that’s holding it in place. The new news is that it’s going to crumble, anyway and it’s unmoored and sort of flexing around the spit of rock that’s going to help break it apart. Not “in the next 100 years” but “in the next couple of years.” This next decade, at most.

This marks a very concerning trend. I notice that ten years or more, ago, the boffins were saying this or that or the other thing were harbingers of doom, but we’re blowing past those harbingers like they’re the flickering paint-lines on a highway and we have the gas pedal (of our great big gas-powered 12cyl Lamborghini, naturally) to the metal. They kept saying things like “if the Amazon becomes a net greenhouse gas emitter, we are fucked” and “If the Thwaites begins to have warm water under it, we are fucked” then “if the Thwaites, which has warm water under it, begins to move, we are fucked” and now “If the Thwaites shatters like a broken window, we are fucked.” I see the trend, and it’s flickering white lines so blurred they no longer register.

BBC has a bit about the research that’s going on, and, yeah surprise surprise the Thwaites is going to collapse. [BBC] As The Cure song goes, “there is no ‘if’ just ‘when’.” These outcomes are now inevitable given the current situation, let alone the governments, like the US, which continue to plan to ramp up emissions only at a reduced rate that means that sometime around 2050 they’ll be emitting a whole lot more and try to “stabilize” there.

The only good news I take from the story is that Boaty McBoatface is on the job: 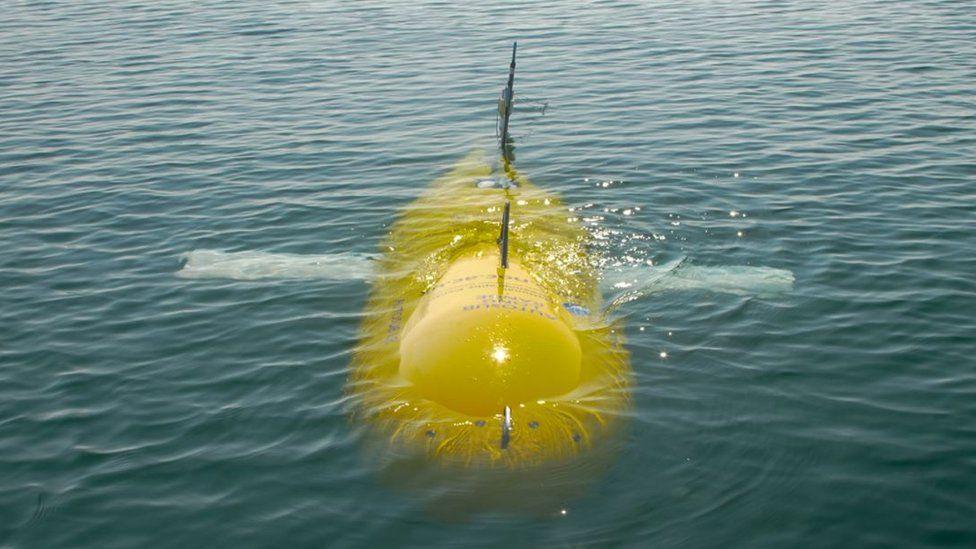 After the embarrassing trollgasm surrounding the “vote for a name for our research vessel” they used the winning name Boaty McBoatface for the extremely expensive and very cool long-range nautical drone that is being used to map how badly the Thwaites is fucked. So, that’s nice. The news is not all doom and gloom.

One thing that keeps me up at night is the nagging fear that some republican buttplug is going to smugly announce that the breakup of the glacier will just help cool the planetary surface more. And, it will, briefly, but not enough. The boffins are saying the Thwaites alone is worth about 2 feet of eventual sea-level rise. That will take a while to materialize and there’s a good change (in my opinion) there won’t be a human civilization around to experience it.

You can amuse yourself with NOAA’s “global sea level rise calculator” and see what your area will look like with 2 additional feet of water. [noaa] That’s US-only, so I can’t measure how fucked England and Europe are going to be. But it’s a safe prediction to say, “fucked.” 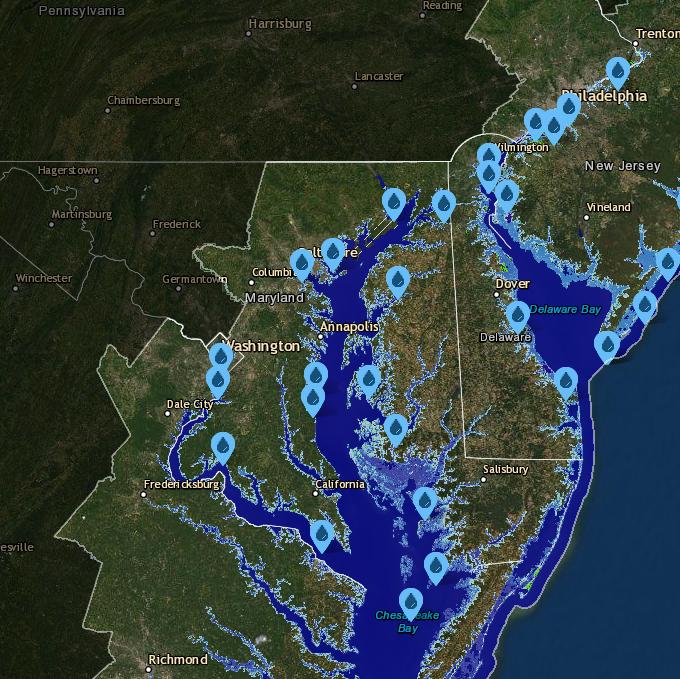 The good news is that “the south will rise again” is not going to happen. It’s going to sink back into a miasmic swamp. So will Washington, DC. New York and Boston will be gone. Florida will be a nub. New Orleans will be gone. Or maybe not “gone” – perhaps they will still be home to a resilient population of scrappers who enjoy riding out storm-surges and hurricanes. I guess there will be opportunity for wave-generation power. Seattle, San Francisco, and Los Angeles will be gone.

Ah, this is a global map: [climatecentral] I have to admit I found it a bit sad that the US climate agency’s map was a US-centric view of a global problem. That’s kind of representative of the whole situation, isn’t it? 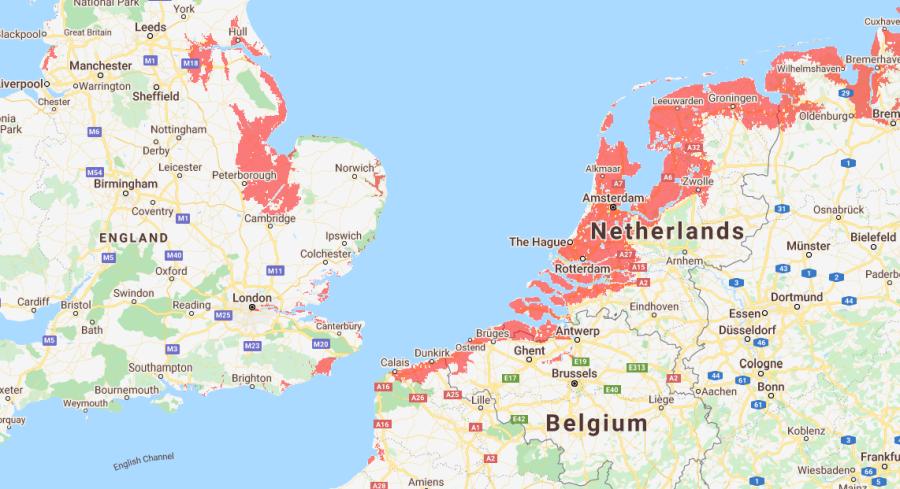 Southern Vietnam and Malaysia are gone. And, since Amitav Ghosh drew my attention to Kolkata: 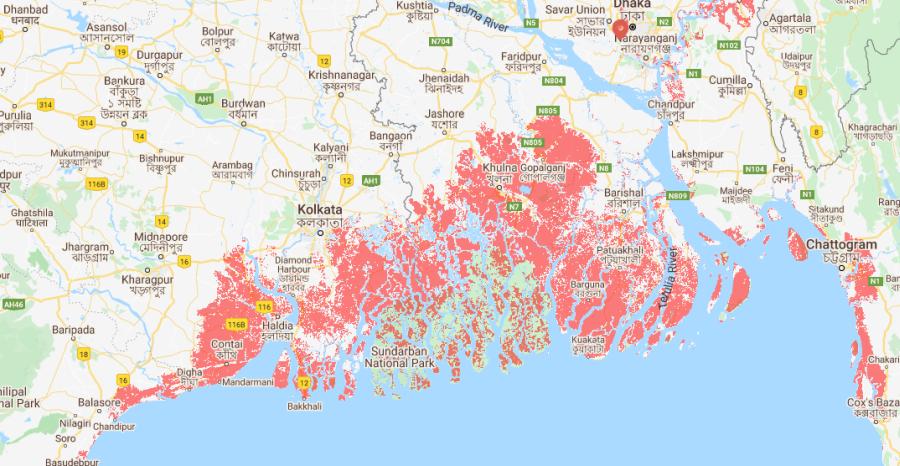 I was curious about China, because that’s the place the US warhawks have been trying to position as a geopolitical threat. My impression was that China was going to have huge problems, but that appears to be wrong. China’s problem is not sea level rise its flooding as the many river systems drain across the land. When I was an undergrad I took a couple semesters of Chinese history and it was amazing to hear things like “the Yellow River flooded and around 2 million people died.” Monstrous floods and consequent death have been part of the Chinese historical landscape from the beginning of written history. I won’t encourage you to look online but China is, right now, having extreme problems with flooding – stuff that makes the US’ recent flooding in Mississippi look like kids playing in a puddle. The reason I won’t encourage you to look for articles or video about that is because the US/European-based reporting on that issue is depressingly gleeful. They aren’t quite cheering but it sounds like crocodile tears to me. Maybe I’m just overly sensitive these days.

You’d think that all these things would keep our political leaders from pursuing their own ends (i.e.: to wreck everything and take over all the governments) but it appears that humanity’s prediliction for putting the worst examples of sociopathy in positions of responsibility is going to pay off, bigly.

Bob Dylan, of course. If Dylan were writing for the BBC the song would have been “Dramatic Change Is On The Way”