I am contemptuous of the stupidity of anti-vaxxers; anyone who studies the merest whiff of epidemiology and virology is going to understand that vaccines are a really good thing. All you have to do is ask anyone you know who has suffered from smallpox. Oh, you don’t know anyone who has had smallpox? End of discussion.

But, if you want to give the anti-vaxxers some red meat to chew on (i.e.: fatty and carcinogenic) tell them about this: the government plans to release gas into the New York subway system in order to turn everyone into liberals. [nbcny]

New York City’s response plans for a chemical or biological attack will be put to the test in the coming weeks as part of a federal preparedness study.

The MTA says the Department of Homeland Security working alongside a team of researchers and city agencies will deploy a non-toxic gas this month at about 120 locations across the city, including transit.

Most of the locations will be above ground, including some parks. A number of below-ground subway stations will also be included, though details on which ones weren’t known.

There are several reasons why this is stupid. First, and foremost, there are pretty good computer models that show air movement in various places and, from that, you can calculate the saturation you’d need to achieve with a certain gas or bio-agent, in order to have an effect. Secondly, the Aum Shinrikyo gas attack in Tokyo, 1995, conclusively demonstrated that a whole bunch of people crowded into a subway station are in fact vulnerable to bio-agents or chemical weapons. [nonproliferation] Sarin has been demonstrated to work and it would work fine in New York, too. But lastly and not least, it’s already been done. Most people do not know about this, but the US Army already did the experiment in 1966. [I lived in New York until fall 1966; maybe that is what happened to trigger my super-powers?] [business]

On June 6, 1966, a group of US Army scientists made their way into the Seventh and Eighth Avenue lines of the New York City subway. Some carried air sampling machines in boxes and on belts; others carried light bulbs.

The light bulbs were packed with about 175 grams of Bacillus subtilis bacteria, then known as Bacillus globigii – approximately 87 trillion organisms in each. The plan was to shatter them and then use the sampling machines to see how they spread through the subway tunnels and trains.

And please spare me the bullshit about how this was for defensive purposes; the US doesn’t actually have that many cities with subway systems, but the Europeans do. It was not a small test, either:

This test was one of at least 239 experiments conducted by the military in a 20-year “germ warfare testing program” that went on from 1949 to 1969. These experiments that used bacteria to simulate biological weapons were conducted on civilians without their knowledge or consent. That stands in direct violation of the Nuremberg Code, which stipulates that “voluntary, informed consent” is required for research participants.

That would have occurred during the tenure of Shiro Ishii at USAMRIID [stderr] and it carries his lingering stench. It also happened just in time for the Korean war, coincidentally. It’s ironic (if that’s the right word) that the Nuremberg Code is mentioned, because that is the jurisprudence Shiro Ishii should have been hanged under. But we must move forward, not look back, because ${reasons omitted for national security}. A 20 year long program with a massive series of experiments is hardly a minor effort. And guess what it showed? It showed that: bacteria work. I am wondering now how much of this stupid project is inspired by the national security state’s fear that COVID-19 was a bio-warfare attack, or a bioweapon that got loose. 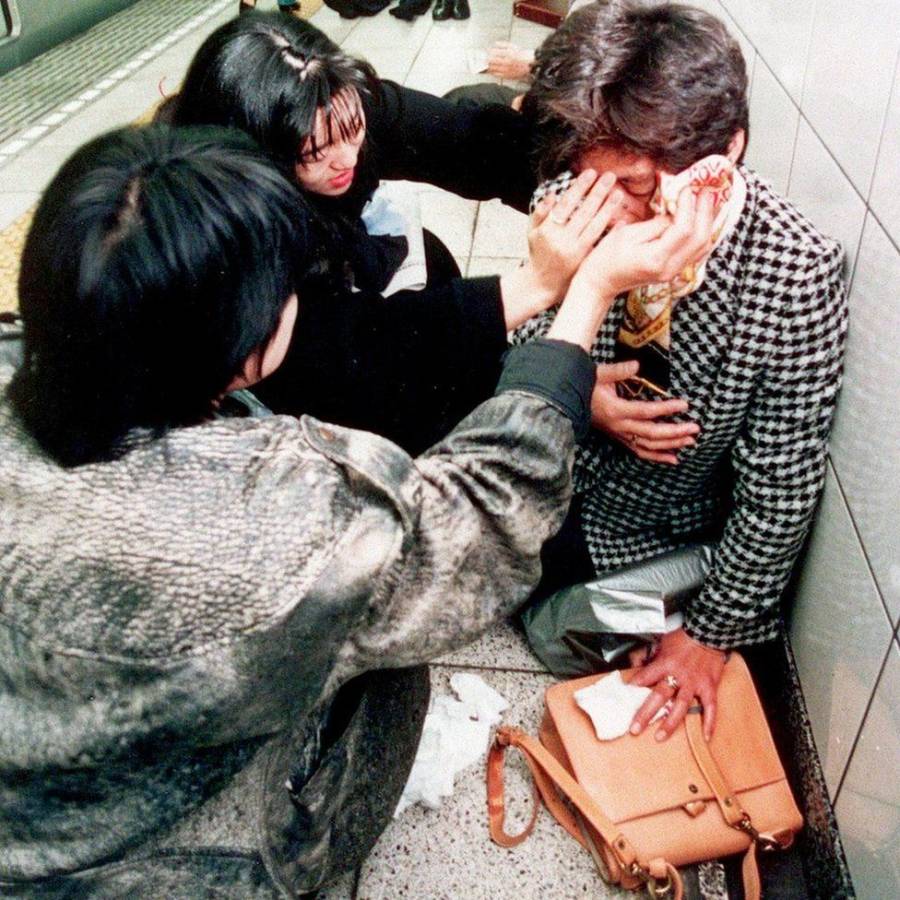 Sarin in a subway: it works

In which case, they should be looking toward USAMRIID not toward Wuhan, but that’s obvious. [cbsnews] The outbreak of ebola in Reston, Virginia (1989) implicates US bioweapons researchers far more thoroughly than the Wuhan research program implicates the Chinese. Why haven’t the anti-vaxxers figured out that the viruses the US Army released in the 1960s are what caused the momentous surge in autism since that time? It’s frickin’ obvious as sharks with frickin’ lasers mounted on their heads. The Reston ebola outbreak illustrated something, again, that we already new: ebola transmits in aerosols and it’s infectious. Duh.

The release of live Bacillus subtilis in New York was monumentally stupid because there was a vanishingly small chance that the bacteria might have mutated over time, having been given a massive population of new reservoirs in which it could spread. Now, with the various strains of COVID-19, we have confirmation of that predictable fact of virology.

Army scientists concluded that it took between four and 13 minutes for train passengers to be exposed to the bacteria. Five minutes after bacteria were released at 23rd Street Station, the bacteria could be detected at every station between 14th Street and 59th, according to the report. Between June 6 and June 10, they calculated that more than a million people were exposed.

Meanwhile, it turns out that Bacillus subtilis does cause health problems in some people, though it’s minor and, uh, infecting the US population with it helped build better, stronger soldiers or something. Bill Gates’ tagging virus edit had not been developed, yet, or by now everyone in the US would have the tags in their DNA.

All of this is fascinating stuff, but beside the point; or, well, it fascinates me. But the point is that the US government is, once again, preparing to use the population of New York city as unwitting experimental subjects in clear violation of the Nuremberg code. The anti-vaxxers on social media have been making a lot of noise about how “vaccines are a violation of the Nuremberg code” when they are not; rather obviously, people have a choice about vaccination and that’s why there are so many stupid anti-vaxxers and COVID-19 incubators (also known as “Texan republicans”) running around. But meanwhile the US government is preparing to do exactly what they are not supposed to do.

This is another of the downsides of the US’ endless fascination with unwinnable wars: hey let’s violate our citizens’ rights in order to confirm, once again, what the Japanese figured out on a time-line from Shiro Ishii to Aum Shinrikyo. Once again, the US government shows its fascination at the methods that terrorists use. I wonder why that is.

The NurembergCode was written in 1947 during the trial in Nuremberg, Germany, of doctors who conducted medical experiments on more than 7,000 concentration camp prisoners during World War II.