A young fellow I knew recently ended his life. We had discussed it before, and he was often miserable, saw no point in being alive, didn’t enjoy it, and as he said “never asked for it.”

It’s a topic I’ve wondered about off and on, and I’ve never been able to make sense of it. Comedian Sam Kinson (who I’ve “cancelled” due to his horrific homophobic sketches) used to do a sketch about it – the premise was “My soul was floating innocently in timeless space, with jesus and buddha, and you had to fuck and bring me down here!” I don’t have the superstition about souls, but there is still an issue of consent: how is it that parents are able to non-consensually bring us into the world? Who hasn’t, at some time in their life, thought, “I wish I’d never been born at all?” What the heck were your parents thinking when they decided to create you? Or, were you just a dumb accident born out of laziness? 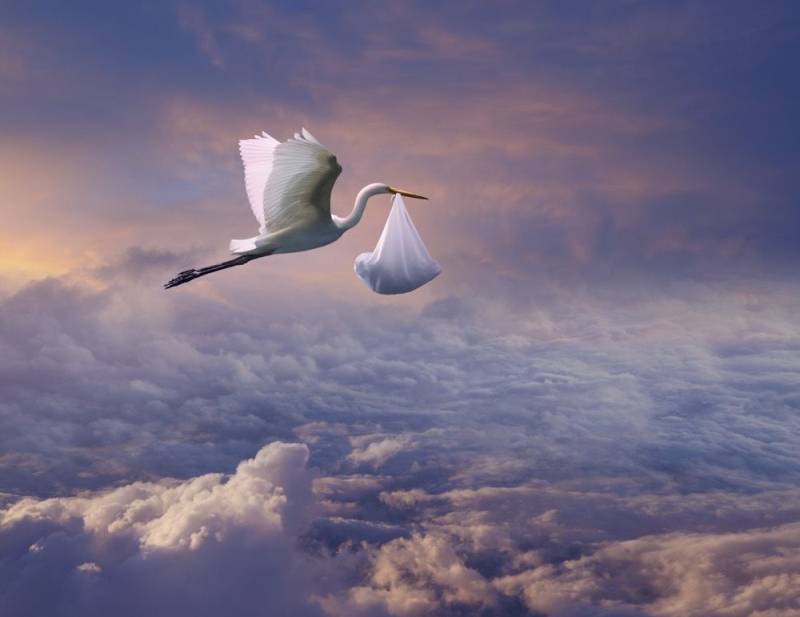 Obviously, there’s an issue obtaining consent from the unborn, because they don’t exist. So, does that serve as an excuse for the whole thing? It seems that the usual justification is that the unwanted gift of life is so valuable and important, it’s assumed that eventually we’ll realize it was a great thing and be grateful. To someone who has been miserable and depressed their whole life, that’s not a good argument. One does not owe gratitude to people who create them, for reasons of their own, based on a unilateral decision. And, proud parents are not (usually) confronted with disapproval: “You selfish asshole, you created a human because you were too drunk to get up and get a condom and decided to ‘take a chance’?” 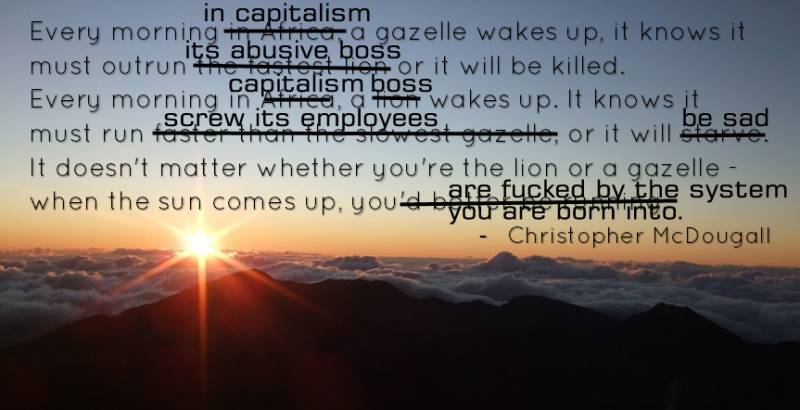 We can’t excuse parenthood based on good intentions, but some try: “the gift of life”, etc. To which, the response is: “the gift of gout, bad ankles, hunger and cold, and eventually a lonely death.” Because every parent who creates a child, has also doomed that child to eventually die. Maybe the parent thought it was a great big favor, but what if the child does not agree? It’s too late, by then. No doubt there are parents who have children and want to give them a great life, but just as often children are brought into the world to fill a hole in the parents’ needy psyche, or to be a helping hand when the parent gets old, or just in an act of monumental egotism: “I am so important that my genes are worth inflicting on the remaining life-time of the planet.” Which, of course, brings up another point: in spite of the size of the universe, we are still trapped in a limited biosphere, and any new human that is created is unwillingly invited to participate in the “rat race” of the culture they are born into. So, are the newborn rats.

My first experience with this train of thought happened when I knew a young couple who really wanted a child. There was something about them that didn’t quite “take” – they had a series of miscarriages, and resorted to in-vitro fertilization several times. Eventually, they had a successful pregnancy and the doctors informed them that the fetus was going to have spina bifida to an unknowable degree. The doctors hinted broadly that it was a good idea to terminate the pregnancy but, instead, they carried the fetus to term and produced – a tragedy. The child was never self-aware and lived about a year, sucking up all their remaining money, ruining their marriage, and driving the wife to near-madness. When I learned that they were going through with the pregnancy, I stopped talking to them and never saw them again. My feeling was that they were the most selfish people I had ever met: they cared only about their emotional neediness and were willing to create a painful and brief life because they were so special and important that the universe needed to carry a few of their spawn, or something like that. Never mind that there are plenty of kids who would love (not that they can consent) a good home and loving parents, available for adoption. No, it had to be their DNA or nothing. At the time, I remember thinking I couldn’t unpack all of the things in the situation, but it seemed unavoidable to me that the parents were racists, in addition to crazed with longing to pass on their genes.

Adoption seems to be less easy to challenge on the grounds of consent, but it’s still got problems. Obviously, the infant cannot choose to be traded around like a playing card. And, for every child that finds a good, loving, home, there are children that are adopted by people that abuse them. I knew a young woman who had been passed through several families, and she hated everyone especially the good christian family whose pater familias used to sexually abuse her. Naturally, when she finally went to child protection services, she was blown off because obviously she was doing fine. That was back in the 80s and maybe attitudes have changed enough since then, but I don’t have much faith in humanity left. For that matter, what about the “quiverful” families? I always wondered if their kids woke up some day and thought, “you fucking assholes created me because of your trollish, racist politics? I’m just a token in your game?” Those of us who are not ideologically crazed can step back, and look at the quiverful people and see that what they are doing is creating life for irresponsible, selfish, racist, politically questionable ideas – they aren’t creating the kids because they love kids, they’re creating them because they hate non-christians. May I say that’s obviously wrong? Yet, society tolerates it because this topic is one that cannot be easily addressed within a libertarian culture. [When I say “libertarian” there I mean: “concerned with liberties rather than privileges” not, you know, glib anarcho-capitalists with toxic individualism syndrome]

It seems unavoidably unethical to have children, so I have never blamed the largish percentage of children that grow up hating their parents, for seeing the situation from a dark perspective. If you could go back in time and mail your parents’ past selves a letter, would you give them the “go ahead” or tell your father to get the fuck up and grab a condom?

This is going to be more of a problem – not that anyone will be able to do anything about it – as climate change [and there’s still time for a nuclear war!] begins to bite: the living may envy the dead. I’d say there’s some possible defense of parenthood that can be issued on the basis that the parent is trying to give the child a better life than they had. What if that equation flips because the parents’ culture has fucked up the planet to the point where the child is most likely to have a worse life than the parents? “OK, boomer.” [Ballistic missile subs are also called “boomers”] I used to imagine that, if there were a nuclear war, humanity would die because no responsible person could bring a child into the post-apocalyptic world that would remain: agriculture failed, nuclear winter, poisoned water and air, “happy birthday!” But we can be sure that, as people frantically evacuate from wildfires brought on by human-caused drought, some number of children were being hauled along by the parents that had birthed them into that fucked up situation in the first place.

But, if we excuse something on the basis of being instinctive, what about our instincts to kill, steal, rape, and build massive mega-corps that allow us to amass gigantic wealth we can use to abuse other people’s children? If we excuse non-consensual person-creation on the basis that it’s an instinct, we have excused all crimes, or we have to somehow justify that making an exception for person-creation is somehow OK because the parents are ignorant, or something. I know it’s an “argument from ignorance” but I can’t imagine a good moral justification for non-consensually creating a person that does not become a meta-excuse for everything wicked. Maybe my imagination is not that good.

This kind of reasoning is flat-out weird, but it seems to me to be a consequence of philosophizing about ethics. It’s part of why I consider myself a moral nihilist: philosophizing about ethics leaves me staring at a plate of whagarbl – it doesn’t make sense. And, if a system of ethics results in contradiction and bullshit, then it’s only being applied selectively. If we say “consent matters” I can think of no bigger place where it should matter than in whether or not a new person is created. Conclusion: consent does not matter, because generally we consider this non-consensual thing to be good if not beautiful. It reminds me of the fanatical animal rights activist that I heard on some podcast or other, who said that they wished all the dogs in the world would die, because then the species would be free, as a whole, from human exploitation. That’s, um, a radical view and it makes me very uncomfortable because I like dogs and I think that some of them like(d) me. A person who favors non-consensual person-creation would probably say the same thing: “You know what? Kid are so cute I don’t care if I’m dooming them to a miserable life that ends in cancer, or whatever. Whee! Look at its little toesie-woesies!”

Where I’m left standing is that it’s unethical to have children unless you are pretty sure that you a) want them b) plan to try to raise them as well as you can c) have the resources to support them d) can try to give them a better life than you had. That’s a tall order; it leaves most of the people that are created as unwanted accidents.

Yes, I am familiar with the “voluntary human extinction project.”

I wanted to photoshop the picture of the stork to be an animated .gif with an alternate frame containing a stuka, but I just don’t feel like spending the time. Sorry! I did the motivational poster, though. [OK I did the photoshopping but the resulting .GIF is 250k and I try not to post large images here. So you’ll just have to imagine it]