I don’t want to say this, but Ka-Bar has become sort of like “The Collector’s Armory.” I don’t think their knives were ever particularly good – they tend to snap off right at the guard – but the US Marines needed an Official Knife and that was what they went with. 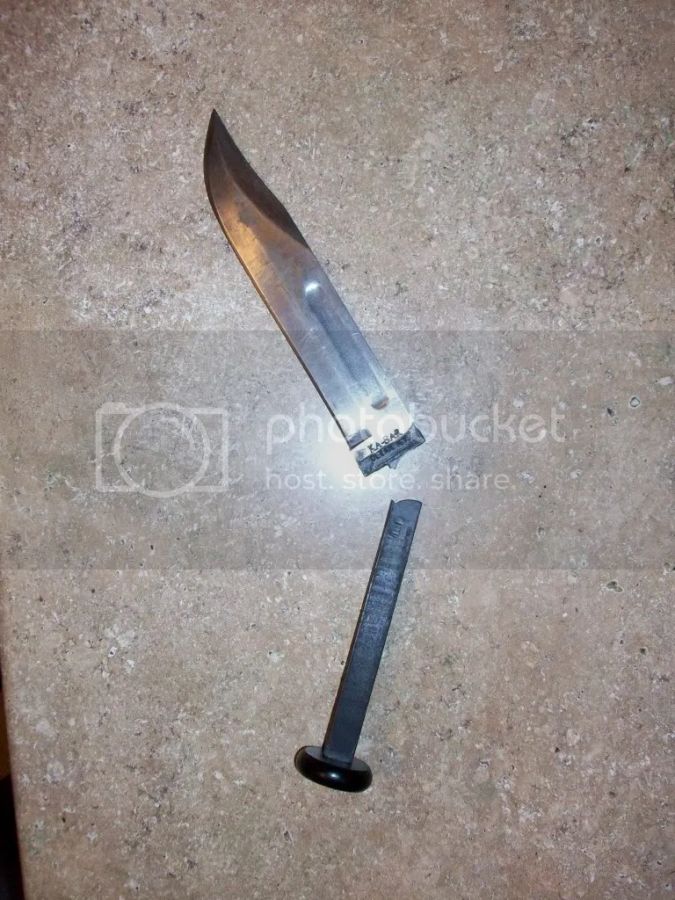 Combat knives need to be able to withstand lifting 200lb on the middle of the blade, by the handle. That’s typical stress a fighting knife might encounter. That’s why the solution to the problem is generally: listen to the Japanese. Japanese weapons’ tangs are an extension of the blade and there is no compromise of blade-strength at all in the design. Cooking knives, like I make, are another story: stick tangs are completely acceptable because you are not going to try to block a katana strike with your gyuto sushi knife. 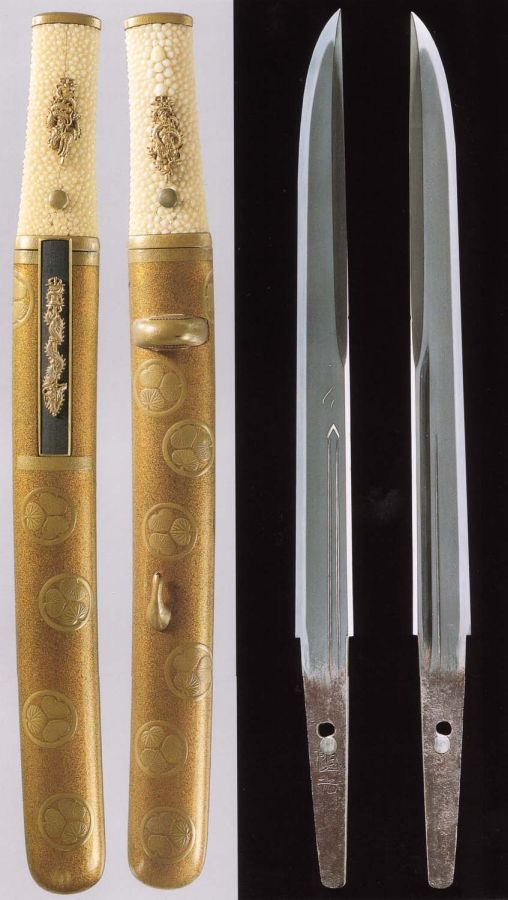 I chose the Kunimitsu as an example because a) like the Ka-Bar it has an unusual false edge and b) I love the little sanskrit character he carved into the blade. In case you don’t understand how this is done: the blade-smith goes to all the trouble to make as close to a perfect blade as they can, then they chisel into it. There is no “whups” allowed. On a Japanese war-blade only the edge is hardened, hence the distinctive edge-line, so the blade back is still soft enough to carve with a chisel.

All of this is me doing ruthless set-up. Imagine being an ordinary blade-maker and having someone comparing you to masterpiece cultural treasures from Japan? It’s simply not fair. Cry me a river. 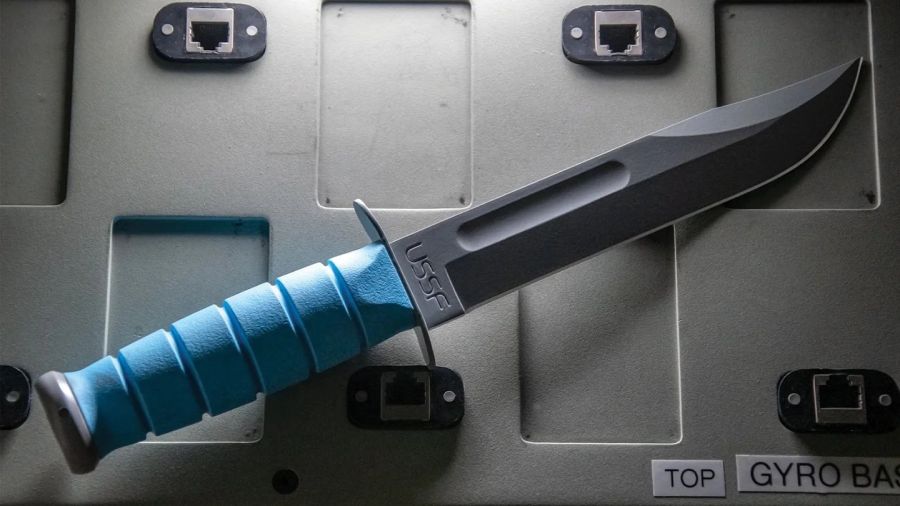 You’re probably thinking, “wow, that’s tactical as all fuck!” Then, you notice the logo. What is that?

I’ve been working with my brain-ratchet all morning trying to figure out how anyone in space will ever need a combat knife. Do these goobers fantasize about duking it out with Post-Soviet space mutants, in orbital zero-gee? If so, the whole dynamics of hand to hand combat will change dramatically. As usual, that’s my cue to say: “Time to get a gun.” Space combat will be characterized by weapons systems that do not have blue polymer handles and elegant gray phosphate finishes. The sad thing is, I can see a scene in a movie where the intrepid Space Force soldier needs to jump away from their orbital nuke platform, to rescue Sandra Bullock from unscheduled re-entry: they jam the knife blade into the thin aluminum of ${something}, tie a line around the handle, and leap to catch her flailing leg. At which point, the handle snaps off at the guard and our heroes thank Ka-Bar all the way down. Because the steel was already weak but it didn’t like being frozen in the cold of space.

I don’t want to be unfair, but it looks like Ka-Bar has just decided (like Collectors’ Armory) to cash in on the collectors/LARPers.

I found this wonder at Task and Purpose [task and purpose] They come with a matching scabbard, so you can see it better against the blackness of space. 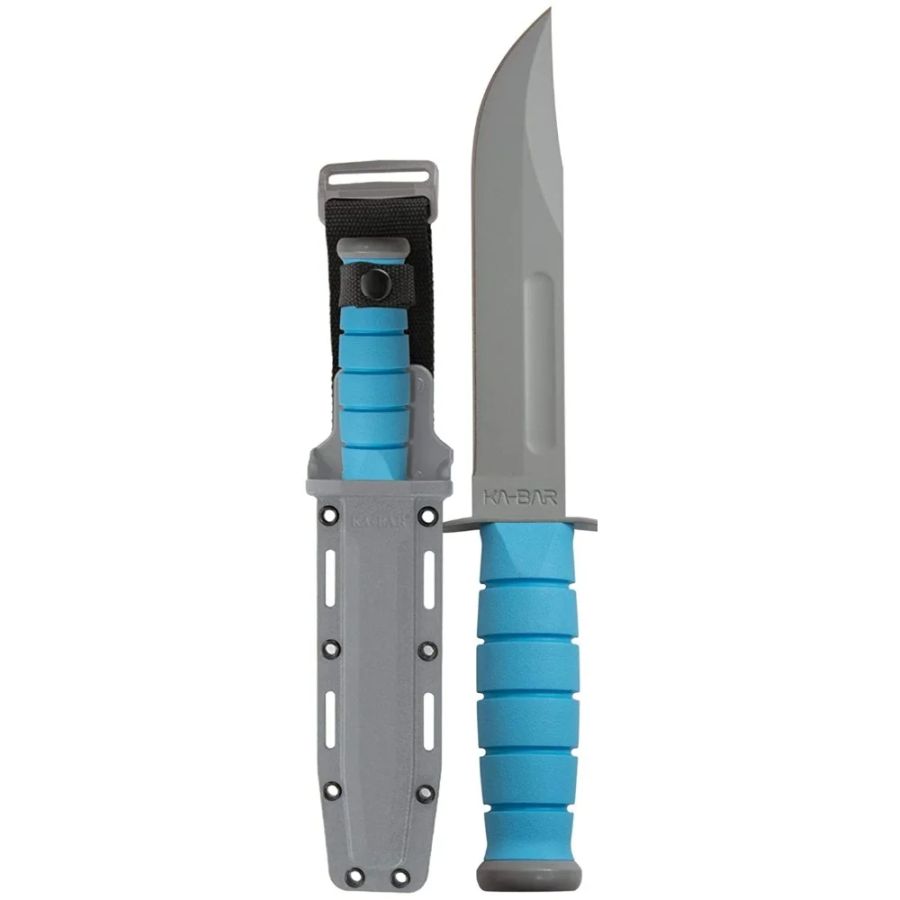 Look at the dumbass handle retainer – a little piece of nylon with a snap. Imagine having that badass knife strapped to your leg, you’re about to draw it and plant it in the side of the Soyuz so you can tie a rope to it, etc., and you’re fumbling with that goddamn wimpy little snap. A badass tactical knife needs some kind of quick release. Ideally something powered with a .22cal blank that shoots it out into your hand and puts you into an uncontrollable spin as you re-enter from orbit.

This little darling is available today for just ${?} at Amazon, [amazon] except it appears to have sold out. I guess the collectors/LARPers bought them as collectible investments. One thing I guarantee is these things will never wind up in a museum of national treasures like the Kunimitsu.

From The “They Did Not Listen, They Did Not Know How” Department » « Gutless Democrats Kick Their Own